A bitter custody battle and 3 young lives lost in California

LOS ANGELES — Erik Denton was supposed to see his three young children last Sunday, the one day every other week that he was allowed to be with them.
Apr 13, 2021 5:27 PM By: The Canadian Press 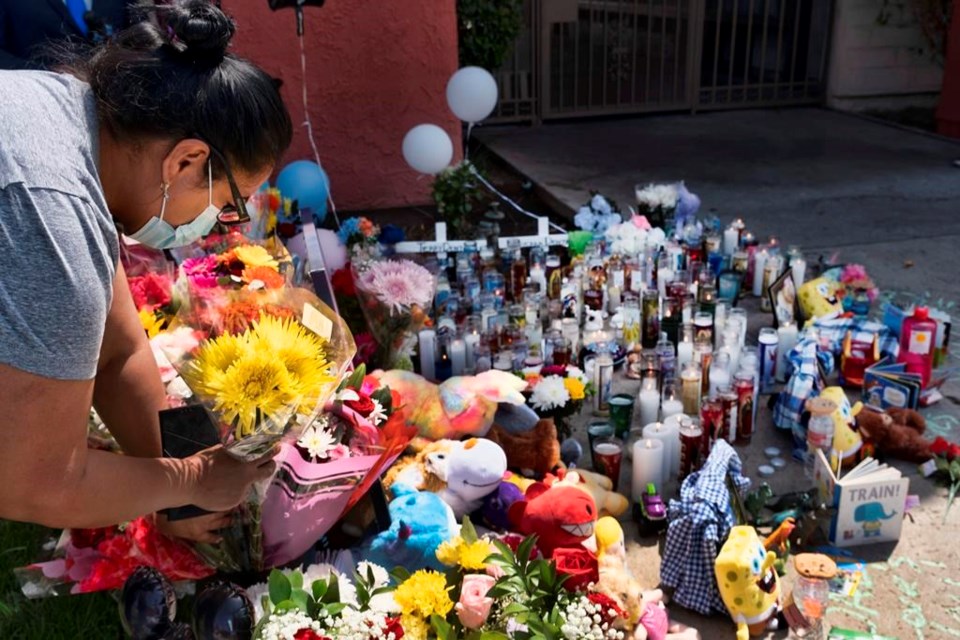 LOS ANGELES — Erik Denton was supposed to see his three young children last Sunday, the one day every other week that he was allowed to be with them.

Three-year-old Joanna, her 2-year-old brother, Terry, and 6-month-old sister, Sierra, had been staying with their mother — Denton's ex-girlfriend — in Los Angeles. Fearful for their safety, their father had petitioned the court for custody March 1, alleging their mother, Liliana Carrillo, was delusional and had taken the kids and refused to tell him where they were.

Carrillo, in turn, filed a restraining order against him and claimed Denton was an alcoholic who may have sexually abused their eldest child.

As the case wound through family courts in Tulare and Los Angeles counties, the parents traded accusations in dozens of pages of documents. Police were called, social workers were consulted, alarming text messages and Facebook posts were saved as legal exhibits.

A week ago, a Los Angeles judge agreed to move the case to Tulare County, where a hearing was scheduled for Wednesday.

It would be too late.

The children were found dead Saturday by their maternal grandmother in her Los Angeles apartment. Carrillo was their suspected killer and was arrested in Tulare County, nearly 200 miles (322 ) north of the scene.

LA detectives are seeking her extradition as the coroner's office conducts autopsies on the children. Capt. Chris Waters, who oversees the LAPD's Juvenile Division, said the investigation is ongoing. She offered her condolences and said the deaths were particularly tragic during National Child Abuse Prevention Month.

Denton, as well as attorneys who had represented Carrillo and Denton in their custody case, did not return requests for comment on Tuesday.

A memorial of photographs, candles, flowers and balloons paid tribute to the siblings as their father struggled to understand why his daughters and son had been left in their mother's care despite multiple red flags.

“I am afraid for my children’s physical and mental well-being,” Denton had written in court papers.

The Los Angeles County Department of Children and Family Services, the largest child protective services agency in the nation, was involved in the case. In a statement, the department declined to comment on its role but said it “joins the community in mourning.”

“Erik’s hands were tied by the law,” said Dr. Teri Miller, a Los Angeles emergency room physician who is Denton's cousin and helped him try to get custody of the kids. She told The Los Angeles Times: “He jumped through every hoop placed in front of him to get the kids back safely.”

Denton’s court filings tell of Carrillo’s post-partum depression following the birth of their middle child. She began therapy but quit. She self-medicated with marijuana, he claimed. In texts and social media posts, she said things like “I wish I never had kids” and threatened to kill herself.

Carrillo also believed she was “solely responsible” for the coronavirus pandemic, Denton wrote, and she thought that Porterville, the Tulare County city where he, Carrillo and the children had lived, was home to a “giant sex trafficking ring.”

In late February, her worsened, court documents show. During an outing at the park, their oldest daughter had fallen and landed on her groin area and later said it hurt. Carrillo believed the pain was from Denton molesting her, a claim he denied. He said she was checked by a doctor who found no evidence of abuse; Carrillo said the examination wasn't thorough enough.

On Feb. 25, Carrillo allegedly tried to leave their home with the kids in the middle of the night. Denton called 911, and Carrillo did not believe the responding officer was really a member of the police department. She threatened to take the kids to Mexico, where she has family.

The next day, a social worker contacted Denton and said she was worried about Carrillo’s mental state. She urged him to seek a court intervention, and Denton filed custody paperwork in Tulare County on March 1.

“I am very concerned about my partner,” Denton wrote, “and want to get her the help she needs to recover from this mental break and to become stable. I want her interactions with the children to be safe and healthy.”

Carrillo sought a temporary restraining order 12 days later in LA County. Through the courts, Denton and Carrillo agreed to swap Denton’s days to see the children — a few hours every other Sunday.

Last Sunday was supposed to be just his second visit with the kids under the new schedule.

Instead, he spent it in grief.

Five things to watch for in the Canadian business world in the coming week
May 9, 2021 7:00 AM