MONTREAL — Quebec will bring back an 8 p.m. curfew in the Montreal area and extend a lockdown order in three cities and one region as it tightened COVID-19 restrictions Thursday for the second time in three days.
Apr 8, 2021 3:54 PM By: Canadian Press 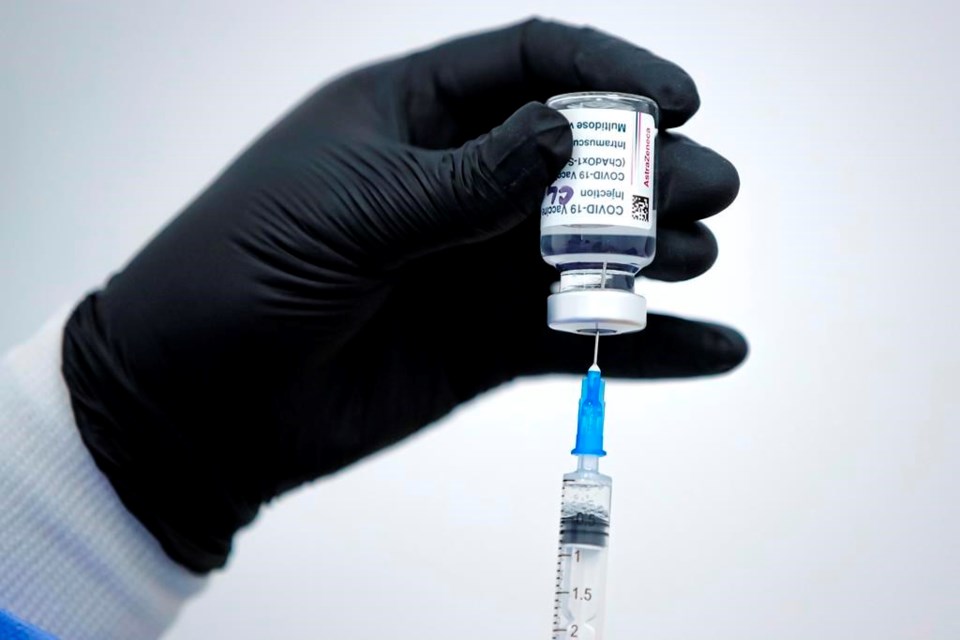 MONTREAL — Quebec will bring back an 8 p.m. curfew in the Montreal area and extend a lockdown order in three cities and one region as it tightened COVID-19 restrictions Thursday for the second time in three days.

Beginning Sunday, people in Montreal and its northern suburb of Laval will have to remain at home from 8 p.m. to 5 a.m. or face fines of more than $1,000, Premier Francois Legault said in Montreal. The curfew in that region currently starts at 9:30 p.m.

Legault said he is imposing the health order on Montreal and Laval as a preventive measure despite the fact new, daily COVID-19 cases in the region have been stable. He said health officials are near-unanimous that the heavy presence of virus variants will soon cause cases to rise rapidly in the densely populated area.

"Like many places in the world, we have to bring back restrictions," Legault said, adding that the curfew will help the government control people's movements and reduce transmission. The government has only offered circumstantial evidence indicating a curfew is successful at slowing the spread of COVID-19.

"Our challenge is to find a balance between mental and physical health, and there is no magical recipe to succeed against the pandemic," he said. Asked how long the curfew will remain at 8 p.m., Legault said: "until further notice."

Last week, Legault placed Quebec City, Levis and Gatineau under the earlier curfew. He did the same on Monday for several municipalities in Quebec's Beauce region. The government also closed schools and non-essential businesses in those areas, and Legault announced Thursday that the measures would be prolonged until at least April 18.

On Tuesday, Legault announced that gyms in COVID-19 red zones, including Montreal, had to close effective Thursday and places of worship had to limit attendance to 25 people.

Quebec reported 1,609 new infections Thursday, the highest daily tally since Jan. 21. The Quebec City region had the most new cases, with 436 — a 74 per cent increase from the previous day.

"People must be prudent because the virus is circulating enormously with the variants," Annie Ouellet, a spokeswoman for the Quebec City health authority, said Thursday.

She said Quebec City had conducted 5,044 tests in the past 24 hours — a record. The positivity rate is 7.9 per cent, up from around five per cent in the last week.

The province now has 11,452 active reported cases. Montreal had 370 new cases Thursday, Chaudiere-Appalaches reported 179 while the Outaouais reported 165. Authorities also reported a 23-patient jump in hospitalizations, for a total of 566, including 132 people in intensive care — nine more than a day earlier.

Legault said there are no plans to close schools outside of the four hot spot regions, but didn't rule it out. The situation would have to be "severe" to shutter schools in Montreal and Laval, he said.

"We hope that we don't need to close the schools until the end of June, but it can happen," Legault said. "At this point, we don't know, nobody knows."

The grim numbers came as the province pushed ahead with expanded vaccinations, leading to long lineups outside some vaccine sites early Thursday as walk-in clinics opened offering the Oxford-AstraZeneca vaccine to those 55 and older.

In Quebec City, officials said all doses available at two AstraZeneca vaccination clinics were accounted for within the first hour.

"The response was exceptional, some people were there very early, at 4:15 a.m.," Ouellet said.

Jean Nicolas Aube, a spokesman for the health authority running the mass vaccine site at Montreal's Palais des congres, said demand appeared to be strong, with lines beginning to form 90 minutes before the facility opened.

Early Thursday afternoon, there was a steady flow of people waiting in the atrium of the convention centre to be ushered into the vast vaccination site upstairs.

Richard Cormier, 56, said he felt great after rolling up his sleeve for a shot of AstraZeneca.

“I feel it’s my obligation to get vaccinated for society, my family and myself as quickly as possible,” he said.

Bertrand Cesvet, also 56, said he wanted to get the shot not only to protect himself and others, but to set an example for people who might be hesitant. He said he hadn’t been swayed by reports of rare side-effects associated with AstraZeneca in younger people.

“I believe in science, and I think the data is in favour of this vaccine,” he said.

Currently, the AstraZeneca vaccine is only available to those between the ages of 55 and 79, after the government suspended its use in younger people over concerns about rare but serious blood clots.

Health officials also reported nine more deaths attributed to the novel coronavirus Thursday. They said the province administered 47,769 doses of vaccine Wednesday, for a total of 1,685,046, just shy of 20 per cent of the population.

— With files from Morgan Lowrie