B.C.’s NDP government may be taking flak from Liberal critics about the pace of its vaunted child-care plan, but the Burnaby school board isn’t complaining.
Mar 10, 2020 5:30 PM By: Cornelia Naylor 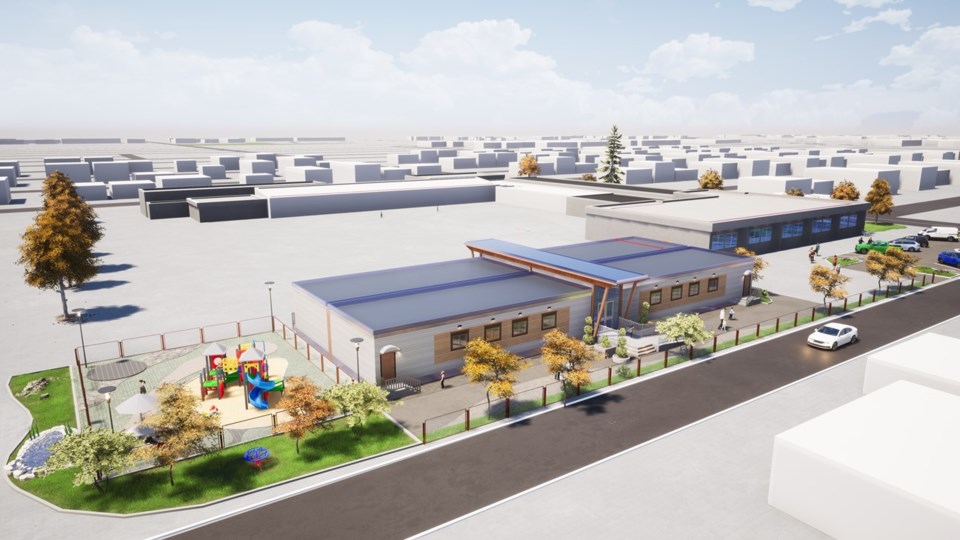 An artist's rendering shows what the design-built portables for new child-care centres at Burnaby schools will look like.

B.C.’s NDP government may be taking flak from Liberal critics about the pace of its vaunted child-care plan, but the Burnaby school board isn’t complaining.

The province announced Monday it had agreed to partner with the board on an ambitious home-grown plan to add child-care spaces at local schools.

The district said the province has agreed to chip in $13.7 million and the City of Burnaby has agree to provide $6.2 million.

Many of the spaces will be housed in new design-built portables.

The centres will be run by non-profits providing “inclusive environments for children, including serving those with extra-support needs, as well as vulnerable populations, Indigenous communities and families who are new to Canada,” according to a government press release.

Former Burnaby school trustee Katrina Chen, now the minister of state for child care, praised the school board for the plan at a funding announcement at Westridge Elementary Monday.

“These new spaces are being created through the collective strengths of our partners,” she said. “The City of Burnaby and the Burnaby school district have been among the first to step up and work with the province to deliver hundreds of spaces at a time. It's this kind of critical mass we want to see more of for all communities.”

The school board spearheaded the project in December 2018, when it directed staff to look into how more child-care could be put in place at local schools.

After nine months of study and community consultation, the district unveiled a detailed, three-phased plan in October 2019.

Modular units for the new child-care centres have already been ordered, and delivery is expected to begin in mid-May, according to a recent buildings and grounds committee report.