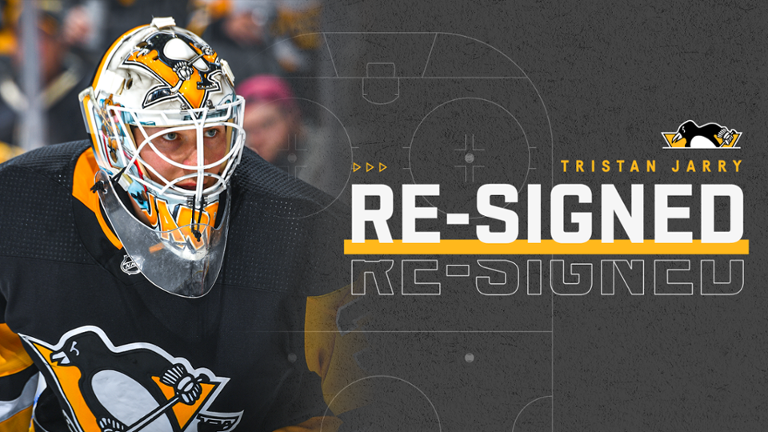 Tristan Jarry is staying in the Igloo.

The Pittsburgh Penguins announced on Saturday the 25-year-old goaltender from North Delta has signed a three-year contract extension with the NHL club. The contract will run through the 2022-23 season and carries an average annual value of $3.5 million.

"Tristan is coming off of an all-star season and has demonstrated the ability to be a regular starter for us," said Penguins GM Jim Rutherford. He is a fundamentally sound young goaltender who we believe is a great asset for the Penguins.”

Earlier today, @tjarry35 spoke to the media about his new contract.

Give it a listen ⬇️ pic.twitter.com/vvIaYaSMV9

Jarry’s career year included setting the franchise shutout record at 177:15 minutes between Nov. 29-Dec. 10, which included back-to-back shutouts against St. Louis (Dec. 4) and Arizona (Dec. 6). Two games later, he became just the second goaltender in Penguins history to record three shutouts in four appearances. Jarry split the first four seasons of his professional career between Pittsburgh and the Wilkes-Barre/Scranton Penguins of the American Hockey League. He was named an AHL All Star in 2017.

He came through North Delta Minor Hockey Association’s rep program and also spent time with the Major Midget Greater Vancouver Canadians and the Delta Hockey Academy before a stellar career in the Western Hockey League with the Edmonton Oil Kings. The Penguins selected him 44th overall in the 2013 NHL Entry Draft.

His family also has ties to Ladner with his dad Dave and uncle Don owning Jarry’s Market.