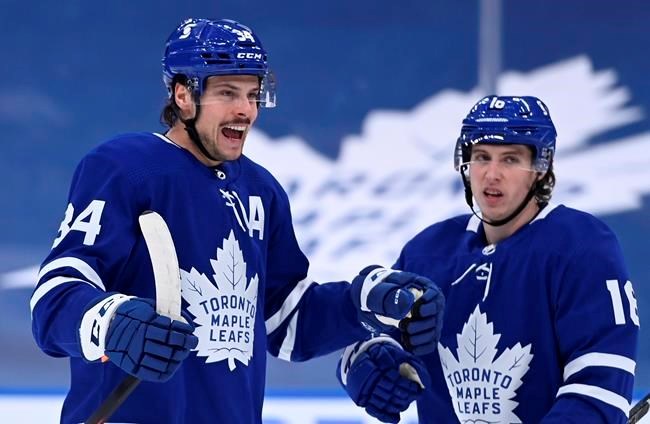 NEW YORK — Toronto Maple Leafs centre Auston Matthews has been named the North Division's player of the month for February.

Matthews led the NHL with 12 goals and placed second with 21 points in 11 games to propel the Maple Leafs to a 9-2-1 February and the top of the league standings.

The 23-year-old Scottsdale, Ariz., native leads the NHL with 18 goals through 20 games this season.

Matthews has missed Toronto's last two games with a wrist injury, though he practised Wednesday and said he hopes to be ready for the Maple Leafs' game Wednesday at Edmonton.

Meanwhile, Ottawa Senators winger Tim Stutzle was named the NHL's rookie of the month for February.

This report by The Canadian Press was first published March 2, 2021.