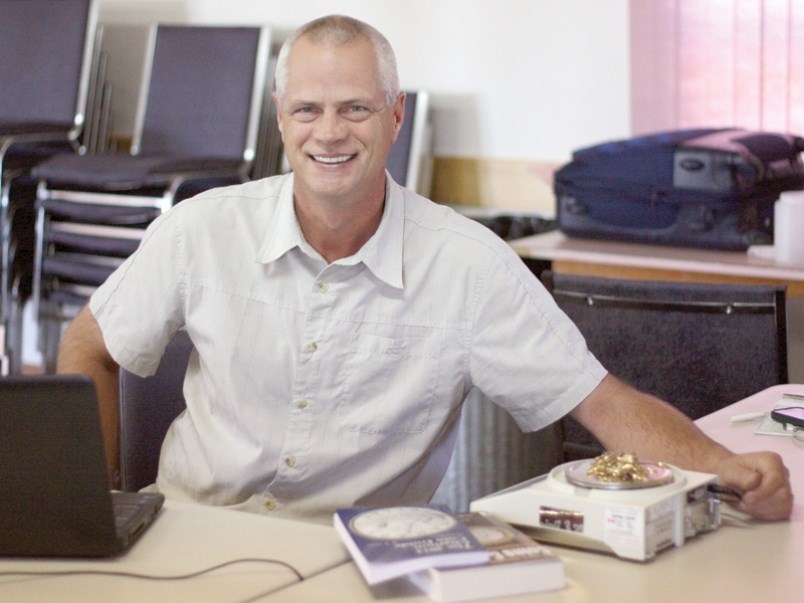 Anyone curious to discover what their gold jewellery or coin and paper money collections may be worth can find out at the Precious Metals Recycling Roadshow, which returns to Powell River on Saturday, October 3, and Sunday, October 4, at Cranberry Seniors Centre.

Ursa Major Gold, Silver and Coin president Barry Dick and another buyer will be on hand between 10 am and 5 pm to analyze and purchase gold, silver, coins, paper money, sterling silver and flatware, gold nuggets and jewellery from sellers on a first-come, first-served basis. An appointment is not required.

Dick says it is helpful for people to bring their precious metals, coins and collectible paper money just to see what it is worth.

“There’s no charge for an assessment,” says Dick. “We’re just going to tell you what your gold, silver, platinum and coin and paper money collections are worth based on today’s market. That way you’ll know if you should keep it in a safety deposit box or in a sock.”

There is no obligation for anyone to sell, says Dick.

“I’ve been in this way too long to pressure anybody,” he adds.

Dick says gold prices are at all time record highs in Canadian dollars, and although not a record, silver is at an eight-year high, he adds.

“The weak Canadian dollar versus the US dollar has a lot to do with that, explains Dick, who started in the business part-time at age 16 before it eventually evolved into a full-time career. He has been working in the field for 40 years.

Ursa Major specializes in providing assessments with an explanation of the detailed process while the owner watches.

Coins with collection value are graded and separated from those that have a “melt” value. Dick says coins made up to the 1960s were crafted with precious metals, unlike the way coins are produced today.

A collector himself, Dick says he will examine “any coin made since the dawn of civilization.”

The oldest coin he has ever encountered was one from 450 BC, but he adds that 2,000-year-old coins are not exceedingly rare.

“They are more common than you think,” he adds. “High-priced anything comes from rarity; not from just the fact of it being old.”

In addition to coins, Dick says he is also interested in collectible Dominion of Canada, Bank of Canada and American notes for the collector market.

Silver jewellery and flatware are analyzed for identification, as are items believed to contain gold. Dick says the assessor will confirm if the item has gold in it with a precise test while the owner watches.

Each piece of gold jewellery will be assessed for its gold content and separated by karat, then a cash offer is made and potential sellers can decide whether to accept it or not. Dick says his company has many years of experience working respectfully with estates, executors, widows and widowers.

Bringing one’s gold to be purchased is also an eco-friendly option, says Dick.

“Nearly half of the world’s annual gold harvest comes from recycled gold,” says Dick. “Energy costs are about $500 to mine a new ounce of gold, while for recycled gold it’s only about $10 per ounce. That prevents a lot of diesel from being burned.”

Precious metals bought at the show and later melted down return to the market with a substantially smaller carbon footprint, says Dick. He adds that recycling may be a good option for out-of-fashion jewellery, single earrings, broken chains, bracelets and dental gold.

“You take your old newspapers and put them in the blue box and you get a good feeling from doing that because they are not being thrown away,” says Dick. “When you recycle your gold, silver or platinum, you get that good feeling, but you also are rewarded for this. This is recycling that’s going to pay you quite handsomely.”