In US, Pride Month festivities muted by political setbacks

It’s Pride Month, and gay Americans should have a lot to celebrate: A new president who has pledged to advocate for LGBTQ people, an easing of a pandemic that has disrupted their communal activism, and increasing public acceptance of their basic righ
Jun 11, 2021 4:32 PM By: The Canadian Press 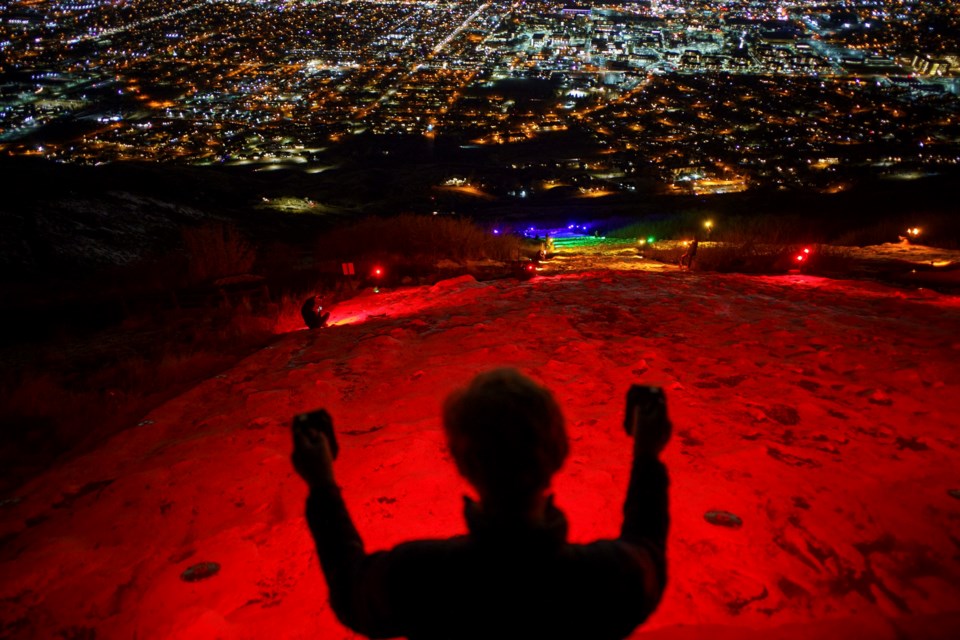 It’s Pride Month, and gay Americans should have a lot to celebrate: A new president who has pledged to advocate for LGBTQ people, an easing of a pandemic that has disrupted their communal activism, and increasing public acceptance of their basic rights, including record-high support for same-sex marriage.

Instead, the mood is somewhat bleak. Congress has so far failed to extend federal civil rights protections to LGBTQ people. Pandemic-related concerns are still disrupting the usual exuberant Pride festivals. And a wave of anti-transgender legislation in Republican-governed states has been disheartening

“The same week I’m seeing all the ‘Happy Pride’ announcements, I received multiple calls from friends about trans kids having to navigate entering psychiatric hospitals because they were suicidal and self-harming,” said M. Dru Levasseur, a transgender attorney who is director of diversity, equity and inclusion for the National LGBT Bar Association.

“I’m doing crisis management,” he added. “These untold stories about what life is like for trans kids are contrasting with ‘Happy Pride, everybody.’ ”

On June 1, the start of Pride Month, Florida Gov. Ron DeSantis signed a bill making his state the eighth this year to ban transgender girls from competing in girls’ sports at public schools. Arkansas, one of those eight states, also has enacted a law banning gender-confirming medical treatments, like hormones and puberty blockers, that greatly reduce the risk of suicide in trans youth.

“Our opponents have been absolutely shameless in their attacks on transgender people,” said Kevin Jennings, CEO of the LGBTQ-rights group Lambda Legal.

“We know that trans young people are most marginalized and vulnerable students in our schools -- being bullied, harassed, mistreated,” Jennings said. “We’re watching state legislators piling on to the bullying.”

The trans community already faces a disproportionate level of violence. At least 28 trans and gender nonconforming people have been killed so far this year in the U.S. -- on track to surpass the previous one-year high of 44 such killings in 2020.

Activists’ concerns extend beyond transgender issues. For many, the top political priority is passage of the Equality Act, which would extend federal civil rights protections to LGBTQ people. It was approved by the Democratic-controlled U.S. House and is backed by President Joe Biden, but probably needs at least 10 Republican votes to prevail in the closely divided Senate – and thus far has no GOP co-sponsors.

“Senators are having those conversations now,” he said, mentioning Republicans such as Susan Collins of Maine, Lisa Murkowski of Alaska, and Rob Portman of Ohio who have supported some LGBTQ-friendly legislation in the past.

Amid the disappointment, Pride festivities are proceeding, but many have been subject to downsizing, postponement and – in some cases -- controversy.

The Pride parades in San Francisco and Los Angeles have been canceled for a second year in a row, due to uncertainty about COVID-19 restrictions. Organizers are offering smaller in-person events this month.

Philadelphia has scrapped its large-scale parade; there are plans for a festival instead on Sept. 4. Chicago’s parade has been rescheduled for Oct. 3.

In New York, most events for NYC Pride will take place virtually, as they did last year, though some in-person activities are planned.

NYC Pride organizers incurred some criticism last month after banning police and other law enforcement personnel from marching in uniform in the annual parade until at least 2025 and asking that on-duty officers keep a block away from the celebration. The Gay Officers Action League said it was disheartened by the decision.

Some recent developments have encouraged the LGBTQ community – the overturning of a Trump administration ban on transgender people joining the military; the ground-breaking appointments of Pete Buttigieg, who is gay, as transportation secretary, and Dr. Rachel Levine, who is transgender, as assistant secretary of health.

And this week, Gallup reported that 70% of Americans now support same-sex marriage, the highest number since Gallup began polling on the topic in 1996, when support was at 27%.

But to many activists, these developments are offset by setbacks to transgender rights.

Amy Allen, mother of a 14-year-old transgender boy in the suburbs of Nashville, said her family is dismayed by the multiple anti-trans bills winning approval in Tennessee – including one exposing public schools to lawsuits if they let transgender students use multi-person bathrooms or locker rooms that don’t reflect their sex at birth.

’We’ve done a pretty good job within our family of really supporting him,” Allen said of her son, Adam. “ Then to have this new layer of the legislation -- having to think how that could directly affect his day-to-day life just adds more anxiety.”

It’s worrisome enough, Allen said, that she and her husband – who have roots in the Northeast – are considering relocating there if Adam’s situation worsens.

Activists have expressed dismay at the lack of corporate backlash to the new anti-transgender laws.

A particular disappointment for activists is the NCAA, which – despite calls for it to take punitive action – located some of this year’s regional softball and baseball tournament games in states that enacted bans on transgender girls’ sports participation.

It’s a sharp contrast to the NCAA’s stance five years ago, when it refused to hold championship events in North Carolina for several months after its legislature passed a bill restricting transgender people’s use of bathrooms in public facilities.

“The NCAA should be ashamed of themselves for violating their own policy by choosing to hold championships in states that are not healthy, safe, or free from discrimination for their athletes,” said Alphonso David, president of the Human Rights Campaign.

Among the transgender Americans with mixed feelings about Pride Month is Randi Robertson, who rose to the rank of lieutenant colonel during 22 years in the Air Force and now combines work as an airline pilot instructor with transgender-rights advocacy.

She is relieved that the Biden administration, unlike its predecessor, pledges support for expanded LGBTQ rights, yet she says activists should be combative rather than complacent.

“The fundamentalist, evangelical right has chosen expressly to attack the smallest, most vulnerable part of the LBGT community (transgender people),” she said. “The broader narrative is we’re actually winning. Now is not the time to give up -- now is the time to double down and keep the pressure on.”