B.C. man selling a mostly-complete, handmade submarine built by him and his father 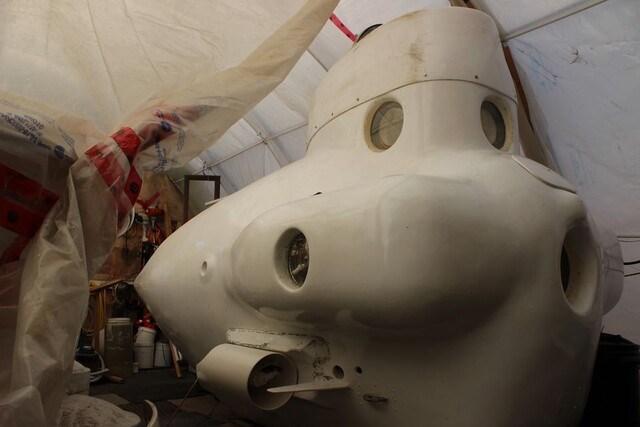 This water vessel is for sale.Contributed

Anybody have a spare $94,000 to buy a homemade submarine?

A Keremeos man has one listed on the Kelowna swap and shop Facebook page, hoping to find somebody who would have the means to finish completing the water vessel.

“It was made by me and my father, it's not completed yet though,” Tim Birmingham said, adding that they had started building it in the 1970s for about 13 years.

His father happened to be good friends with Allan Trice, a senior designer with International Submarine Engineering Ltd and had worked at the International Hydrodynamics Ltd (Hyco) in North Vancouver.

Trice was also credited alongside Mack Thompson for building the Pisces class series of subs, according to the Historical Diving Society of Canada.

Birmingham's father worked alongside Trice in the way of design along with another shipbuilder from Nanaimo.

"We made it to get boom boats up out of the Georgia Strait, they used to lose a lot of them,” Birmingham explained. “Also the US and Canadian Navy wanted us to pick up torpedoes that they were testing... but my dad was very much against the testing of torpedoes so we declined the offer."

They also got feedback from the Marine Technology Society in the United States on their work.

“Then he decided, due to lack of money, not to finish it, so he left it to me and I have never finished it.”

But Birmingham has continued to put in work throughout the years looking after it.

“It’s time to [sell], I’m 65 years old and I haven’t finished it yet and I certainly would like to see somebody finish it,” Birmingham explained, estimating it would need around $15,000 of work put into it over about six months to a year.

“The reason that it's not finished is I cannot test it by itself, you need two people to do that. You need somebody on the surface to start with that sort of thing.”

The submarine is all made with polyester resin and fibreglass, weighing in at one ton. All the controls are built inside the hull and used manually.

Two people can fit inside the hull and stand up. The tower allows you to see about 270 degrees around the sub and sonar navigation is equipped throughout.

“Just the fibreglass and polyester resin, to buy it right now would cost $100,000 without the design or anything.”

It was built to work in saltwater, but freshwater is also fine, according to Birmingham. It has also been tested to 2500 ft., non-occupied.

“I was thinking Adams Lake is the perfect lake for testing it because it's very deep,” he said.

“It can be loaded easily, in 15 minutes you can load it onto one of those flat decks... It's got stainless steel runners on the bottom. I've moved it many times.”

The submarine is currently registered as a small pleasure craft and the buyer would most likely need a boating licence.

Birmingham explained that the submarine has always been kept indoors so it's in perfect condition, and still holds a special place in his heart as a project built by him and his dad.

“There a lot of things to know about it, so I want to make sure that if somebody buys it they needed to understand them.”

For more information on the handcrafted submarine, contact Birmingham by email at c.5fishes@gmail.com or by phone at 250-499-1971.