Testing has also increased to one of the highest totals so far this year.
Mar 5, 2021 4:51 PM By: Glen Korstrom 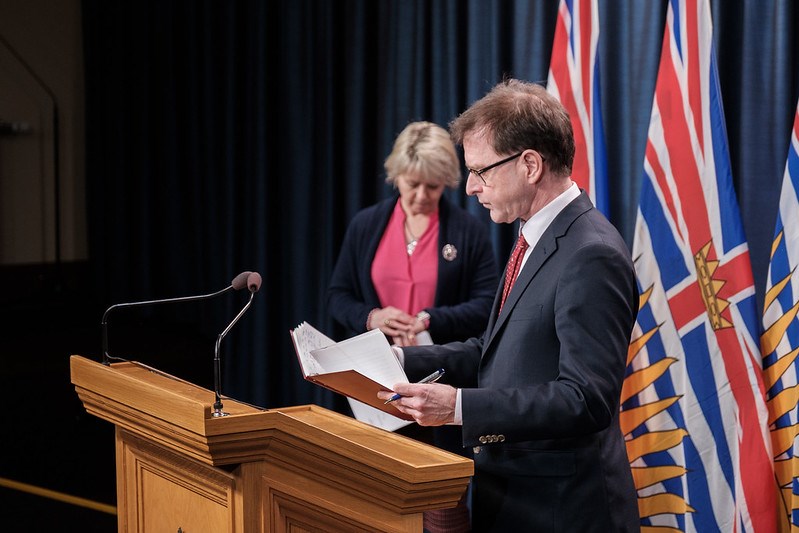 While B.C. is getting some good news when it comes to likely future supply of COVID-19 vaccines, many metrics to chart the spread of the virus in B.C. are trending in the wrong direction.

Health officials reported 634 new infections overnight. That is the second highest total so far in 2021, as it was only surpassed by the 761 cases identified on January 7. The number of people in hospital because of viral infections rose by seven overnight to 255 people, which is the highest total since February 4, more than a month ago. The 66 patients in intensive care wards of hospitals is the highest number in more than a week.

Health Minister Adrian Dix and provincial health officer Bonnie Henry said in a joint statement that they were not yet confident enough in the recovery to ease health-order restrictions.

"We are regularly reviewing the public health restrictions to assess when we can safely ease them," Dix and Henry said. "We know many are keen to resume activities and we will open what we can when we have the confidence it is safe to do so."

Thankfully, there were comparatively few deaths in the past day – four, which is lower than the average in the past week.

Another 8,861 people are being closely monitored for symptoms because they were exposed to at least one person identified as having been infected.  That is the highest number of people under observation since January 6.

Some good news is that the province conducted 10,384 tests in the past day, which is one of the higher totals for the year. That makes the positive-test rate in the past day 6.1%, which is lower than yesterday and in the range for the past week.

The vaccine roll-out is starting to ramp up, but the 12,347 doses administered in the past day was not a record, as it was 193 fewer doses than the record 12,540 doses provided on February 26. The strategic shift toward holding off on providing recipients with second doses was clear, as 12,228 people received their first dose of a vaccine in the past day, with only 119 people receiving a second dose.

News today that Health Canada has approved the Johnson & Johnson vaccine is likely to provide a shot in the arm to B.C.'s vaccination effort.

"This has been a week of progress in our COVID-19 response, as we ready our province to begin our age-based immunizations and integrate the AstraZeneca-SII vaccine into our program," Dix and Henry said.

"Starting on Monday, vaccine appointment bookings for people over 90 [years old] and Indigenous people over 65 [years old] will get underway, with appointments available in communities province-wide. We ask that anyone outside of this age group waits to call until their registration window begins."

The Fraser Health region is home to an increasingly disproportionate percentage of new infections.

One new outbreaks of COVID-19 was identified at a seniors' home in the past day: Holmberg House Hospice in Abbotsford.

None of the ten active outbreaks at seniors' homes is in the Vancouver Coastal Health region.

Royal City Manor is by far the largest of those current outbreaks, as it has had a total of 133 cases and 31 deaths, according to government data up until March 2.

The outbreak at Glacier View Lodge in Courtenay is the only outbreak at a seniors' home in the Island Health region.

The only outbreak at such a facility in the Northern Health region is at the Acropolis Manor in Prince Rupert.

The two active outbreaks at seniors' living facilities in Interior Health are now at Brocklehurst Gemstone Care Centre in Kamloops, and The Florentine in Merritt.