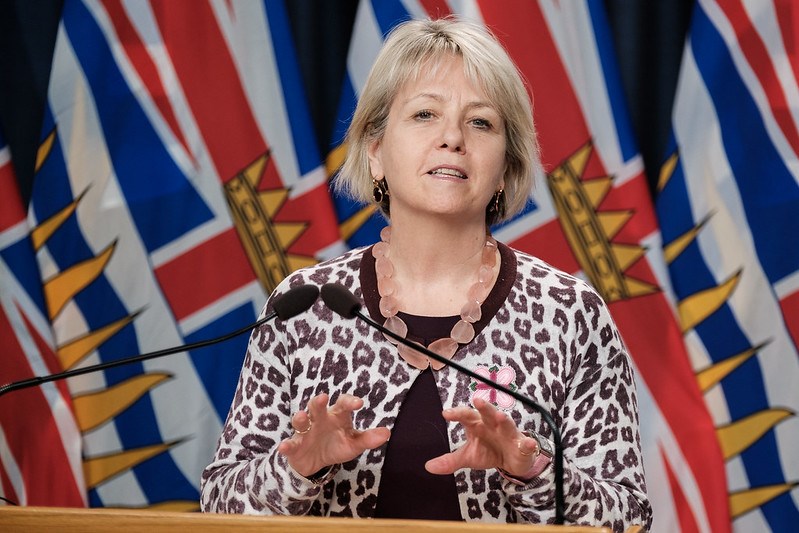 B.C. announced March 3 that it has vaccinated more than 200,000 individuals with at least one dose of a COVID-19 vaccine – 11 weeks after the first dose was administered in the province on December 16.

B.C. officials said earlier this week that they expect all eligible British Columbians to have been vaccinated by the end of July. In order to do that, the province will need to increase more than tenfold the number of people that health officials vaccinate each day, to around 26,666.

Health officials administered 6,627 doses of vaccine in the past day, to 6,543 new people, and a mere 84 second doses to individuals who have already had their first doses.

Provincial health officer Bonnie Henry and others have explained that the new strategy is to focus first on vaccinating people with single doses, and to leave second doses until as long as 112 days after the first dose because of supply shortages. The rationale for this tactic is also that first doses provide significant immunity and it is smarter to vaccinate as many people as possible with first doses, to limit the spread of COVID-19, than to focus on having people fully immunized with two doses.

The spread of COVID-19 in B.C. is not abating. Officials detected another 542 new infections overnight, for a total of 81,909 cases since the first infection was detected in late January 2020. The vast majority of the 4,654 people actively infected with the virus in B.C. have been told to self-isolate, but 246 people are sick enough to be in hospitals, with 64 of those in intensive care units.

Another seven people died overnight while being infected with the virus, raising B.C.'s death toll from COVID-19 to 1,372.

More than 92.5%, or 75,819 people, who were infected with the virus, have tested negative twice and are therefore considered by the province to have recovered. Health officials are also closely monitoring 8,617 people for symptoms because they have had known exposure to identified cases.

"There have been 18 new confirmed COVID-19 cases that are variants of concern in our province, for a total of 200 cases," provincial health officer Bonnie Henry and Health Minister Adrian Dix said in a joint statement. "Of the total [variant] cases, 11 are active and the remaining people have recovered. This includes 176 cases of the B.1.1.7 (U.K.) variant and 24 cases of the B.1.351 (South Africa) variant."

There were no new outbreaks of the virus at seniors' homes, nor were there any active outbreaks in those homes that were declared over.

None of the nine active outbreaks at seniors' homes is in the Vancouver Coastal Health region.

The outbreak at Glacier View Lodge in Courtenay is the only outbreak at a seniors' home in the Island Health region.

The only outbreak at such a facility in the Northern Health region is at the Acropolis Manor in Prince Rupert.

The two active outbreaks at seniors' living facilities in Interior Health are now at Brocklehurst Gemstone Care Centre in Kamloops, and The Florentine in Merritt.