'It wasn't a secret there were going to be deaths': An Indigenous studies professor at Simon Fraser University says many schools' architectural drawings included cemeteries.

What’s tragically ironic is the sign’s language is almost gone, defaced with graffiti.

The cemetery, containing graves of children who died at St. Paul’s Indian Residential School, is fenced and gated. But the fence is battered, people having forced their way in.

In a way, it’s emblematic of what happened to the estimated 3,200 children snatched from their families nationwide who died in Indian residential schools, now a national focus as Canada prepares to mark National Indigenous Peoples Day June 21.

The issue of the horrors of the schools has put Canada into a stark global spotlight after the remains of 215 children were located at the Kamloops school.

However, Kamloops is just one of 18 that operated in B.C., in addition to others across Canada, where mortality rates ran into the double digits.

Many are asking why a school would be designed with a cemetery.

“It wasn’t secret that there were going to be deaths,” said Yellowhorn, principal investigator of a team readying to identify children buried in unmarked graves at Manitoba’s Brandon Indian Residential School. 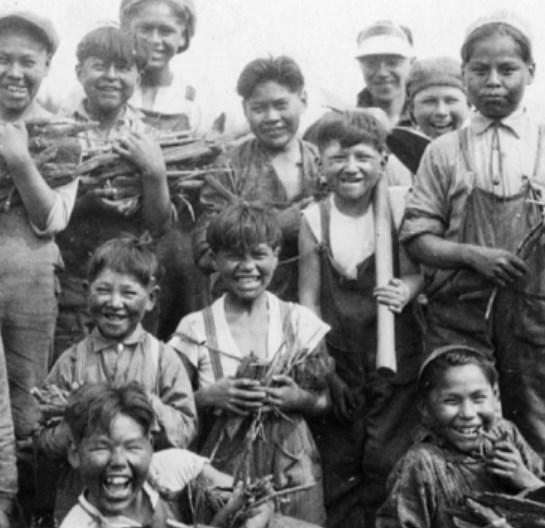 Now, St. Thomas Aquinas Secondary School is on the site of the St. Paul’s school several blocks from the cemetery.

“Many of my Elders went to that school,” he said. “We know. We've heard stories that kids passed away at St. Paul's and were buried there. We've always known that as Squamish peoples and Indigenous peoples.”

Indeed, many schools had cemeteries with graves of children who died as a result of violence at the hands of nuns and priests or from poor care and malnutrition. Others were children who died at birth, offspring of young girls sexually assaulted by priests. Some of those babies may not have made it to cemeteries, their tiny bodies cast into furnaces.

But, it’s also necessary to remember the incidence of disease such as typhoid was also rampant at the time. Sick children would arrive at the schools and infect others. Some would return home and infect people there.

Moreover, many of the gravesites remained mysteries even to classmates of children who disappeared from the schools. Others have slid into neglect, children forgotten, graves unmarked.

But, they are there.

Some children’s bodies were returned to their communities are buried in community cemeteries, Yellowhorn said, citing Mission and Chilliwack.

Now, calls from across Canada grow louder for the graves to be found, the children remembered.

“We need to be grateful to these children; they have given us a gift,” BC Assembly of First Nations Knowledge Keeper and ambassador for Reconciliation Canada Chief Robert Joseph said.  “These children have revealed themselves at an important time to give us all a wake-up call. It is time for change.”

And, while Prime Minister Justin Trudeau has called on the Roman Catholic Church to take responsibility for the school deaths, it remains to be seen who in Ottawa is responsible for investigating the graves.

There is a hitch, though. While the Truth and Reconciliation Commission of Canada examining the schools was a federal endeavour, investigating deaths is a provincial responsibility. How governments will work together remains to be seen.

“We have offered any assistance within our mandate and, at the request of the band council, are now awaiting further information about their consultant’s report,” BC Coroners Service spokesman Ryan Panton said.

However, when Glacier Media asked the federal Department of Justice about cooperation, the query was referred to the Department of Crown-Indigenous Relations and Northern Affairs Canada. That ministry then referred questions to the RCMP.

“Where the RCMP is the police of jurisdiction, we may be requested to assist in activities in response to the calls to action,” Duval said. “All RCMP contributions will be culturally sensitive and trauma-informed.”

And, some of the work has already begun.

Yellowhorn, an Alberta Piikani Nation member, said Ontario’s Chapleau Cree First Nation has reclaimed the school cemetery from the bush and fenced it as a commemoration. That’s one option.

Another is exhuming graves, using DNA from families believing relatives may be buried there with a view to repatriation of remains to the children’s nations of origin.

But who would collect and store DNA material and information. Academics? The government? First Nations?

She said such work can be done at school cemeteries ethically and compassionately with the full involvement of affected families and communities.

“You have to do a lot of research,” she said. “You need to know who’s missing, who’s unaccounted for and who’s known to be dead.” 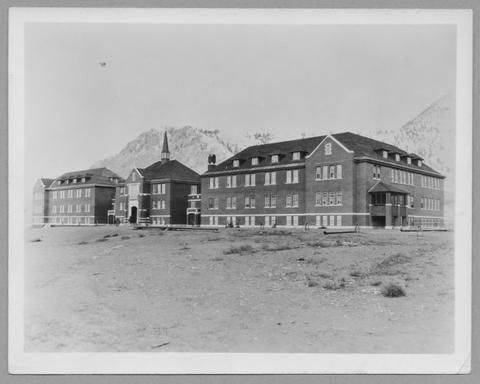 Ground-penetrating radar revealed the remains of 215 children at the Kamloops Indian Residential School. By National Centre for Truth and Reconciliation

In the Kamloops case, she said, “It’s a huge cemetery with many individuals known to be in that location.”

To start, she said, as much medical information as possible is collected for identification — height, broken bone, chipped teeth.

Then, there’s DNA. Bassendale said such genetic material is handled carefully and used only for the purposes it was taken.

“They would have to be very, very careful,” McEvoy said.

Providing samples would be voluntary and under strict controls, he said.

“I think Indigenous people would have cause to be leery about these issues given what’s happened in the past,” McEvoy said, noting the use of Nuu-chah​-nulth peoples’ samples in rheumatic disease studies. The samples were used around the world for research outside what agreements had specified.

“The samples would be collected for a particular purpose, used only for that purpose and done according to very rigorous safeguards,” McEvoy said.

However, if First Nations members feel wary of sharing DNA with government or others, Bassendale said it is always possible to engage a neutral third party such as the Red Cross.

Once teams have gathered information and engaged with families, the work of exhumation can begin. And, in the case of cemeteries such as Kamloops and others, great care must be taken not to disturb the graves of others.

Then, biological analysis of remains can start for identification and, where possible or desired, the return of remains to families.

For immediate assistance to those who may need it, the National Indian Residential School Crisis Line is available 24 hours a day at 1-866-925-4419.

With files from Elisia Seeber

Residential school survivors seek to witness demolition of place of nightmares
Jun 21, 2021 6:00 AM