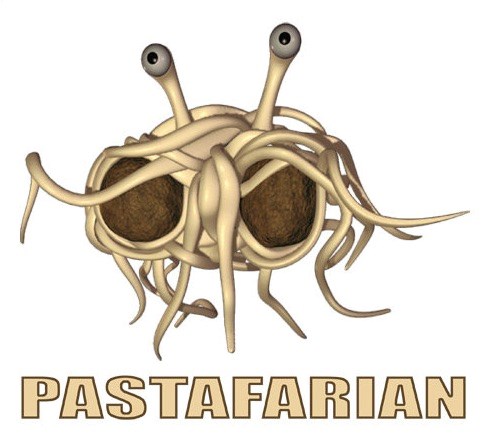 Gary Lee Junior Smith identifies himself as a Pastafarian and member of the Church of the Flying Spaghetti Monster. Members are known to wear either a pasta colander or a three-cornered hat known as a pirate’s tricorn on their heads.

Smith went to the provincial service centre in Trail to renew his driver’s licence in August 2019. He was wearing a pirate hat and issued a temporary licence with an October 29, 2019, expiry date pending issuance of a permanent licence.

That October, Smith received a letter from ICBC’s Driver Licensing Integrity and Oversight Unit saying he wouldn’t be issued a driver’s licence because of the pirate hat.

Soon, Smith went to the Grand Forks Driver Services branch and was granted an extension of his temporary licence pending the outcome of his intended complaint to B.C.’s Human Rights Tribunal.

In that complaint, Smith said other members of other faiths such as Sikhs are allowed to wear headgear as articles of heir faith in licence photos.

“There is no test of faith that any government agency, including ICBC, can apply to judge whether or not a person earnestly believes what they profess when they ask to be photographed with a religious head covering,” Smith told the tribunal.

So, what relief did he seek?

“That ICBC allow qualified citizens who self-identify as Pastafarians, or as members of the Church of the Flying Spaghetti Monster, to wear religious headgear of a form and type of their choosing, insofar as such headgear does not interfere with (facial recognition technology), for the purposes of obtaining either, or both, a driver’s License and a BC Services Card.”

However, the tribunal dismissed the complaint, saying Smith was not sincere.

“You are a Pastafarian and member of the Church of the Flying Spaghetti Monster which mocks religious beliefs and certain religious practices,” the March 2020 decision said. “Pastafarians wear colanders as ‘religious’ head gear.

“While the protection against discrimination on the ground of religion in the [Human Rights] Code includes protecting the expression of non-belief and the refusal to participate in religious practice, the protection does not require accommodation of a practice satirizing religious practice in providing a service customarily available to the public,” the decision said. “It would not further the purposes of the Code to proceed with a complaint in these circumstances.”

Smith called the suggestion that Pastafarians and Church of the Flying Spaghetti Monster members mock religion was insulting and unsubstantiated.

In a request for reconsideration of the decision, Smith included copies of his identification as a B.C. marriage commissioner and federal firearms possession and acquisition licence. He was wearing a pirate hat in each photo.

By May 2020, Smith had moved his case to BC Supreme Court for judicial review of the tribunal dismissal.

In his February 26 decision released March 1, Justice Gordon Weatherill noted Smith conceded some of his arguments were satirical.

“A person does not have to look far past one’s own nose to appreciate that all religions are mutually incompatible to varying degrees and that members of each regularly mock, satirize, and criticize the beliefs of others,” Smith said in submissions to the court. “Consider the three Abrahamic religions; Judaism, Christianity, and Islam: while all three have a common origin and worship the same god, a non-Jew is a gentile, a non-Christian is a heathen, and a non-Muslim is an infidel. When one considers the millions of gentiles, heathens and infidels who met with a gruesome end for not believing in the ‘right’ religion, it may be considered high time that a religion that values humour, self-deprecation and silliness is the vessel sailing to calmer seas. And should it be posited that Pastafarians are simply atheists rocking the boat of religiosity we would counter that the diversity of belief is far greater than anyone might realistically account for.  Ultimately, we are atheistic to all gods other than the one we believe in.”

However, Weatherill dismissed Smith’s petition to the court.

The judge said while Smith’s views “offer a degree of intellectual and thought-provoking insight into the complexities of religions generally, they fall short of establishing that the tribunal’s decision was either biased or based upon false assumptions.  If anything, the petitioner’s submissions buttress the Tribunal’s determination that the petitioner’s ‘religious practices’ were, at least in part, satirical and that nothing was alleged that, if proven, could contravene the code.”