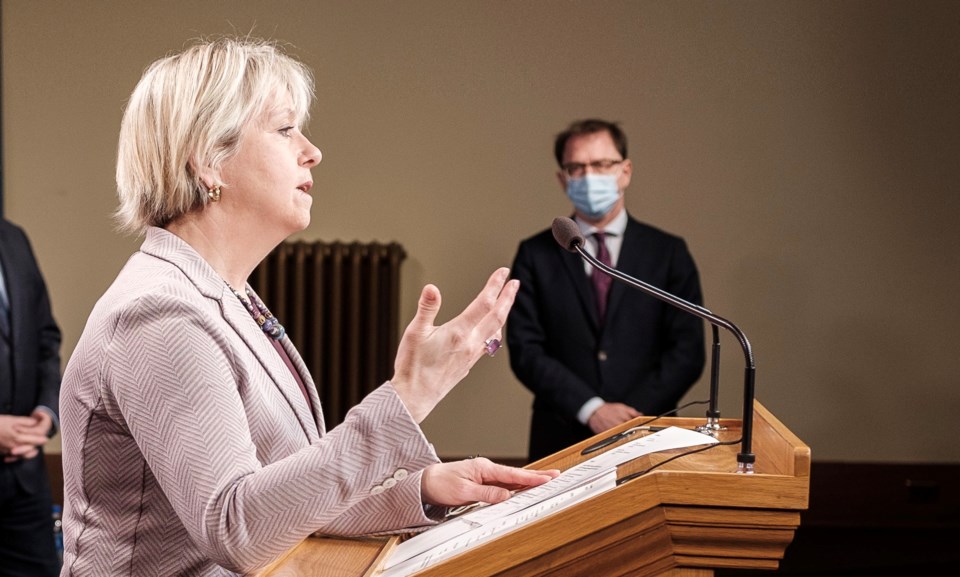 COVID-19's spread in B.C. is diminishing, with the number of serious infections continuing to fall, even as new deaths continue.

Health officials on June 10 revealed that 1,910 people are known to be actively battling infections. That is the lowest total since October 21, and it is a total that has fallen in each of the last 34 consecutive data updates.

Helping those infections stay low has been fewer new infections.

Provincial health officer Bonnie Henry said 153 new people were diagnosed with COVID-19 in the past 24 hours. This is the fifth consecutive data update that includes fewer than 200 new infections.

"We are in a good place," Henry said. "We need to get our cases down as low as we possibly can before we head into the fall."

She explained that the fall could be a worrisome time period because that's when many viruses tend to flourish.

Premier John Horgan is set to join Henry and Health Minister Adrian Dix on June 14. He usually joins them for larger announcements, and the expectation is that the province will shift to Step 2 of its restart plan on June 15. That means travel around the province and other measures will start to be allowed.

Henry hinted as much, saying, "we will be in a good position to continue moving forward with our restart plan."

In total, 145,996 people in B.C. have contracted COVID-19 since the first case was detected in January, 2020. Nearly 97.5% of those, or 142,314 people are deemed by the province to have recovered because they are thought to no longer be infectious.

The number of those in B.C. hospitals fell by 19 overnight, to 176, a level that not been lower since November 13. Of those hospitalized, 49 are in intensive care units, which is two more than yesterday.

"All nine Metro Vancouver hospitals are now back to full operations," he said.

Of the four people known to have died from COVID-19 in the past day, one was aged between 50 and 59 years, while another was aged between 60 and 69. Two others were aged above 80 years. The province's death toll from the pandemic is now 1,729.

"I am optimistic in a way that I have not been for a long time, and it really has to do with how well the vaccines are working," Henry said.

No outbreaks are newly declared to be over.

That means that there remain five active outbreaks at seniors' homes. They are:
• Cherington Place in Surrey;
• Glenwood Seniors' Community in Agassiz;
• Heritage Manor in Fort St. John;
• Richmond Lions Manor-Bridgeport in Richmond; and
• Spring Valley Care Centre in Kelowna.

The two active outbreaks at B.C. hospitals are at Richmond Hospital and at Kelowna General Hospital.