B.C. again sets records for most COVID-19 patients in hospitals, and in ICU

Eight more people have died from COVID-19, including a two-year-old, who had an underlying condition.
Apr 19, 2021 2:56 PM By: Glen Korstrom 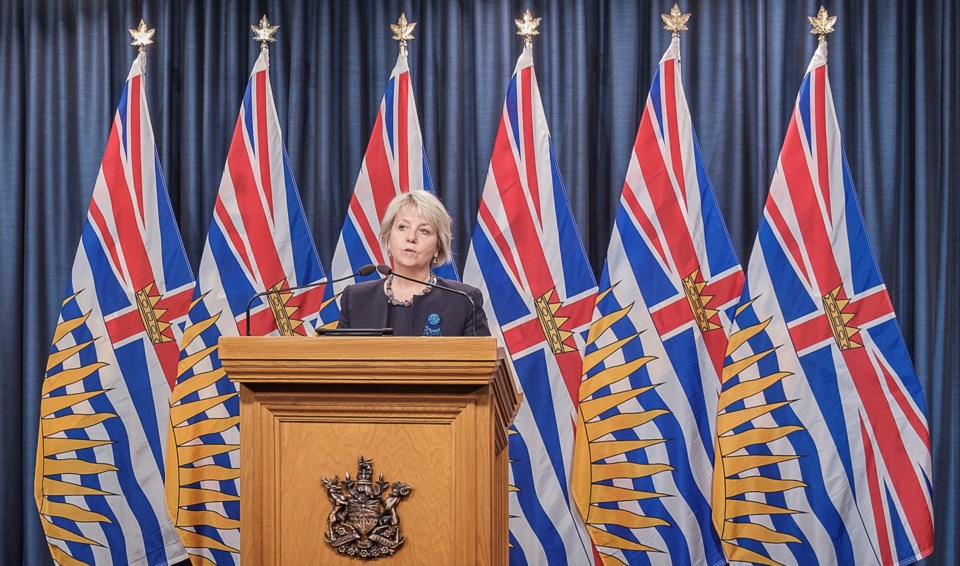 The number of people fighting for their lives with COVID-19 in B.C. hospitals continues to hit record highs. As of April 19, there are 441 such people, up by a net total of 16, compared with the most recent update, on April 16.

The number of those in intensive care units (ICU) also keeps hitting levels not seen before. There are 138 people now in ICU fighting COVID-19 in B.C., up 11 from three days ago.

Health Minister Adrian Dix said the province has developed four potential scenarios for COVID-19 hospitalization during the fall and winter.

"We're clearly at the high-plus-plus range of this right now," he said.

The province's scenario for the highest number of hospitalizations starts at a minimum of 400 people in hospitals, including 214 people in ICU.

One thing that has helped the province manage such a high level of COVID-19 hospitalizations, Dix said, is that there have not been any flu virus hospitalizations this year.

Some non-essential surgeries at select hospitals have also been cancelled to make room.

The province divides hospital beds into ones that are fully staffed, and were available before the pandemic, called "base beds," and ones that are either new, or need diverted staff resources, called "surge beds."

While all health regions in B.C. have available hospital base beds, and there is a 19.1% base-bed-vacancy rate province-wide, Vancouver Coastal Health, as of April 16, had all intensive care unit (ICU) base beds filled. That region had also filled 18.1%, or 13 of its 72 ICU surge beds, as of April 16.

While the overall hospitalization occupancy rate was more than 100% pre-pandemic, the fact that it has risen to that level in Vancouver Coastal Health is a concern.

Another eight people have died from the virus in the past three days, raising the province's death toll to 1,538. One of those new deaths was a two-year-old child who had an underlying health condition. That is the youngest person to have died in B.C. from COVID-19.

"It is an unusual event," Henry said of child's death. "It is a true tragedy."

Health officials are closely monitoring 14,711 people for symptoms because they have had known contact with individuals identified as having contracted COVID-19. The good news is that this is 1,166 people fewer than were being monitored on April 16.

There are 191 people actively battling infections from mutant strains of COVID-19. Of the 5,872 people known to have been infected with a variant, 5,681 people are deemed by the province to have recovered, and no one has died.

In the past three days, however, there were no second doses provided, according to provincial data.

Current provincial strategy is to leave up to 16 weeks between the first and second doses.

Henry said anyone aged 40 and older is now eligible to book an AstraZeneca vaccine shot at a pharmacy. Some pharmacies accept online bookings. Others do not have such a system, and accept people for vaccine doses on a first-come, first served basis. Here is a link to the B.C. government website that has a map with all participating pharmacies.

The B.C. government has introduced amendments to the Employment Standards Act that, if passed, will provide workers with up to three hours of paid leave to get each dose of their COVID-19 vaccine.

Premier John Horgan said the province has reached an agreement with the hospitality sector for hotel operators to reject reservations from people outside the guest's health region. He added that Solicitor General Mike Farnworth, on April 23, will issue orders that will restrict people's ability to leave their own health authority region.

Horgan said he expects hotels to provide refunds to anyone who previously booked a vacation and will not be able to keep the booking because of the new health order.

"This will be conducted through random audits, not unlike roadside stops for Counter Attack during the Christmas season," Horgan said. "There will be a fine if you were traveling outside of your area, without a legitimate reason."

BC Ferries by the end of the week will stop accepting new bookings for recreational vehicles and trailers, and will contact people who have already made reservations to confirm that their travel is essential.  The ferry service tends to increase its number of sailings during the spring but will not do that this year, Horgan said.

Horgan added that new signs will also be placed at the B.C.-Alberta border to remind Albertans that they are not welcome in B.C. He did not, however, say that there would be any roadblocks at the border.

Henry also confirmed that she will extend until May 24 her health order banning in-restaurant dining, but allowing patio dining, take-out orders and delivery. That order was set to expire at midnight, and some restaurant owners have expressed concern that the province provided no clarity on the fate of the order until less than nine hours before the order was set to expire.

For more on the extension of the ban on indoor dining, and a summary of other restrictions, click here.