There is good news this week for the North Shore this week as the number of new COVID cases is back on a downward trajectory.

There were 50 new cases of the virus reported for the North Shore for the week ending June 5.

Of the new cases reported this week, 42 are in North Vancouver and 8 are in West Vancouver.

Case counts have been continuing to drop throughout most of the Lower Mainland, including areas like Surrey, Burnaby, Vancouver and the Tri-Cities.

The BC Centre for Disease Control now provides more detailed information about where cases have been occurring, as well as information on vaccination rates.

Among those tested for COVID-19, those who live in the western part of the City of North Vancouver had the highest positivity rate, at nine per cent. Most areas of the North Shore had positivity rates of between 1 and 5 per cent. 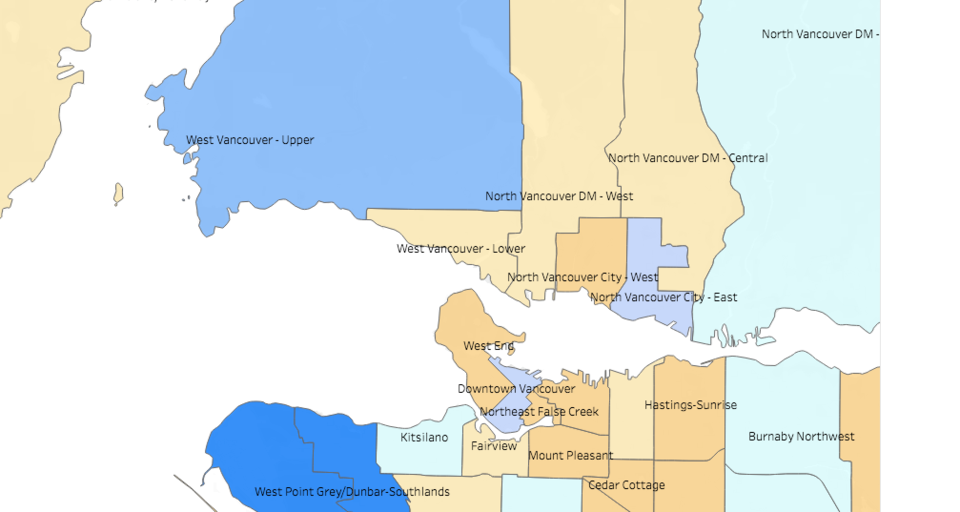 A map showing the geographic breakdown of positivity rates of COVID-19 tests in the Lower Mainland for the week ended June 7, 2021. By BC CDC

Among older adults, vaccination rates for people over 50 on the North Shore are between 82 and 89 per cent.

Overall case counts in the province continue to drop with 148 new cases reported on Wednesday, 23 of those in Vancouver Coastal Health. Numbers of patients in hospital with COVID-19 are also continuing to fall.

Elective surgeries to resume at Lions Gate Hospital
May 29, 2021 9:00 AM
Comments