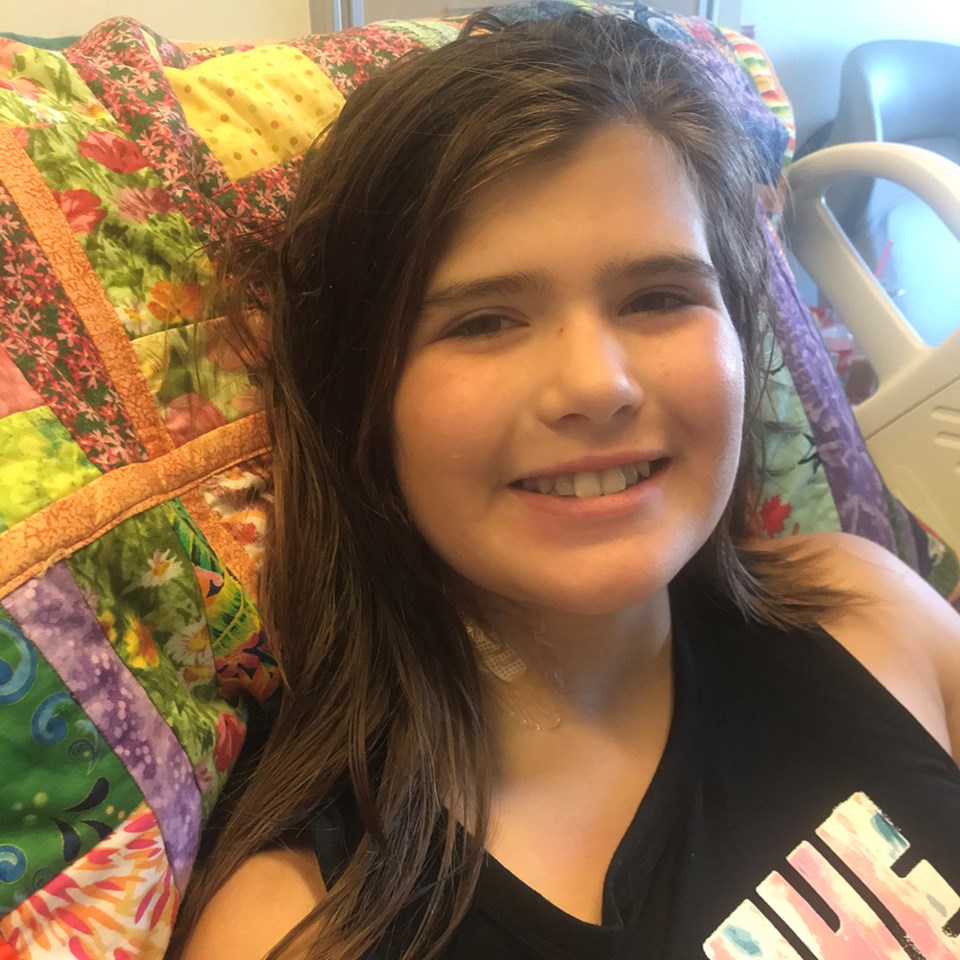 MULTIPLE SURGERIES: Hallie Hiltz was seriously injured near Lund when a boulder she was climbing on tumbled out from beneath her and pinned her. She is recovering in hospital in Vancouver and a GoFundMe campaign has been launched to help pay for the family’s expenses.Contributed photo

An 11-year-old girl from the qathet region is recovering in BC Children’s Hospital after being pinned by a large boulder near Lund, on a property on Emmonds Beach Road.

According to her mother Erika Davies, on July 12, Hallie Hiltz was climbing an embankment on top of large rocks and the rock she was on tumbled out from underneath her. The rock was around 2,000 pounds, said Davies. Hallie, at the time, was playing with her little sister Adria.

“It took the effort of many, many people, paramedics and first responders, to get her out safely,” added Davies.

Hallie was flown directly to Vancouver from Craig Regional Park in the Lund area to BC Children’s Hospital after she was extracted.

Davies said both of Hallie’s legs were broken, there are multiple fractures in her hips, and very extensive injuries to her skin, muscles and nerves. In terms of Hallie’s condition, Davies said she is stable and her bones have been put back together, however, she is still dealing with the trauma of the event and very serious pain in her leg.

There are a few more surgeries coming up to work on the skin and muscle damage, said Davies. She added that Hallie is going to be in Vancouver for a while and her road to recovery will be a long one, “but she is so strong and eventually will walk again.”

“There will be lots of travel and therapy involved,” said Davies.

In order to help the family, a GoFundMe campaign has been established. Davies is staying at Ronald McDonald House in Vancouver and is unable to work while she’s at the hospital with Hallie.

“We’re going to be here for a while,” said Davies. “I am so eternally grateful for this hospital and its staff, and to Ronald McDonald House for putting us up.”

“I am so proud of my baby and how strong she is,” said Davies. "Everything is looking as good as it can be right now. Thank you to everyone for all your love and support.”