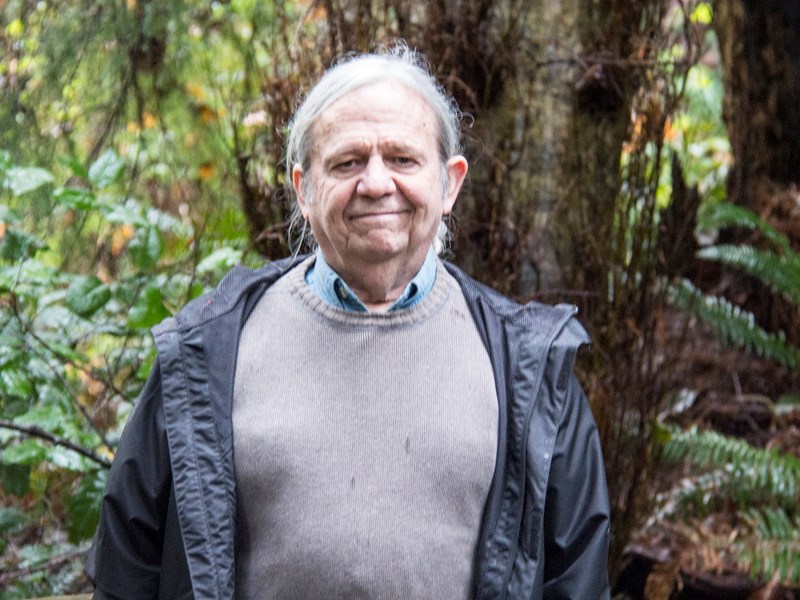 CARBON NEUTRAL: Jack Anderson is president of the recently formed Climate Action Powell River Society. The group is inviting the public to a presentation about ideas to combat carbon emissions, as well as hosting a guest speaker from Tree Canada. David Brindle photo

According to Climate Action Powell River (CAPR) Society president Jack Anderson, several actions can be taken by the community and city government to reduce carbon emissions, beginning with the biggest source of greenhouse gas in the region: driving.

“We’re looking at a couple of possible projects to reduce the amount of driving,” said Anderson.

Anderson said the city needs improved infrastructure for public transit and points out that bicycling has proven to have an impact on reducing greenhouse gas emissions.

According to Anderson, CAPR is proposing that more and newer innovations be undertaken, including a car-share program and the promotion of electric cars as viable options for change.

“There’s another project called Car Stop, which is almost like a licensed hitchhiking program,” he said. “That’s being done on Gabriola Island right now very successfully.”

Anderson said a project in Davis, California, could also be brought here. Cool Davis is a network of community partners formed to achieve lower carbon emissions, much like CAPR’s mission to reduce carbon emissions and help Powell River adapt in the face of climate change.

CAPR will report on its proposals and bring in guest speaker Frederik Vroom, project lead for a Tree Canada program called Grow Clean Air, on Friday, November 18. The event takes place at 7 pm in Evergreen Theatre.

“Tree Canada is an organization that is promoting the planting of trees in urban and suburban areas for the benefit of both the climate and social well-being,” said Vroom.

In a region such as Powell River, which is in a temporate rainforest, Grow Clean Air is not so much about planting trees as it is about people becoming aware of trees as part of the carbon cycle, said Vroom.

“The planting of trees is just a small part of of the solution of climate change,” he said. “It’s only one piece of the big puzzle.”

Anderson said CAPR would like to see the city’s sustainability steering committee reinstated with representation from different stakeholders, such as those with community, business, forestry, agriculture and transportation interests.

When that committee did exist it led to the creation of the integrated community sustainability plan, he said. Once that report was published, the committee was disbanded.

City of Powell River councillor Rob Southcott said he is facilitating a connection between CAPR and council.

“That is hopefully going to lead to one of their members sitting in on what we are planning, and that is a new sustainability committee,” said Southcott.

According to Southcott, terms of reference are just now being worked on for the new committee. He said council is committed to turning sustainable policy, which carbon neutrality is foundational to, into functional actions.