Kicking the Clutter: Profile of a perfect procrastinator

A procrastinator is a person who needlessly postpones decisions or actions regarding their life. For example, a procrastinator might constantly avoid fixing things around the house, making medical appointments or looking for a better job.
Jan 16, 2021 7:00 AM By: Ranka Burzan 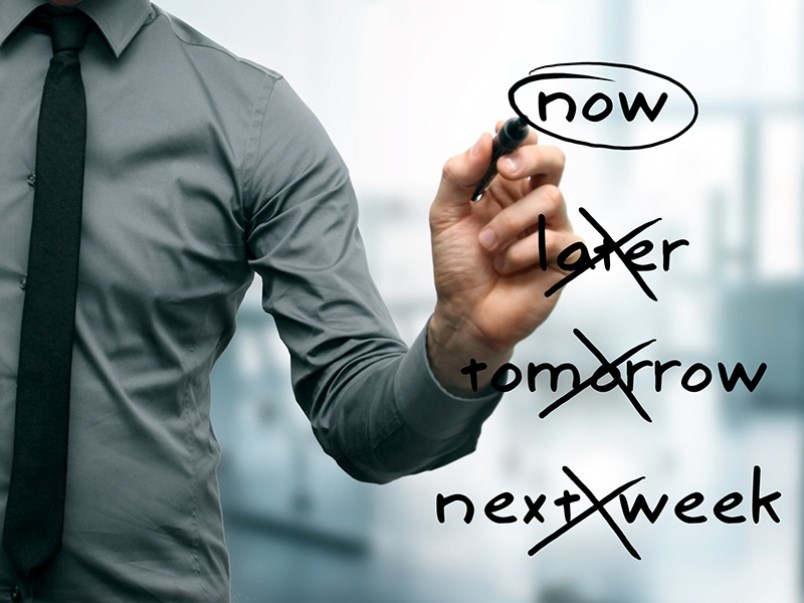 A procrastinator is a person who needlessly postpones decisions or actions regarding their life. For example, a procrastinator might constantly avoid fixing things around the house, making medical appointments or looking for a better job.

People can use many ways to procrastinate. For example, one procrastinator might choose to surf the internet instead of searching for a job, yet another might watch television to avoid doing mundane household chores.

Continued procrastination can contribute to lack of sleep, stress and depression. Research shows that procrastinators often suffer from poor performance in a variety of fields compared to non-procrastinators with the same skills.

Here are a few personality traits of procrastinators:

Dependable people tend to be organized, disciplined, success-oriented and focused. These characteristics tend to be foreign and difficult for people who procrastinate. Also, procrastinators might struggle with improper time management, lack of daily planning, or not being able to prioritize projects.

Impulsivity is the tendency to act on compulsion, without planning ahead and without considering future consequences of the actions. The more impulsive someone is, the more likely they are to procrastinate.

This can affect every part of somebody’s life. The majority of procrastinators often suffer from low self-esteem and believe their inability to perform well means they are inadequate as a person. For that reason, they avoid new things, unfamiliar places and people. They tend to isolate themselves, feeling shame and frustration.

If you are not motivated, then it will be hard to start projects. Also, focusing on the whole project will overwhelm you, therefore you will delay the task. Also, we tend to exaggerate the size and difficulty of the task, and that’s why we avoid starting or finishing anything.

Scheduling only five minutes to start a project might work for you. Choosing a time when you are rested and prepared with tools needed for the job is a recipe for a successful outcome. This five-minute approach helped me and many of my clients to accomplish the things we didn’t like or assume to be difficult.

Starting and finishing neglected chores will increase your confidence to try other things that might help you to achieve the life you desire. Just keep in mind that we all need help, and even the most successful folks rely on others for skills they don’t have. So, I urge you to reach out to professionals who are skilled in the area you are not.

I will leave you with one of my quotes: “Procrastination is a life sentence with the possibility of parole.”

Ranka Burzan owns a professional organizing company based in Powell River and has written several books on reducing clutter and becoming more organized. For information, go to solutionsorganizing.com.