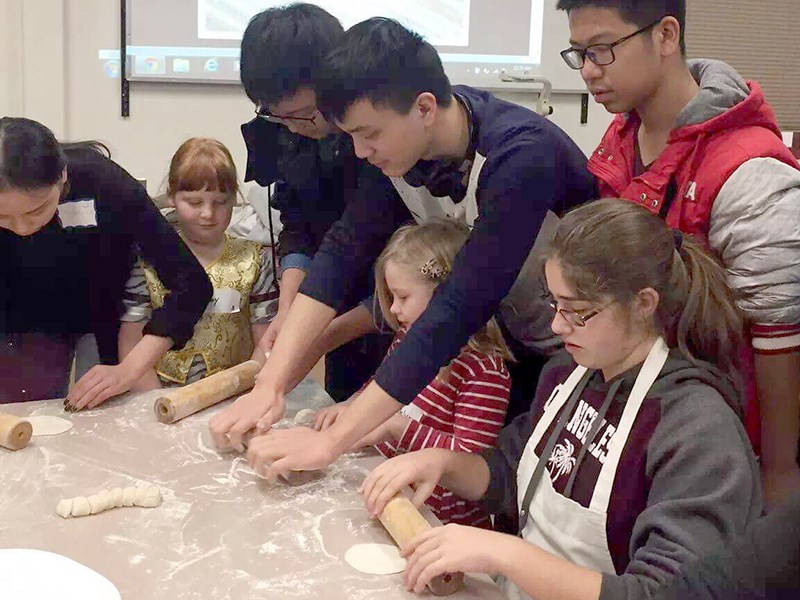 Although New Year’s Day might feel like a distant memory, the Lunar New Year will take place Friday, February 16. Ushering in the Year of the Earth Dog, the accompanying festival is also known as Chinese New Year or the Spring Festival.

Based on the traditional Chinese lunisolar calendar, the event begins on the new moon, which happens on different days each year. Lunar New Year usually falls somewhere between January 21 and February 20.

Traditions associated with the festival include a thorough cleaning of the house, settling accounts and generally tying up loose ends.

“It’s about tidying up, cleaning up and letting go of the year before and welcoming the things that are coming in the new year,” said North Island-Powell River MP Rachel Blaney, who will host a Lunar New Year open house at her constituency office at 4697 Marine Avenue on Tuesday, February 20.

Across Asia, families gather together each year to celebrate with a feast and set off fireworks or firecrackers. Noise is believed to ward off evil spirits.

In Powell River, local schools also get into the spirit of making noise.

On Friday, February 16, kindergarten students from James Thomson, Edgehill and Westview elementary schools will be taking a field trip to Town Centre Mall for a Chinese New Year’s parade, according to Westview Elementary School teacher Anita Adams. Students will perform their own version of the traditional New Year’s dragon dance while parading through the length of the mall; half of the students will be inside the dragon while the others accompany and make noise with musical instruments. Schools will provide maracas, drums and other percussion, but students are encouraged to bring their own favourite noisemakers.

Once the group has reached the end of the mall, noisemakers and dragons will switch places. Friends and families are welcome to join the fun as spectators. The parade takes place at 10 am starting from the north entrance.

Students of all ages at Westview Elementary will also be decorating their school and participating in a variety of events related to the Lunar New Year, said Adams. Traditional food will also be prepared for the celebrations, she added.

“We have several parents who will be making Chinese food for all the students at Westview,” said Adams.

“We have 34 students from mainland China who are studying here for three weeks,” said Behan. “These students, along with the rest of the international students and some of our Canadian students will be putting on an afternoon of celebration in the Great Hall at Brooks.”

Festivities will take place at the school on February 14 and grade two students from Edgehill will join Brooks students for the celebrations, said Behan.

“We will share in the learning of how to make delicious dumplings, learn Chinese calligraphy, learn about the lantern festival and so much more,” she added.

Students from China will lead each activity and at the end of the afternoon, the Chinese students will receive the traditional red envelope of lucky money, said Behan.

“We are looking forward to a wonderful and exciting afternoon of cultural sharing at Brooks,” said Behan.

Blaney said she believes highlighting the traditionally Asian celebration in her riding is a wonderful way to acknowledge the diversity of the region.

“We do have a nice-sized Asian community across the riding, and people from all different countries in Asia celebrate Lunar New Year,” said Blaney.

Blaney said she encourages everyone in the community to come by the open house from 3-5:30 pm for an opportunity to have fun and meet the local MP. Last year’s event featured some decorations and treats to mark the occasion, she added.

“We had a little lucky money in the red envelopes,” said Blaney, “which was actually chocolate.”