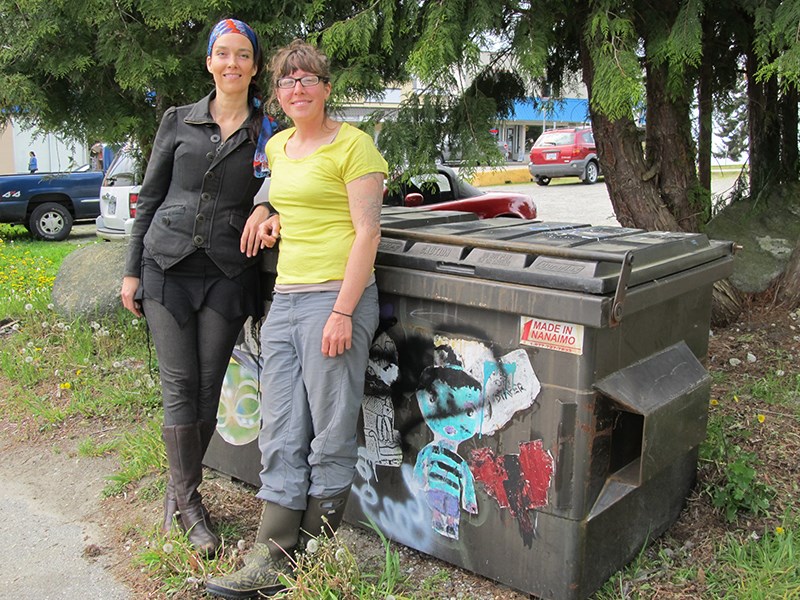 Could picking up trash ever be a job of the past? Organizers of Powell River Regional District’s annual Trash Bash have a vision that has the potential to reorient how people think of garbage and what garbage contains.

On Saturday, April 30, volunteers will head out on a hunt for illegally dumped garbage for the annual Trash Bash as part of Earth Month.

Clad with thick gloves and sturdy boots, these trash bashers will fill multiple bags full of garbage, load them into trailers and trucks and deliver them to the Trash Bash operations base at Willingdon Beach.

“This is the fifth Trash Bash I have helped organize and there are reoccurring illegal dump spots,” said Abby McLennan, one of the organizers and a member of the regional district’s Let’s Talk Trash team. “Do we just allow it to keep happening?”

The regional district is responsible for solid-waste management for the entire area and it sees potential in a permanent resource-recovery centre.

“The concept is to provide a depot where you have more disposal options than just garbage or recycling,” said McLennan. “Is this really [the product’s] end of life? It could be to you, but when you look at the actual product or item, it might not.”

McLennan said the concept is a circular centre. “You would come in and there would be places to drop off items that could be fixed or tinkered with, or salvageable items, things that could be up-cycled and then you move into recycling, because that is like a down-cycle, and then very last would be disposal.”

Space could be put aside for artisans or people in the community wishing to collect specific objects, such as pallets or coffee bean sacks, said McLennan. It could be a holistic space for divergence of materials and be educational and creative; plus, there could be a partnership with the Powell River Botanic Garden Society and bioremediation of the ground could create a beautiful working garden, she said.

With everything in one place, spending a bit of time sorting through trash and seeing it reused or repurposed could be what sparks the conscious change needed to keep the community clean.

The regional district applied for a grant to clean up the old incinerator site to ministry specifications, then the build out of the centre. The grant is worth $6 million and, if approved, the regional district would have to fund an additional $2.6 million.

People participating in this year’s Trash Bash can register at Willingdon Beach between 9:30 am and 3 pm. Depending on where people are coming from, it may make sense to pick up trash and take it to the event, registering at the end of the day.

“One of the things first-timers notice is the volume of people out there participating who are volunteering to clean up the community,” said McLennan, “and how everyone has a smile on their face and there is a genuinely happy vibe on something that it seems there really shouldn’t be.”

From noon to 1:30 pm lunch will be provided by Ecossentials and chef Jacqueline Huddleston. Local steelhead plus local potatoes and stinging nettle soup, together with two salads with greens from Barn Dance Farm, are on offer; there are vegan as well as child-friendly meals and door prizes.

Inger-Lise Burns, also an organizer of the Trash Bash and a member of the Let’s Talk Trash team, said items that had been illegally dumped, or residential items such as appliances, can be brought to the Trash Bash.

City of Powell River is also participating, with CUPE Local 798 and local charities collecting household items from property owners who have mobility challenges. There is a $15 charge, which is a fundraiser for the charities. This service is available by calling 604.485.8657.

A new item this year is the TrashOut App for cell phones, available at trashout.me.

“You take a picture of the trash you discover and it automatically takes a GPS and puts it on a map for you,” said Burns. The app asks questions about the type of waste and size of the pile.

“It is a great resource for people who want to pick it up,” she said. “Instead of getting frustrated and feeling disempowered, you can do something.”

Also at the Trash Bash, two artists will be re-purposing the “trash” on site to create art installations and there will be a “pickers’ paradise.”

McLennan will act as gatekeeper as trucks come into the base area, laden down with trash. She will determine whether any of that trash might be salvageable. “Anyone can pick up from there,” she said.