Where the Road Begins: Protect the wild places 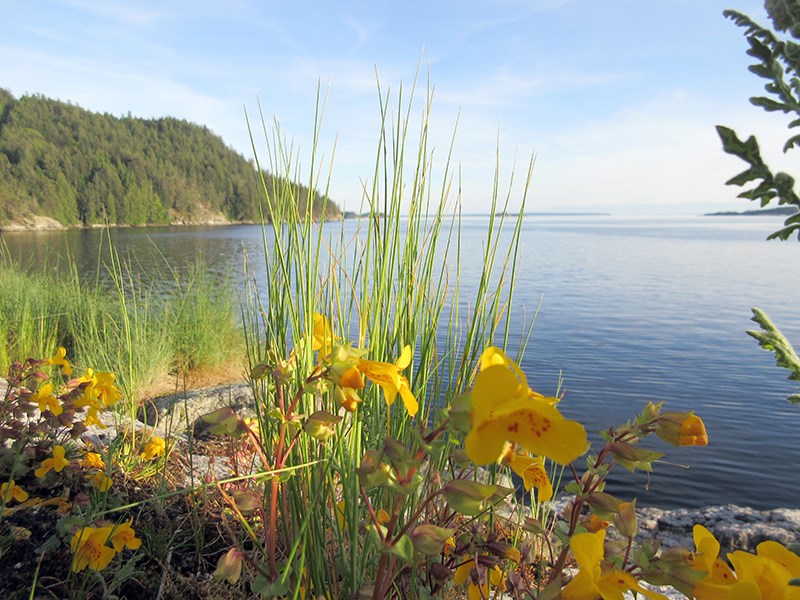 PRISTINE WILD: Sarah Point is the northern end of the Malaspina Peninsula, the start of the Sunshine Coast Trail and the gateway from Lund into Desolation Sound. Erin Innes photo

“This is a game-changer for Desolation Sound.” That’s what Save Desolation Sound Society director Russell Hollingsworth told me last week when I asked him about the proposed gravel quarry in the Lloyd Creek area of Homfray Channel.

When I look at Lehigh Hanson Materials’ application to rip apart Homfray Channel with sonic drilling, power lines, barge terminals and generators to support the open-pit mine, I believe him.

“To put it into perspective,” Hollingsworth told me, “Lehigh owns the Sechelt mine, which removes four million tonnes per year. Sechelt is in an industrialized area already. In Lloyd Creek, they’d have to start from scratch.”

Hollingsworth cited concerns over noise and light pollution that would have impacts stretching far beyond the immediate area of the quarry.

Hugh Prichard is one of the many people whose livelihood depends on the lack of industrial development in Desolation Sound. He and his wife Christine run TerraCentric Adventures out of Lund, often taking people who have never experienced wilderness before into places like Homfray Channel to see what the world is like beyond the streetlights.

“Once again, the beauty and tranquility of the sanctuary known as Desolation Sound is under threat by the lure of short-term profits for shareholders in distant lands,” said Prichard.

Prichard also noted that the area is the backdrop to an adventure tourism industry that is “worth much more than desecrated earth.”

Livelihoods in Lund will be destroyed if this project goes through, and I hope that the thousands of people who have experienced wilderness for the first time in Desolation Sound, and the people who have made their livelihood helping them do so, will speak up for that resource and its importance to our community.

Doesn’t it say something awful about the culture we live in that we have to be able to put dollar signs on a wild place to make it seem worth defending?

The truth is that we need wild places. Not just in a material way, because forests store carbon and moderate our climate, filter our water and provide the biodiversity that holds together the natural systems we need to live.

We need wilderness to show us that there are places and things that are bigger than we are, that have been around much longer than we have and will be here long after we are gone.

Human-built environments can only reflect back to us what we already know. They don’t leave any room for mystery, for the unexpected, for connection to the larger world that makes us who we are.

Wild places are becoming an endangered species. As industrial culture uses itself up with its suicidal need to constantly grow, it is eating alive the wild places that we need to survive.

There are so few places now where you can escape the glare of lights and the pounding of machines. We need to draw a line around those places and protect them, and then we need to be willing to hold that line.

Desolation Sound is one of those places, and I will be standing on that line. I hope I will see you there.