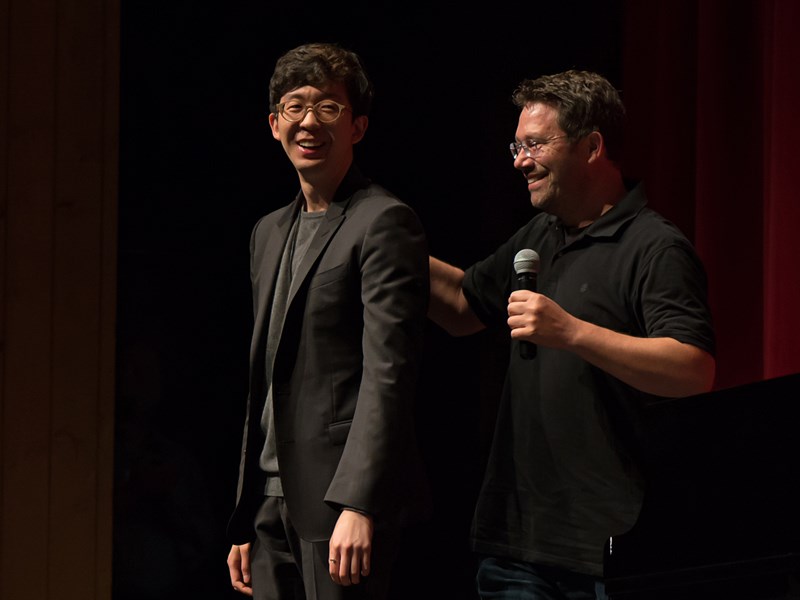 How did a South Korean-born, Peabody Conservatory-trained pianist end up with a devoted following in Powell River? It may seem like a mystery to some, but likely not to anyone who has ever heard Edwin (Sungpil) Kim play his instrument.

The jet-setting musician will return to the Evergreen Theatre stage at 7 pm on Thursday, April 26, for an intimate concert presented by PRISMA (Pacific Region International Summer Music Academy), the organization that first introduced him to the community back in 2015.

Since his most recent visit in June 2017, Kim has added a sizable feather to his cap.

“I won the first prize at the Australian International Chopin Piano Competition, which had me debut at the Sydney Opera House as part of the prize,” said Kim.

And although Evergreen Theatre finds itself about 5,000 seats shy of that capacity, Kim assures he is equally as excited for his performance there, as well as his on-stage collaboration with PRISMA maestro Arthur Arnold.

“Arthur is such an open-minded and well-rounded artist,” said Kim. “His balance of achieving profound results with a light-hearted energy is always inspiring to witness.”

For this particular performance, Arnold will be trading in his baton for the bow of a cello, another treat sure to delight the local audience.

“I have collaborated with him on his cello before but only in quite a casual way,” said Kim. “This time, we are performing a spiritual, transcendental movement from Chopin's 'Cello Sonata.'”

Kim is also planning to sing a piece or two. Fans will attest that not only is he blessed with formidable piano chops but a Josh Groban-esque baritone voice as well.

PRISMA is offering two different ticket options for the April 26 concert: a $27.25 fee for the performance only and another for $77.25 that includes a meet-and-greet reception. All proceeds will benefit the 2018 PRISMA Festival, which takes place June 11 to 23.

"This will be an opportunity for a more intimate gathering,” said PRISMA special events coordinator Kim Barton-Bridges, “and it gives people a chance to talk about the concert with a group of others who have also seen it.”

Beverages will be provided by 40 Knots Winery and paired with an assortment of appetizers catered by John Walls of House of Walls Culinary Magic.

And, of course, conversation will be flowing.

“I love connecting with people,” said Kim. “Also, I get to thank them for being there for me when I am on stage. It is partially, if not entirely, the audience's choice or responsibility to make a performer feel lonely or loved, so I really want to express appreciation for not leaving me alone.”

Barton-Bridges dismisses the notion of Kim ever being left alone by a Powell River audience.

“This town absolutely loves him,” she said. “He’s amazing. He has the talent, stage presence and charisma to put on a really good show and make people grateful they were there to see him in person.”

For more information or to purchase tickets, go to the PRISMA office across from Subway in Town Centre Mall. Tickets are also available at prismafestival.com.