Column: Is there such a thing as Asian wines? 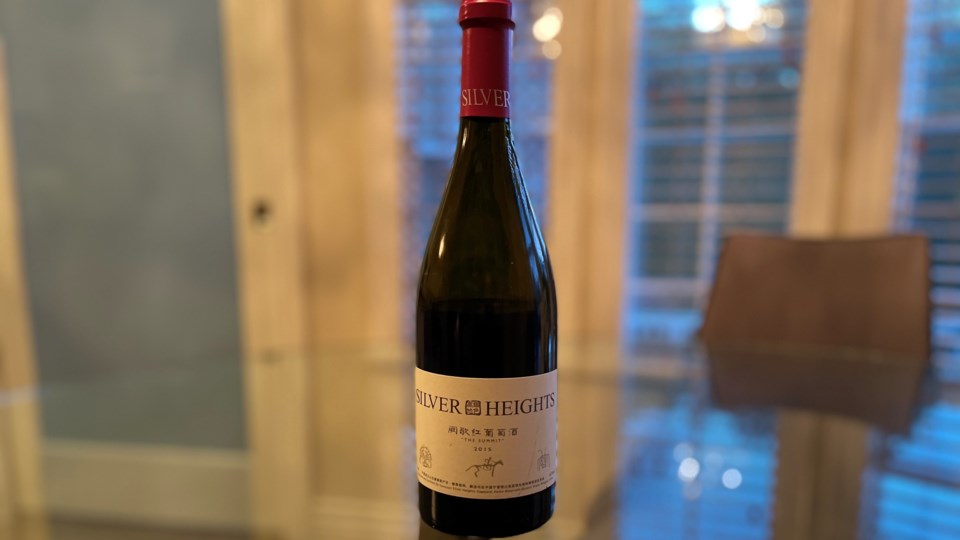 China is producing high quality wines, as exemplified by the Silver Heights 2015 The SummitTony Kwan

As we celebrate Asian Heritage Month in Canada, someone asked me a very good question: are there any Asian wines and if not, why?

There are not many Asian wines and there are a few reasons for this. One reason is that most regions producing grapes used for wines are located between 30 and 50 degrees latitude (north or south) and most Asian countries are closer to the equator, falling outside of this cooler area. Most Asian countries are considered tropical climates with plenty of rainfall, which is not conducive to the production of grapes. Also, many countries are subject to extreme changes in temperature and climate. Monsoons and typhoons are yearly occurrences. These are not ideal conditions for grape production.

Another reason is that traditionally, wine is not a preferred alcoholic beverage in Asia. Wine is predominantly a Western/European alcoholic beverage so even in those regions where grapes can be grown, it is often more profitable to simply sell grapes as fruit, rather than turning them into wine, which requires added labour and processing and which traditionally does not attract premium pricing.

Having said that, with world globalization, wine is becoming a more popular beverage all across Asia. This is particularly true in China, which is now one of the largest consumers of wine. With increased interest and demand, there are more and more wineries being established in China. Many are partnerships or owned by famous wineries.  LVMH (Louis Vuitton Moet Hennessy) has established a winery in China called Ao Yun. Chateau Lafite has just released the first vintage of its wine produced from grapes grown in China called Long Dai.

As the gateway to the Pacific, B.C. is very fortunate to have access to many China wines. Notwithstanding any preconceived ideas about wines from China, China has the ability to make world-class wines.  One wine that I have tried is produced by Silver Heights Winery, which is located in Ningxia, China. The Chinese government has designated this region as a wine-growing region, so this designation will bring much-needed employment and tourism to this area. It is near the northern parts of the Great Wall and its climate is mostly arid and dessert-like, which is ideal for wine production of certain grape varieties.

The winery is owned by the Gao family. The patriarch had a dream of turning his farmland into a world-class winery, and so he gave his daughter Emma a choice: he could pay for her to go to France and study wine production, or she could do whatever else she wanted but if so, she would have to pay for her education herself.  She chose the former, and her wine studies in France landed her a job at the famous Bordeaux winery Calon Segur. At some point, Emma worked as a marketing representative for the South African wine giant Torres in China. After she finished her apprenticeship at Calon Segur, she went back to China and became the winemaker at her father’s winery. She had Torres’ representatives try her wines and they were so impressed, they decided to market her wines internationally for the winery.

The wine I tried is the Silver Heights 2015 The Summit.  It is a blend of 60-per-cent Cabernet and 40-per-cent Merlot.  You can find it in our liquor stores priced at $62.99.  For more about this wine, please see my wine review of this wine on YouTube.

Until next time, happy drinking!

Tony Kwan is a lifestyle writer.  Lawyer by day, food and wine lover by night, Tony aims to give you an insider’s guide to the best that life has to offer.