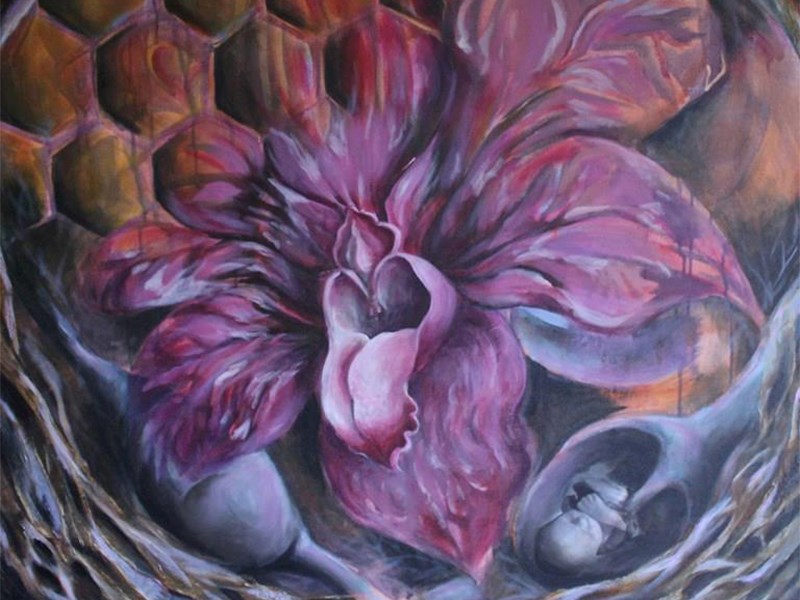 Free expression can take many forms. At Expose Yourself, a multidisciplinary art exhibition taking place in Powell River in March, form will take shape through performance and visual arts, workshops and art projects.

“They generally are,” said Bryant. “Expose Yourself is meant to be more figurative than literal, though there is a little bit of literal exposure at times.”

After a five-year hiatus, 2017 marks a relaunch of the event first staged in 2008. It started as an erotically themed art exhibition and has grown from there, with more than eroticism coming into play, said Bryant.

After doing extensive marketing research, the exhibition has tasked, as its core basis, values of art, humanity and humour, she added.

“Expose Yourself was born from this need to provide a platform for folks to show work they had already created that was not seen as suitable for galleries in Powell River,” said Bryant.

Art that the exhibition is interested in showing is intended to start conversations about body positivity, gender politics, gender roles, political satire, subculture and just celebrating diversity, she added.

“Self-expression and self-agency is a big thing we focus on, and that can cover romanticism or humour,” she said.

Deadline for submissions to the show is Saturday, January 21. Bryant said pieces have been received from coastal BC and throughout Canada. After Expose Yourself organizers decided to open the event to include artists from outside of the country, one submission was also received from an international artist.

“We have a submission from Israel,” said Bryant. “It’s from a really talented artist.”

From Canada, pieces have been sent from a Yukon artist based in Toronto and others from Saskatchewan, Vancouver Island, Cortes Island, Roberts Creek and Gabriola Island. All have visual art, book and performance components.

Bryant said the show is not exclusive to professional artists. Anyone 18 years old and over is welcome to submit work.

“We’re very interested in emerging artists,” said Bryant. “There are a lot of folks with incredible talent who just haven’t explored art in a professional way. We try to create multiple opportunities for people to become involved.”

Performance and art for the main exhibition is juried, which is intended to bring balance and accountability to the exhibition. Adjudicators are peers from the Powell River arts community, including Bryant, Balducci, Adam Cramb, Miel Creasey and Paul Paiero.

Bryant said feedback received by organizers indicated that the public wanted the exhibit to be juried for balance and a thread of professionalism.

“Sometimes artists can sway your view of eroticism,” said Cramb. He added that he was looking for art that is not common or generic, but more on the fringe, raw and personal.

Expose Yourself will be held in Townsite from March 17 to 19; the venue location is to be announced.

For more information, go to eyexhibition.com.

Kicking the Clutter: How to free yourself from clutter traps
May 2, 2021 7:00 AM
Comments