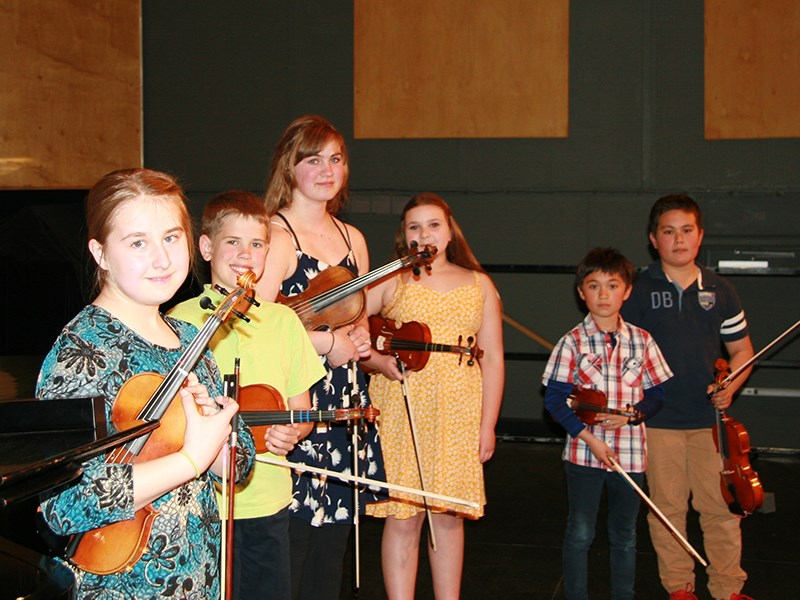 A group of 22 young musicians performed at Powell River Academy of Music’s annual scholarship competition on Saturday, May 4. The event is open to those studying at the academy aged 18 and under.

Funds are donated by patrons and teachers to assist students in their future studies.

The calibre of the musicianship on display was impressive, he said, and it made the job of the judges that much harder.

“It seems that the students here are beyond their years in their ability, deportment, how well they prepare themselves and their performances,” said Martella. “Arthur [Arnold] had the students play a second time because he felt they all did something well and it was difficult to make a decision.”

Receiving the Daryl and Doreen Smith scholarship in junior piano was Eric Ruegg with Monica Ruegg runner-up. The Lillian Dickson Memorial Scholarship in senior piano went to Hannah Schweitzer, with the runner-up scholarship going to Jaid Kirzakow and honourable mention to Aaron Schweitzer.

qRD board ratifies agreement with Powell River Academy of Music
Mar 5, 2021 10:17 AM