New Business Council of BC research finds businesses in the province are paying nearly $5 billion more per year in taxes than they were in 2013
Aug 3, 2019 10:17 AM By: Hayley Woodin 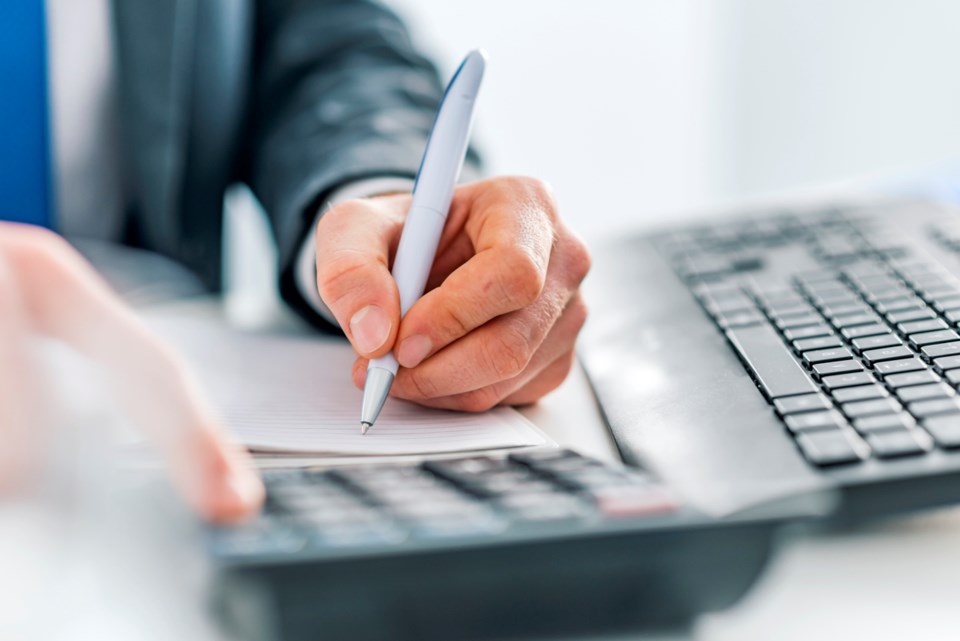 A new report from the Business Council of BC estimates B.C. businesses are paying nearly $5 billion more in annual taxes than they were in 2013.

BCBC says the cumulative tax increase, coupled with regulatory changes, is weighing on investment and business sentiment in B.C.

A new report from the Business Council of British Columbia (BCBC) calculates that businesses are paying nearly $5 billion more per year in taxes than they were in 2013.

The sky isn’t falling, explains BCBC chief economist Ken Peacock. But he says the layering on of various tax policies is a burden for business, and the real cost goes beyond additional billions.

“Not investing, not choosing to update or upgrade facilities, not expanding operations, not opening a new branch or a new facility or a new site, and just adopting a bit more of a way-and-see-what’s-happening-in-other-jurisdictions approach,” Peacock says of the tax burden implications that are difficult to quantify.

The report examines six years of policy changes and their financial impact on businesses – a period that includes policies enacted by BC Liberal and New Democratic Party (NDP) governments.

During that time, it pins the single largest tax increase on a return to a PST system in 2013 after a failed attempt to shift the province to a Harmonized Sales Tax (HST) regime. BCBC calculates that under a PST system, businesses are paying an additional $3 billion in sales tax on inputs – costs that would have been eliminated under the HST.

The second biggest tax increase is B.C.’s new EHT, which took effect at the start of this year and replaces Medical Services Plan (MSP) premiums, which will be eliminated in 2020. BCBC estimates the net tax impact on B.C. businesses to total $800 million per year.

A two-percentage-point increase in the province’s corporate income tax rate since 2013 is the third most significant tax hit for businesses. A one-point increase came under the BC Liberals, and the BC NDP matched it in 2017.

A rising carbon tax was also highlighted as a contributor to businesses’ tax burden. After thawing a $30-per-tonne freeze in 2018, B.C. implemented two $5-per-tonne increases, bringing the tax’s total to $40 per tonne. BCBC estimates that $10 increase will cost companies an additional $170 million to $175 million in aggregate costs.

“The carbon tax burden is significant and is substantial,” said Peacock, noting that land-based operations, B.C.'s resources sector and the province's export sector in general are particular areas of concern.

"We are in a circumstance in B.C. where we have done nothing to shield, protect, provide any offsets to our exporting companies who are energy-intensive operations, and pay significant amounts in carbon tax,” he said. “Every other jurisdiction in the world… has taken steps to protect their export sector.

“That’s going to prompt companies to be more cautious about deploying capital. And if you look to the resource sector and the forest products sector, they already are not spending and not investing much, if anything. And most of the big investments that these companies are making are south of the border in the southern U.S. states," Peacock said, noting that businesses are responsible for 40 per cent to 50 per cent of B.C.'s carbon tax revenue.

New policies are responsible for around $5 billion of the tax revenue that will be generated by businesses this year, according to BCBC. Peacock explains that while those extra funds will help support the province's ambitious social spending mandate, B.C. has also benefitted from years of strong economic growth – and greater tax revenue as a result.

The report notes too that governments have afforded businesses some tax cuts over the past half-dozen years.

Under the BC NDP, the province’s small business tax rate was reduced to two per cent from 2.5 per cent. The report calculates that change resulted in a yearly tax savings of $70 million for very small firms. The PST exemption on electricity used by businesses saves companies around $80 million annually. Temporary federal tax relief around capital cost allowances is also expected to cost B.C. $800 million over three years in foregone tax revenue, to the benefit of businesses.

“Our concern is: who’s watching the overall big picture with all of these cumulative impacts?" asked Peacock.

The full BCBC report can be read here.

Tradespeople come to build new wastewater treatment plant in Powell River
May 5, 2021 6:55 AM