Impact in Powell River of plan to tax foreign speculators will depend on details, say observers 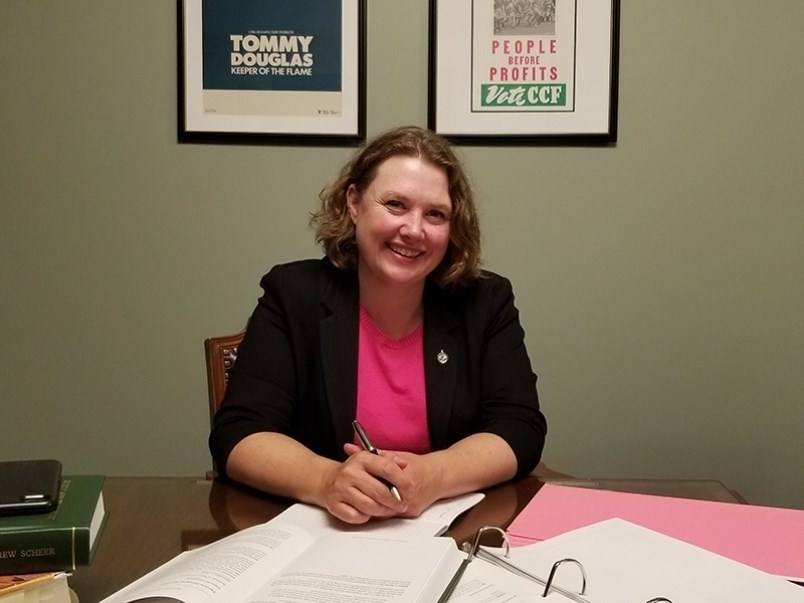 Impact of the federal government’s plan to tax foreign real estate speculators on rural jurisdictions such as Powell River will depend on the details of such a plan, observers say.

Last week, the federal fiscal update stated: “the government will take steps over the coming year to implement a national, tax-based measure targeting the unproductive use of domestic housing that is owned by nonresident, non-Canadians.”

“They’re not proposing a foreign buyer tax; they are proposing something similar although probably, at least as they’re describing it, quite a bit weaker than the provincial Speculation and Vacancy Tax,” Gordon told the Peak.

Gordon said the federal government’s announcement indicated the tax will target unproductive use of housing by nonresidents, but the lack of details means it is difficult to foresee the likely impact of the proposal.

“It sounds like they’re going to do a vacancy type tax on properties owned by nonresidents or foreign owners, but a lot of the details aren’t clear,” he added. “They may only apply it to certain big, urban areas.”

Gordon noted the federal government may choose to target certain cities to avoid pushback from foreign property owners in resort communities like Whistler.

“For a place like Powell River, the main impact, should there be an impact, will be indirect, and the question is then how much impact does it have on the Vancouver market” he added. “If it had a significant impact on the Vancouver market, then you would probably see a slower market in Powell River just by virtue of the fact that you have fewer people moving up with decent-sized windfalls from Vancouver.”

The qathet region currently ranks as “unaffordable” for renters in the bottom two income tiers, according to data from theCanadian Rental Housing Index. Powell River-Sunshine Coast Real Estate Board, meanwhile, has recorded three consecutive months of year-on-year increases in property sales, with the average single-family home selling price in Powell River for October 2020 pegged at $493,586.

North Island-Powell River MP Rachel Blaney noted her New Democratic Party proposed a foreign buyers tax in its 2019 federal election platform, and that she is glad to see the federal government “finally get in the game.”

However, she explained, any such tax on its own won’t be enough to address the housing affordability crisis.

“What is lacking from the Liberal Housing Strategy are proper supports for affordable housing providers,” said Blaney. “Nearly all the new funding announced for housing the Fall Economic Statement is going to the for-profit sector and does not address the dire need for more affordable housing supply.”

Blaney said the effectiveness of the tax itself will depend on the details.

“Until the Liberals release the details of the tax, we will not know whether this will have any additional effect for BC in addressing the housing crisis,” said Blaney. “For example, will this tax set a floor or will it stack with BC’s own speculative and vacancy tax for foreign owners?”

The BC government credited the speculation tax with bringing down house prices by 5.6 per cent in the first quarter of 2019.

Warren Behan, a local realtor, said he rarely sees foreign buyers seeking to enter the Powell River market, meaning any such tax from the federal government is unlikely to directly affect sales.

“Our out-of-town buyers are normally Lower Mainland,” said Behan. “We have buyers who are new to the country but they’re not foreign. They have landed status.

“There are some Americans who own vacation homes here, but it’s more Bliss Landing, and certain pockets, but it’s a very small amount.”

Behan estimates he has sold a maximum of five properties to foreign buyers in the last 30 years. He agrees the federal tax would have to significantly affect markets in the Lower Mainland to have any impact in Powell River.

“If it really affects the Vancouver market — and it would really have to affect it — then that would trickle down and it would affect our market,” he said.

“We’re still seeing a lot of out-of-town buyers,” he said.