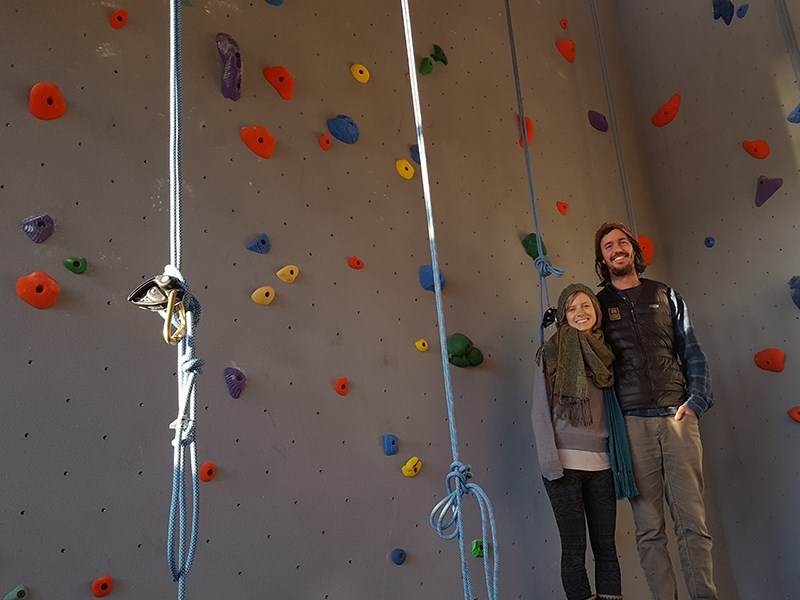 Naysayers have said since the project began that Townsite Market would never open. They will be proven wrong Sunday, December 9, when the market doors open for what is described by owner Steven Brooks as a grand opening celebration.

“I'm obviously very happy and relieved to be opening the building,” said Brooks.

The project has taken about four years to complete.

“It's been a huge undertaking but I'm very pleased with the end result,” he added. “I truly believe it will help continue to grow Townsite and Powell River, and make it a destination for tourism.”

Brooks said all the shops will be open on Sunday except two anchor tenants, Base Camp and Hearth and Grain bakery, which will hopefully be opening early next year, as well as a board-game store and SassyMack’s Ice Cream.

17 artisan shops, including a fruit and vegetable store and kiosks will be open, such as Ren Jager’s Seaside Aenfae Boutique.

“I’ve always wanted to do something creative and I’ve mostly had stuffy government jobs,” said Jager. “This is what I want to do.”

Jager said she is not nervous about going into her first retail venture, and that maybe it is a bit naive.

“But there’s no children’s clothing stores here and people love to buy stuff that’s local, so I’m going to carry lots of west coast brands that I know the moms here love,” added Jager, who will also be featuring her own handmade clothing.

For Powell River Climbing Co-op, one of the market’s anchor tenants and the first to be completed, co-op organizer Tracy Raftl said she breathed a sigh of relief.

“At long last we’re opening our doors,” she added.

The project to build a climbing centre with rope and bouldering walls was conceived three years ago, according to Raftl.

“There was a time, a part in the middle, where we were a little nervous that the building wouldn’t get finished and it wouldn’t happen,” said Raftl. “But for the most part we thought ‘it’s going to come.’ It was just, when?”

For the artisan shopkeepers who have not ventured into the retail world before, it is a dream come true. Excitement prevails and there has been a mad rush to get ready.

“All of us have been head down for this for so long and we really feel that there’s a need, an interest and a desire for people to access these kind of things, these clothing pieces, and to be inspired for themselves as well as having ready access to it,” said Eunoia Fibre Studio and Gallery’s Wendy Drummond.

Drummond said she knows of no other community marketon the coast, outside of Granville Island in Vancouver, that compares to Powell River’s Townsite Market.

“This is fantastic. It’s absolutely brilliant, it’s beautiful,” said Drummond. “I love the character of the space. I love the draw of the people who are coming in. It’s in a beautiful spot in Townsite. It’s bringing back the whole ‘old town’ again.”

Local historian and Townsite Heritage Society director Ann Nelson, who has collaborated as a consultant on the project, said the market is the best adaptation of the building that could have been hoped for.

Built in 1940, the Powell River Company commissioned Charles Van Norman, an up-and-coming Vancouver architect at the time, to design its new company store. The building is significant because it was one of the first in BC to be built in the new modernist style, according to the Biographical Dictionary of Architects in Canada.

Tradespeople come to build new wastewater treatment plant in Powell River
May 5, 2021 6:55 AM