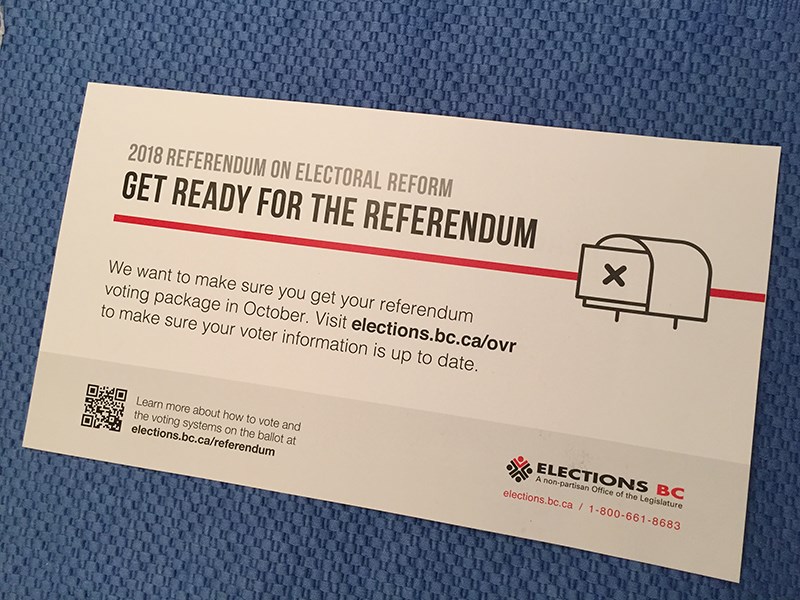 This fall, voters across BC will decide whether the province should keep its current first-past-the-post voting system or switch to a proportional representation system.

The 2018 Referendum on Electoral Reform ballot paper will include two sections: first, voters will decide whether they wish to keep the current system, in which the candidate with the most votes in a given riding wins (and the party with the most elected candidates gets to form a government), or switch to a proportional representation system, in which political parties win seats in proportion to the total number of votes they receive.

Over the next three issues of the Peak, a series of articles will explain how each of those systems works, which countries (if any) already use them, and the pros and cons of each system.

Dual member is a mix of the current first-past-the-post system and proportional representation. Under this system, most ridings would be combined with a neighbouring riding, and have two MLAs.

The dual-member system was invented at the University of Alberta in 2013, and is not currently used anywhere in the world. However, proponents say this system would ensure that only parties who win the majority of votes are able to form a government. Currently, political parties are able to govern with outright majorities despite receiving a minority share of the popular vote. Proponents also say the dual-member option gives every political party a fair shot at representation in the legislature. In last year’s provincial election, the BC Green Party won 16.8 per cent of the popular vote but have only three seats, about four per cent of the seats in the legislature.

On the other hand, opponents of the system say the five per cent bar would encourage more extreme parties to put up candidates. In some European countries with proportional representation systems, both far-right and far-left parties have won seats in national legislatures.

In addition, opponents argue that the dual-member system would risk creating provincial ridings too large to have meaningful local representation. Opponents also note that the BC government has not given any details about what the ridings would look like under a dual-member proportional representation system.