BC Ferries says the provincial health orders that were put in place Nov. 8 for Vancouver Coastal Health and Fraser Health, and expanded provincewide Nov.
Nov 20, 2020 12:21 PM By: Sean Eckford 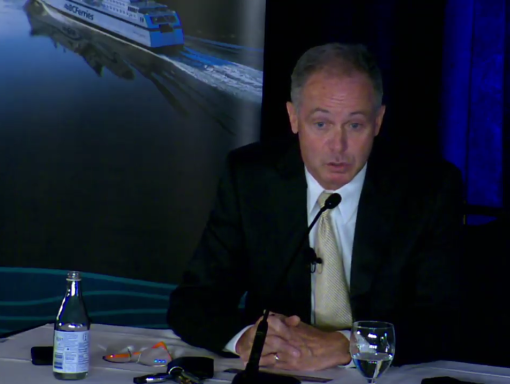 BC Ferries says the provincial health orders that were put in place Nov. 8 for Vancouver Coastal Health and Fraser Health, and expanded provincewide Nov. 19, “could negatively affect our traffic levels,” which in turn could mean another hit to the ferry company’s bottom line.

The statement is part of the management discussion and analysis released Friday along with BC Ferries’ second quarter results.

“We continue to monitor the situation to ensure the transportation of essential goods and services, while managing the preservation of cash and protecting the financial well-being of the company,” the analysis says.

“COVID-19 continues to have a significant impact on the ferry system as we navigate through what is now the new normal with our employees, our customers and all British Columbians,” BC Ferries president and CEO Mark Collins said. “Throughout the pandemic, our employees continue to provide lifeline service to coastal communities and I want to recognize their dedication and perseverance, which has been nothing short of inspiring.”

Vehicle traffic was down 29 per cent compared to the second quarter of last fiscal year and passenger numbers were off 14 per cent. The decreases for the first six months come in at 43 per cent and 28.7 per cent respectively.

BC Ferries said its expenses were lower as well, down $62.1 million, or 14.1 per cent, on the operations side for the year so far, which includes expenses such as labour costs, fuel consumption, maintenance and advertising.

“These cost reductions, while helpful, did not offset the decline in revenues as a significant portion of BC Ferries costs are fixed and do not meaningfully fluctuate with reduced traffic demand,” the release said.

“Given the impact of the pandemic to our operations and financial position, we are reviewing all capital plans to identify opportunities to defer any expenditures that are not regulatory, security or safety related or operationally necessary. It’s imperative that we scrutinize everything we do to preserve the long-term sustainability of the ferry system in the public interest.”

The management discussion and analysis also notes that BC Ferries is yet to receive any of the $308 million earmarked for ferries under the federal-provincial Safe Restart Agreement.

“We reached a formal agreement with the Province regarding the Safe Restart Funding Program earlier this month,” the analysis said. “The funds have not been received and the timing of receipt and recognition within the financial statements is currently under review.”