One toucan was found dead and several birds were without food at Vancouver International Airport last month
Jan 17, 2021 7:00 AM By: Elana Shepert 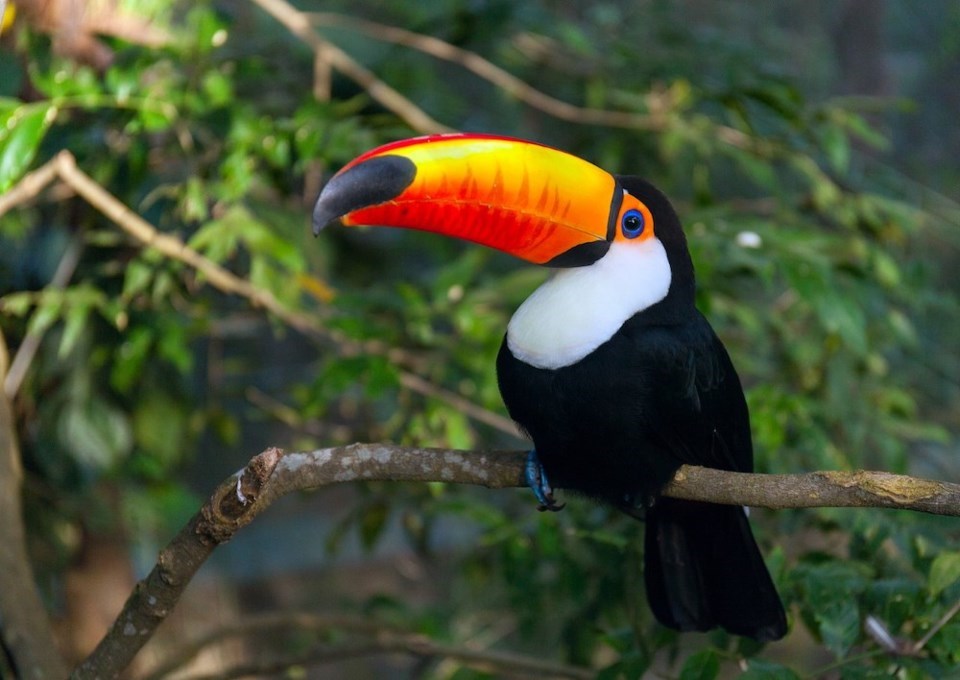 BC SPCA is calling on Canadians to help end the international and domestic trade of exotic birds and other wild animals. BC SPCA photo

BC SPCA is calling on Canadians to help end the international and domestic trade of exotic birds and other wild animals.

The organization urges Canadians to sign a petition to prime minister Justin Trudeau that encourages the closure of wildlife markets globally.

Dr. Sara Dubois, chief scientific officer for the BC SPCA, says a case last month where 50 parrots and toucans from Guyana were held at Vancouver International Airport on their way to Japan is just one small example of the suffering inflicted on exotic animals exploited by global trade. In that instance, one toucan was found dead and several others without food, explains a news release.

“The exotic bird trade is immense, involving thousands of species and millions of individual birds each year,” says Dubois. “At any given moment, untold numbers of birds are being caught and shipped around the world. Some are destined for the pet trade here in Canada. Others will merely pass through our borders on their way to being sold as pets in other countries.”

Birds come to Canada from as far away as Africa, Asia and South America. Canada also serves as a stopover for shipments of birds on their way to other countries.

While the United States, the European Union and others have essentially banned the import of wild-caught birds, Canada has yet to follow suit, which leaves it open as a route for the exotic trade market.

Regardless of where they come from or where they end up, Dubois says the wildlife trade causes birds to suffer.

“For example, before they even reach the consumer, as many as 75 per cent of parrots taken from the wild die from stress, disease, rough handling, crushing, asphyxiation or dehydration during capture and transport.”

In order to feed the demand of the exotic bird market, Dubois says baby birds are stolen straight from their nests as eggs or chicks while their helpless parents look on.

“Older individuals may be caught in mist netting or fishing line snares or lured onto sticky traps. Apart from the sheer terror this causes, many birds are injured in the process.”

Dubois adds that birds are then subjected to incredibly harsh conditions during transport.

“They are often overcrowded in poorly ventilated containers without protection from fluctuating temperatures and are not provided with adequate food and water.”

Wild capture is not only incredibly harmful to individual birds but can also decimate local wildlife populations and cause serious and lasting harm to their habitats.

“Even in areas where it is illegal to take birds from the wild the black market is flourishing,” says Dubois. “Poachers accept the risk because of the money involved.”

In light of the COVID-19 pandemic, adds Dubois, it’s important to be aware of the disease risk posed by the exotic bird trade.

“The close confinement and highly stressful conditions associated with capture and transport makes birds more susceptible to infection, and endangers the people and other animals who come into contact with them.”

BC SPCA has joined a national coalition urging the government to end the wildlife trade and is calling on Canadians to add their voice by signing an online petition here.

The SPCA says you can also help by taking the following steps: