BCCDC: No COVID-19 cases reported in Powell River from May 30 to June 5 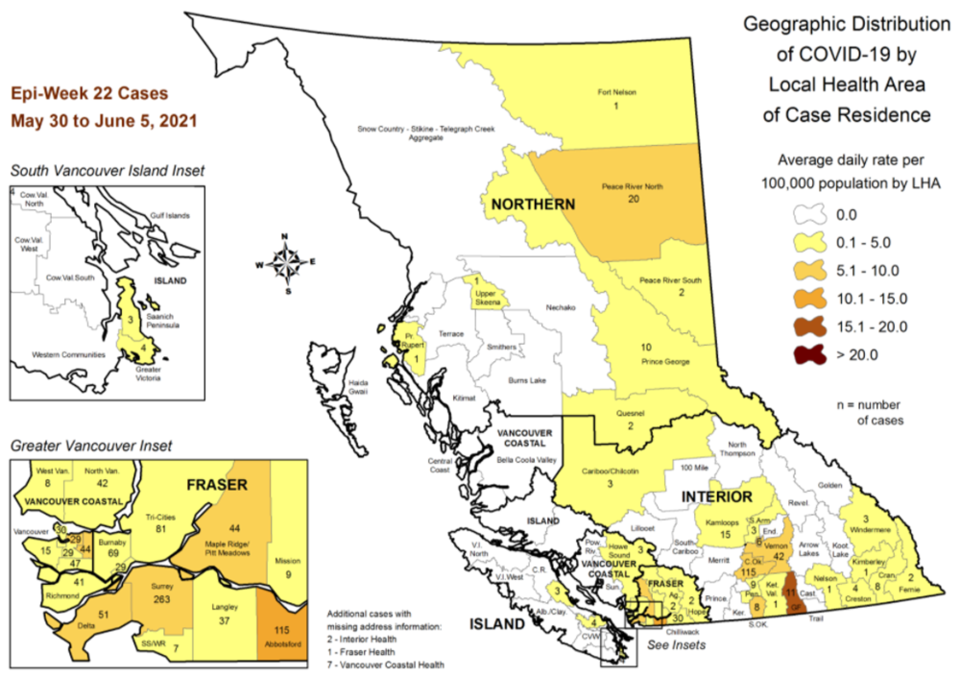 BC Centre for Disease Control graphic

BC Centre for Disease Control (BCCDC) reported there were no COVID-19 cases in the Powell River local health area from May 30 to June 5. It marks the second consecutive reporting period with zero cases, following May 23 to 29.

One case was reported for each of the previous reporting periods: May 16 to 22, and May 9 to 15 period.

Two cases were reported in the area from May 1 to 8.

The cumulative total for the local health area from January 2020 to May 2021 is 94, according to BCCDC.

More than four in five adults aged 50 and over (83 per cent) in the area have received their first shot of the COVID-19 vaccine, along with more than seven in 10 of those over the age of 18 (73 per cent).

As of June 9, the province had reported a total of 145,843 cases of coronavirus in BC since the pandemic began. More than 97.4 per cent of those, or 142,106 people, are deemed by the province to have recovered because they are not considered to be infectious.