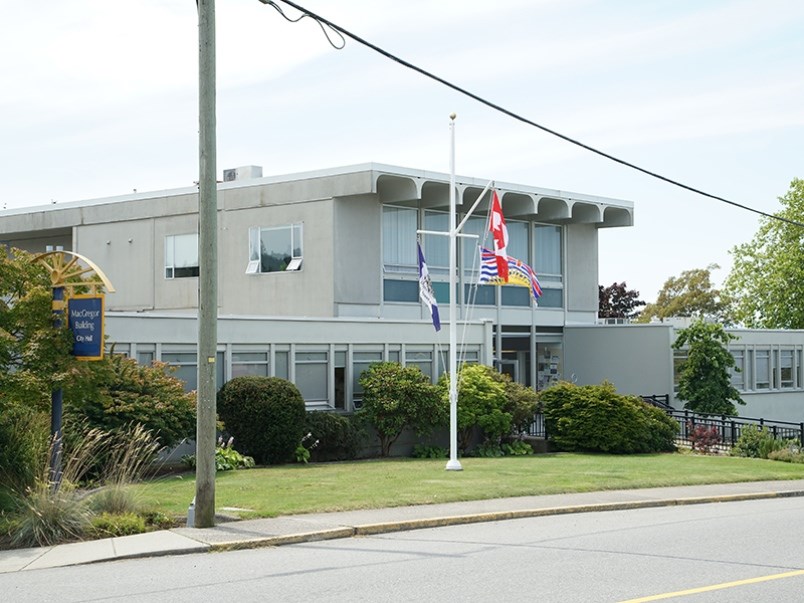 At the January 21 city council meeting, councillors voted to approve the resolution for the corporation in order to comply with annual reporting requirements of the Business Corporations Act.

Councillor Rob Southcott said the consent resolution is an alternative to an annual general meeting.

“It is very appropriate for this kind of situation where the corporation in question has been inactive,” said Southcott. “It is held entirely by one shareholder, which is the city.”

Southcott said the legislation requires a resolution such as the one being proposed, or an annual general meeting.

City of Powell River councillors learned of the status of the dormant Powell River Power Development Corporation held by the city in December.

At the December 15 committee of the whole meeting, director of properties, development and communications Scott Randolph outlined the corporation and the annual requirements that need to be met according to the Business Corporations Act.

Randolph said the matter before council was a “bit of housekeeping.”

He said the corporation was initially established to act as a 50 per cent shareholder in the Freda Creek community hydro partnership to pursue a run-of-river hydro-generation project with Tla’amin Nation. He said since pre-feasibility work was completed on the project in 2012, there has been little to no activity as the provincial government and BC Hydro have chosen to focus on other hydro-generation projects. According to Randolph, the corporation is currently dormant.

Randolph said every year the city needs to confirm the members of the board, which are staff members Tor Birtig, Russell Brewer and RCMP staff sergeant Rod Wiebe. Randolph said the corporation also had an audit performed as per council’s wishes.

The audit costs $3,500 and legal fees for the fiscal year were $1,278, according to a report from Randolph. He said the cost of auditing dropped from $5,400 the previous year after the city went with local accounting firm DMD Chartered Professional Accountants.

“There were no irregularities whatsoever,” said Randolph, who was asking for council’s approval of the consent resolutions of the sole shareholder of Powell River Power Development Corporation, and with that, council would be approving the audit for the 2019 financial year.

Councillor George Doubt said he was surprised to hear Randolph say that the partnership doesn’t exist anymore. He wondered if the city still owned any water rights so the power development corporation could utilize those rights to create a power system.

Randolph said those water leases or tenures are held by Tla’amin Nation. He said there was never money moved to the Freda Creek partnership at any time by either side.

Doubt said the only financial assets in the corporation are $20, and the assets in the partnership were water rights, held by Tla’amin. He asked if they were still willing to be part of this partnership.

Randolph said the city would have to talk to the nation about that.

“We haven’t had a conversation around Freda Creek for some time because the project went dormant,” he said. “It’s probably worth having a conversation and seeing what their thoughts are.”

Mayor Dave Formosa said regarding this partnership with Tla’amin, why it went quiet was because BC Hydro had a surplus of power, so these run-of-river generation projects didn’t proceed. He said the water rights are valuable. He said there was an interest with Alterra Power Corporation to partner with Tla’amin and the city to try and get that project going because government at the time said first nations had the opportunity to create those power projects.

“Seeing as how we were partners, it was something Alterra was interested in pursuing some time ago,” said Formosa.

Randolph said pre-feasibility work was done but it is sitting on the shelf because there was a change in policy at the provincial level in regard to independent power. He said it was felt it wasn’t worth making the next significant investment, in the millions of dollars, to complete the feasibility work.

Chief administrative officer Russell Brewer said the corporation was a dormant shell company and it is maintained if the city requires an opportunity at some point down the road. Randolph said the city would have to change the terms of reference to use it for other purposes.