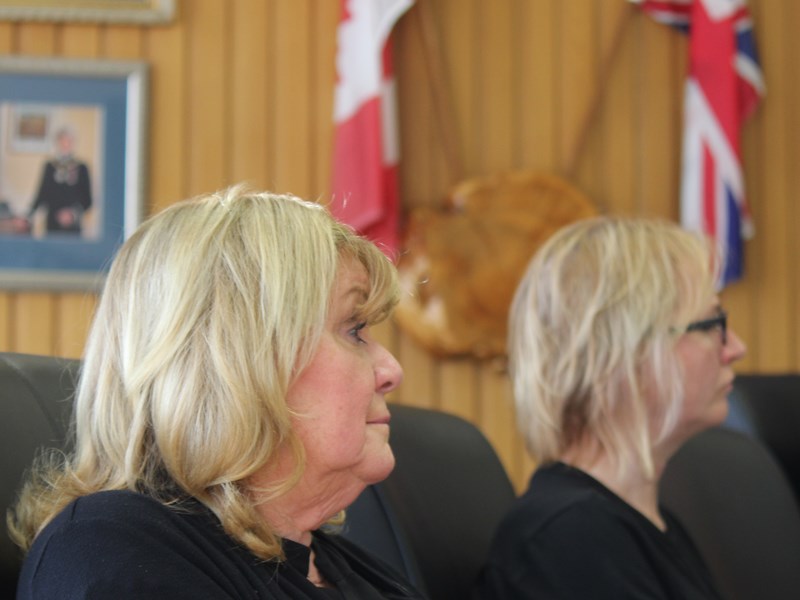 City of Powell River councillor CaroleAnn Leishman says she is losing sleep over climate change. At one point during her impassioned argument on the subject at the regular council meeting on Thursday, February 21, she broke into tears over her desperation.

Leishman brought forward a resolution she wanted to take to Association of Vancouver Island and Coastal Communities (AVICC) conference in April, which will be hosted by City of Powell River and qathet Regional District. Her goal is to have AVICC call on the provincial government to declare a climate state of emergency, as well as give direction for city staff to prepare a report on climate change impacts on Powell River.

The committee passed the motion on the climate change declaration, but only after 25 minutes of debate over a word.

Councillor Maggie Hathaway, who holds the protective services portfolio, including RCMP, Fire Service and Emergency Services, spoke against the motion because it did not, by definition, fall under the provincial Emergency Program Act. According to Hathaway, the act covers short-term, immediate and urgent emergencies caused by natural events, such as wildfire and earthquakes.

“I don't think a ‘state of emergency’ declaration is the route to go,” said Hathaway. “It's the wrong name for it.”

After being bogged down by definition, an amendment was made to change “climate state of emergency” to “climate emergency.” The motion passed and will be brought to the floor at the AVICC conference.

“If it gets defeated at AVICC, so be it,” said Leishman.

Leishman has been outspoken in her urgency to draw attention to climate change in Powell River and became emotional when telling her fellow councillors her feelings about climate change.

“We are the leaders of this community and everybody is looking at us to make a difference,” said Leishman. “I just can't sit by anymore and do these piddly things that we're doing.”

She requested that within 90 days, city staff prepare a report outlining the greatest threats to the city, both corporate and community, with respect to climate change impacts. It includes: estimated sea level rise, wildfire threats, increased flooding events, potential contamination of the watershed and other immediate perceived threats; beginning discussions between the city, regional district and Tla’amin Nation for establishing an advisory committee for disaster and emergency response planning with the regional manager of emergency services taking the lead; establishing “Climate Action Plan 2020 and Beyond” for a carbon-neutral City of Powell River; beginning to track financial implications of climate change impacts not only in city asset management plans but in all city departments; and becoming carbon neutral in the city’s corporate operations from 2019 and beyond.

“We know it's going to be expensive; we know it's going to take staff time to build these into our financial plans but we have to start putting money into reserves” said Leishman. “We have to make plans so at the very least if we can do this we're taking a step forward and we're telling the community that this is an urgent matter and we are getting in front of it as best we can at this late date.”