City of Powell River explores patios and parklets for restaurants 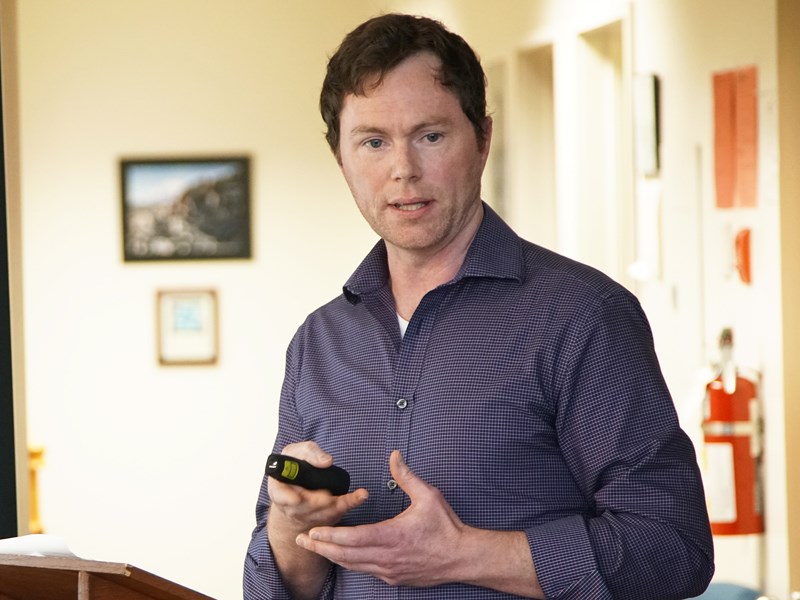 City of Powell River staff members are looking at steps that can be taken to facilitate outdoor spaces for local businesses such as restaurants.

Manager of planning services Jason Gow appeared before council at its May 27 meeting to provide an update on outdoor patios and parklets on streets in the city. Gow said he was at the previous week’s council meeting on May 21 where restaurateur Sarah McClean made a pitch for outdoor space for her restaurants on Marine Avenue.

Gow said city staff was already considering ways to explore to utilize public land to allow for more public dining. He said he wanted to make his presentation to get the initiative moving along.

“I also thought it would be a great opportunity for me to gain some insight into any vision council has as it relates to this initiative,” said Gow. “It will still take a number of weeks to get something like this moving, so you have our assurance that this is a priority, but I also want to do a little bit of managing expectations. It does take time to develop policy.”

Gow said it was important to get confirmation on areas of the community in which the initiative would apply. He said it is also important to get a sense as to the value of compensation the city should expect to receive when a proposal includes privatization of public lands.

He said the city is trying to act quickly.

“Patio season is upon us and the quicker we get through this process, the faster the businesses could benefit from this initiative,” said Gow.

He said the city was looking at Marine Avenue and there are other commercial areas that could be looked at as well, in Cranberry and the Townsite commercial area. Joyce Avenue is not an area that can benefit from patios and parklets, according to Gow.

Gow said patios on public land could be located on sidewalks. He said in this community, there are challenges, such as the width of sidewalks in front of local restaurants.

Gow made the distinction between a patio and a parklet. He said roadside patios are privatized in the sense that they are operated by a business. The businesses look after the space and manage it.

Parklets are for use by anyone on the street. They typically have a steward or partner who looks after the site and are not just for users of a particular business.

Gow said the elephant in the room is the provincial ministry of transportation and infrastructure (MOTI), which has jurisdiction over Marine Avenue. However, he pointed out that even without the support of MOTI, there is opportunity in the downtown core as the city owns numerous properties and adjacent roads in this vicinity.

He said the city would have to consider whether patios and parklets were seasonal, or whether they would operate year-round. There are also considerations to be made in the COVID-19 era, making sure there is adequate separation for patrons and pedestrians.

“Our sidewalks are tight,” said Gow. “We really haven’t broadened our sidewalks. It is going to be a tricky initiative.”

The next step from staff’s perspective is to bring back a policy framework, which is a bylaw that regulates the use. He said he welcomed council’s questions because it’s important to refine some components before he comes back to council.

Councillor Cindy Elliott asked about the chances of being able to use parking spaces for patios along Marine Avenue, the provincial highway.

Gow said he is an optimist and believes the letter sent to the minister earlier in the week that requests a change to policies will be supported.

Councillor Rob Southcott said he was excited about the prospect. He said the initiative could provide support for businesses struggling because of COVID-19 restrictions.

“This moves a step in the direction of orientation to people instead of cars,” said Southcott. “Are other communities ahead of us and are there good examples of what’s happening in this provincial jurisdiction?”

Gow said other communities have dealt with the issue. Nelson, for example, has a good bylaw, said Gow, as does Victoria.

Councillor Jim Palm thanked Gow for being creative. He said there may be something that can be salvaged for the season. His only concern was for potential fees that could be charged during these COVID-19 times.

Councillor CaroleAnn Leishman said this year would be a pilot project and she likes the idea of no fees for this first period of time.

Councillor George Doubt said he heard a number of things being talked about, including parking space patios, which are seen in Nelson, which “creates a vibrant downtown.” The other concept is parklets. He said another thing the city was looking at was parking lots connected directly to particular businesses. He said it’s important to ensure the whole program is fair to all business owners and does not provide an advantage to any one business.

“It’s exciting,” said Doubt, “and it makes sense to have a pilot project we can tweak and spend more time developing.”