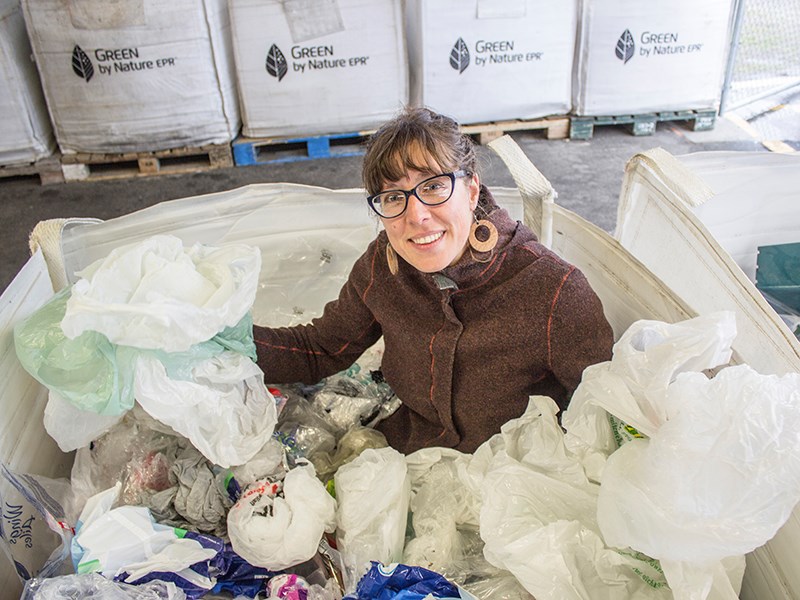 If City of Powell River council has its way, single-use plastic shopping bags will be banned sometime in the near future.

Mayor Dave Formosa took quick action at a committee of the whole meeting on Tuesday, February 2, directing city staff to look into the logistics of eliminating plastic bags after a short presentation by Powell River Surfrider Foundation.

Surfrider’s Abby McLennan, also a member of Powell River Regional District’s Let’s Talk Trash Team, explained to council that single-use plastic shopping bags are being used at an alarming rate and often end up in the landfill or in the environment, causing damaging effects to beaches and wildlife.

Formosa said the issue of banning plastic bags has come up ever since he has been on council, and he is ready to do something about it.

“Plastic bags are a menace,” he said. “They do have some benefits for some people, but for general use they don’t decompose and they end up on the beaches.”

Formosa pointed to the region’s sustainability charter and the right to a healthy environment as a way to bypass provincial legislation that may prohibit the city from passing bylaws to ban the products.

“All we want to do is get plastic bags out of our community,” said Formosa, “so why don’t we just do it and see what happens?”

Councillor Russell Brewer stressed at the meeting that city staff need to research the issue carefully before council proceeds with any kind of ban.

“We need to go forward and do our homework like councillor Brewer suggested, so we’re not getting on thin ice,” said Formosa. “There’s a bit of a risk, but I think we should take it.”

Councillor CaroleAnn Leishman has been working to ban plastic bags for several years. Before being elected, Leishman presented to council in 2008 with a delegation from Pebble in the Pond Environmental Society to ask for a plastic-bag ban.

“We’re hopeful the political will is stronger now because the movement of banning plastic bags globally has become such an issue, so there’s a lot more awareness around it,” said Leishman.

McLennan and Leishman explained other BC cities such as Victoria are already challenging provincial laws and looking for ways to implement single-use plastic-bag bans.

“If you can say that it’s to prevent impact to your infrastructure, you may have an argument to do it at local government level,” said Leishman. “So we might be able to target it that way, and I’m hopeful that we can look at Victoria as an example and just do it.”

Surfrider is a global environmental group started more than 30 years ago by a group of surfers. Its Victoria, BC chapter has initiated a Ban the Bag campaign and has already collected in excess of 5,500 petition signatures in support of the ban.

City of Victoria councillor Ben Isitt said the city is moving forward with the plastic-bag ban and its staff will be reporting back on ways to engage the public and initiate it.

“It’s time to clean up local waterways and we need to move away from the idea that you need to bring a piece of garbage home with you every time you go shopping,” said Isitt.

McLennan’s presentation to council included a draft bylaw modelled after the one presented to Victoria council.

She said the proposed ban would only be for single-use checkout bags and not for bags used for produce and meat. The proposal also included paper bags as an option at a small cost, to encourage the use of reusable bags.

Leishman pointed out that previous generations did not have the option of using plastic bags when they shopped.

“Our grandmothers and mothers had their baskets and cloth bags, and they had to because the stores didn’t provide bags,” said Leishman. “We’ve become a society of convenience.”

According to Surfrider, 2.86 billion plastic bags are used annually in Canada.