If penalty bylaw passes, taxpayers would be given relief on penalty dates
May 9, 2021 9:29 AM By: Paul Galinski 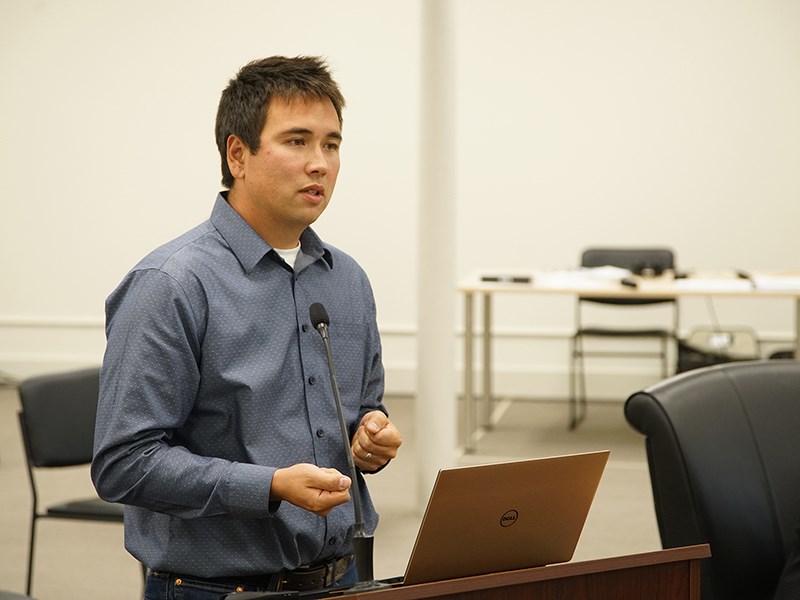 PLAN DEFERRAL: City of Powell River chief financial officer Adam Langenmaier told council that if it extends this year’s tax penalty deadlines, capital projects may have to be put on hold.Peak archive photo

City of Powell River council gave first three readings to a tax penalty bylaw that would extend the date where municipal taxes can be paid without incurring a penalty.

Councillor George Doubt, who chairs the city’s finance committee, made a motion to accept the recommended option in the report for the July 3 and October 16 penalty dates. Doubt said the recommendation from chief financial officer Adam Langenmaier followed the pattern of other BC municipalities with those dates.

Councillor Maggie Hathaway said she, too, is in favour of the option Elliott was championing.

“I don’t think we had any real ill effects from last year, giving an extension,” said Hathaway.

“When we look at the report it doesn’t expect that going with option one will have any impact on the financial situation of the city and if we do it without negative impact on the city it seems like a good idea,” said Doubt.

Corporate officer Chris Jackson said if council wants to change the intent of the original motion, it could amend the draft bylaw in accordance with option one contained in the property tax memo.

Council gave unanimous consent to amend the draft bylaw to reflect option one.

Hathaway asked Langenmaier if he had any comment on ill effects with going with option one.

Langenmaier said implications from option one would be the deferral of the capital plan because the city loses assurances that taxes will be collected in a normal timeframe.

“It will put our cash flow situation under stress,” said Langenmaier. “To alleviate that stress, we stop spending where we need to, similar to what we did last year by pausing the capital plan. In my opinion, it’s not the best choice because it puts a lot of what we are doing on hold again.”

Councillor CaroleAnn Leishman said when Langenmaier talks about pausing the capital plan, if the city received grant funding for capital projects, could that potentially affect undertakings that may have associated matching funds. Langenmaier said similar to last year, the city would have to look at each project individually.

Elliott said the city could expect similar behaviour this year to last year’s trend where many taxpayers paid their taxes by the July 2 deadline.

“There was only a certain percentage that paid later,” said Elliott. “Our mill is currently operating so things are looking up on that front. The extra time given to the end of summer is not as long as last year’s, so the risks you speak of are not as large as they seem to be, given we have last year’s behaviour to be able to predict this year’s.”

Formosa asked if the city had a revenue anticipation bylaw that allows it to borrow in times of low cash flow. He said the city could also borrow from itself from reserves.

Langenmaier said the city can borrow from itself. The city has also passed a revenue anticipation bylaw, which allows for borrowing to offset cash flow difficulties.

Leishman said last year there was a lot of messaging put out for people to pay their taxes on time.

“Because we were in such a state of flux, and everyone was so freaked out, there was a lot of messaging that if you can pay your taxes on time, please do, so I would hope we still try to get that messaging out there,” added Leishman.

Mayor Dave Formosa said even if the city adopts a bylaw extending the tax penalty deadline, residents are encouraged to pay their taxes by the normal July 2 deadline.

Council gave first three readings to the amended bylaw, which will have to come back to council for final adoption.