Councillors receive report on effects of pandemic
May 25, 2020 7:00 PM By: Paul Galinski 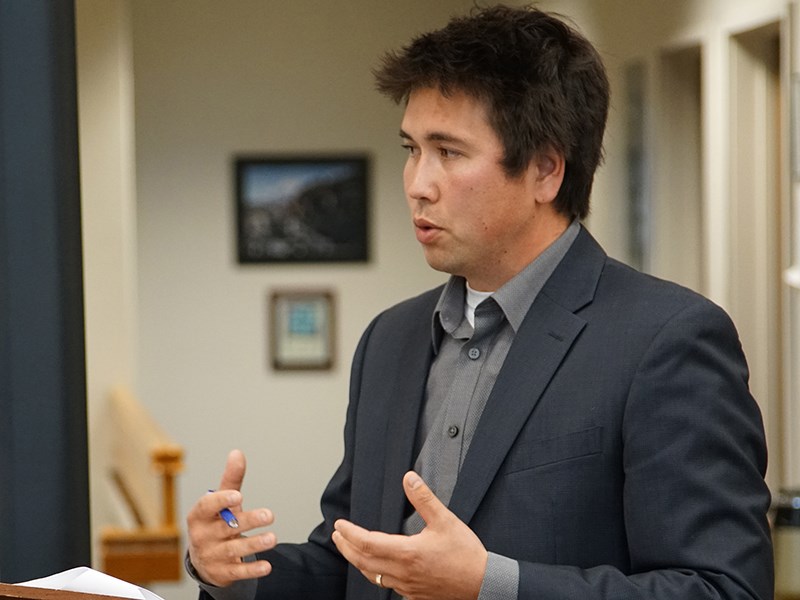 City of Powell River councillors were provided a snapshot of the effects of COVID-19 on municipal finances.

At the May 21 council meeting, chief financial officer Adam Langenmaier presented a report regarding the financial ramifications of the pandemic. He said there are some big implications that COVID-19 has cast upon the city.

Langenmaier said in terms of revenue, the city’s total budgeted revenue for 2020 is $36 million. The main source is property taxation. He said the pandemic will not affect how much the city collects, but it will affect when the city collects it. The city has voted for a property tax deadline extension, meaning taxpayers have until September 30 to pay without penalty, instead of the normal deadline of July 2.

Langenmaier said the next big piece of revenue is fees and charges, which will be greatly impacted by the pandemic. He said it is a challenge to look at how revenues will be impacted. He forecast total monthly revenue of $207,500 to be foregone due to COVID-19, from sources such as Powell River Recreation Complex and recreation programs, garbage tags, transit and the campground at Willingdon Beach.

In terms of expenses, some have decreased non-voluntarily, and there are voluntary expense decreases, over which the city has control. Langenmaier said he has looked through every account and his goal is to provide options for council to reduce expenses but not recommend major changes. The majority of savings found were in training, travel and grants that are given out.

In terms of recreation expenses, the city is seeing savings with the recreation complex closure. Savings include utility costs and no part-time staff working.

“These savings are being offset by a reduction in revenue,” said Langenmaier. “We are having a near-zero impact for that building at the moment. The reopening is dependent on how we do for property tax collection. Recreation services are heavily subsidized by property tax.”

Langenmaier said one of the major areas of change is in capital projects. Council passed a financial plan specifying everything it wanted to do. Langenmaier said his report looks at what can be put on pause.

“I made a number of recommendations to the capital plan to defer projects,” said Langenmaier. “My rationale involved whether the project was underway or is it critical to current operations.”

The liquid waste treatment plant, for example, is critical for operations, and outside funding goes along with the city’s contribution. Another consideration is whether the funds were coming from a reserve the city could borrow against if the city gets into “a sticky situation and needs cash.”

“We can put all of those projects on pause and sit on that cash until we see where we need to be,” said Langenmaier.

In terms of capital plans, nearly $3 million was identified to be deferred until impacts of COVID-19 pass.

“It doesn’t seem like much because our capital plan is $38 million, however, the treatment plant makes up almost $32 million,” he added.

In terms of special projects, a total of $144,000 has been put on hold in Langenmaier’s report.

Regarding reserves, Langenmaier identified $1.1 million that could be redirected to general operations if required.

He made an estimation of assumed property tax collection for 2020, with 60 per cent contributed by July 2, 75 per cent by September 30 and 99 per cent by December 4. Under this scenario, the city would be short $13 million on July 2.

“What this spells out is an operational cash crunch; these delays are going to determine some of our action plans,” said Langenmaier. “The provincial government has identified these issues and are giving some relief by reducing when we have to pay the school tax, from August until the end of December, so that will provide us with a bit of flexibility in cash, but we still need to ensure that by December 31, we have the cash to pay the province.”

Councillor George Doubt, chair of the finance committee, said the city has made some concessions to delay the penalty day on city taxes from July 2 to September 30 and he was hoping as many people as possible will submit their taxes to the city before July 2.

“I hope people will pay their taxes as early as they can so we can maintain the services, but that will depend on taxpayers’ money coming in,” said Doubt.

Councillor Rob Southcott said Langenmaier’s recommendations to council included having 85 per cent of the tax revenue before the city is confident about opening up the recreation complex, and asked the CFO to explain it.

Langenmaier said at 85 per cent tax revenue collection, the city can provide services at the recreation complex without putting the city in detriment.

“If we choose a lower amount of collection threshold, we could be at a point where we open up, spend a lot of money and don’t see that remainder being collected,” said Langenmaier. “We’ll have used some of our cash we’ll really need in future months.”

Councillor Jim Palm said he had concerns, and that he was sure he was going to get a lot of questions about recreation.

“When you refer to collecting 85 per cent of our taxes before we look at reopening the recreation complex, we see sports groups starting to talk about starting up again,” said Palm. “One of the things people like to attend is hockey games, and if we don’t have our complex and ice rink running, if those leagues start up, we’re out of luck come hockey time. That’s going to be one question coming forward on the recreation complex very soon.”

Palm said with timelines for tax collection and proposed reopening of the recreation complex, some sports could be in trouble.

Councillor Maggie Hathaway said she had received questions about reduction of city staff. She said she was aware that part-time recreation complex staff were not working. She asked if the working hours of full-time staff had been looked at.

Langenmaier said he didn’t work that into the staff report.

“These are the things we want to explore if we see our collections aren’t going well,” he said. He added that it also involves what council wants to do with service levels and where shifts can be made.