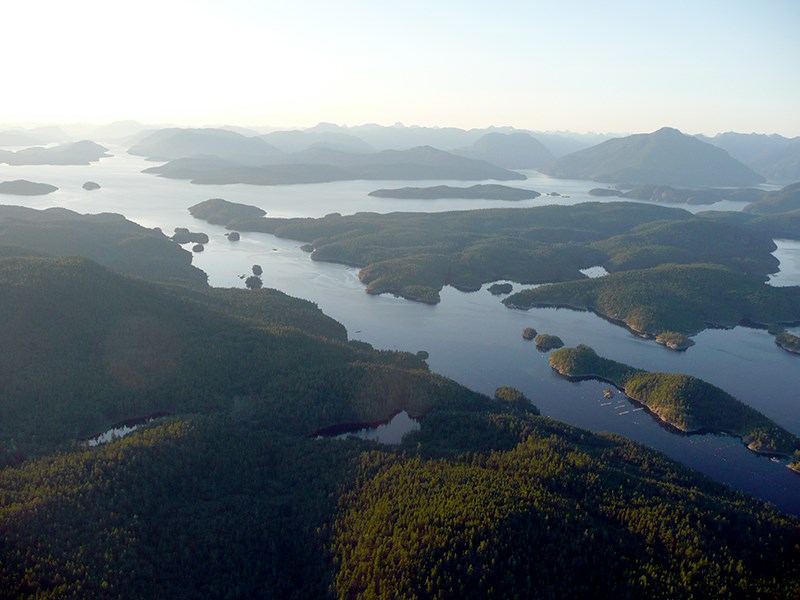 The company, which extracts about four million tons of aggregate annually from its Sechelt and Chilliwack mines alone, had planned to drill in early September to determine the viability of a 1.2-square-kilometre gravel quarry in the Desolation Sound area.

According to corporate communications director Jeff Sieg, Lehigh Hanson recognized early on that mining in the area would not be economically feasible and the company routinely looks at sites across Canada and the United States. BC Ministry of Forests, Lands and Natural Resource Operations granted Lehigh Hanson’s application to do exploratory work last fall.

"We've been looking at the property for some time, in terms of evaluating whether it would be feasible to mine it, and we've said from the very beginning that it's just an exploratory process," said Sieg. "Obviously, bringing in drilling equipment and contractors would be very expensive, so we just decided early on to not take it any further."

The news came as a surprise to Save Desolation Sound Society, according to director Russell Hollingsworth, a Vancouver architect who helped form the society in January after hearing news about Lehigh Hanson's application.

"I'm elated. You don't often have this kind of turnaround and success in this kind of initiative, so I'm just very pleased and appreciative of Lehigh bowing out," said Hollingsworth, who also cited the support of nearby Klahoose Nation. “It wasn't just us, and that's probably what tipped the balance for Lehigh, is that there was an awful lot of people concerned and they were starting to coalesce together as a strong voice. With all of those forces acting together, Lehigh Hanson made a wise choice."

Sieg said the company did take negative public response to the application into account, but it was only part of a bigger picture about the viability of the project.

"With any process in terms of going in and mining a site, whether we go in and mine it or not, working with the community is always a factor," said Sieg. "If the community is opposed to it and we have to hold community meetings, then those are all factors in cost and effort, such as community response, expense, transportation and permitting issues, et cetera."

Powell River Regional District and Tla'amin Nation both gave conditional approval for the Lehigh's investigative licence, but stated at the time if the project had moved forward they would want another chance to comment.

Regional district board chair Patrick Brabazon said he is happy Lehigh has reneged its application and explained that local governments are often bound by provincial government decisions.

"I'm pleased they are abandoning it, and I do recognize the ministry trumps local government, as we have seen in run-of-river projects where they completely change the legislation," said Brabazon. "We couldn't stop it, so I'm pleased that Lehigh has pulled the plug."

As much as 70 million tons of gravel is estimated to be located in the Lloyd Creek area, which is about five kilometres northeast of the provincial park boundary. Hollingsworth said Save Desolation Sound Society will continue to keep an eye on any corporate activity in the area.

"The resource is obviously still there; it doesn't stop someone else from making an application to go after it," said Hollingsworth, "so we will just monitor things and if there is a future application we would certainly get active again."

Hollingsworth said although he is pleasantly surprised Lehigh Hanson has withdrawn its interests in the area, he blames the provincial government for opening up the marine park area to development in the first place.

"The biggest disappointment I had in this whole thing was that our government invited them to proceed; the lack of sensitivity and understanding the government has," he said. "Even to open up something like this and invite people to spend money to look at it is very disappointing."