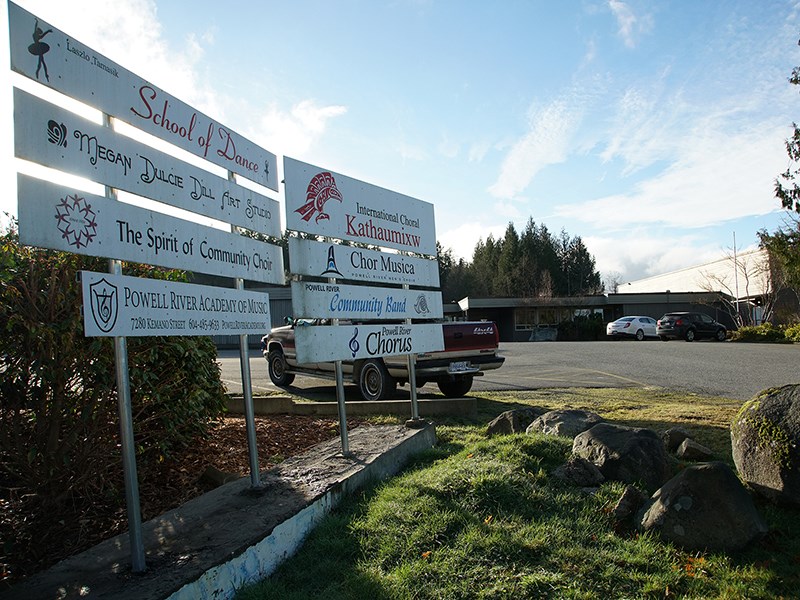 qathet Regional District’s finance committee is recommending to the regional board that it continue to provide financial contributions to Powell River Academy of Music.

At the finance committee’s February 17 meeting, regional directors heard from several representatives of the academy, who outlined the organization’s operations.

Board president Keith Matterson said the academy is actively looking toward the future about what it is able to do, and wants to do when things start to open up. He said the academy has new performance ideas and festival ideas in addition to International Choral Kathaumixw.

“Whatever we can do to keep the arts and culture exposed in Powell River and district is important; we are not-for-profit and we want to provide arts to as many people as possible,” said Matterson. “We collect fees to do this but the real answer comes from grants, volunteers, our performance-based fundraising and our partnerships. From this we deliver economic benefits, an excellent facility, lessons, choirs, dances and all of the things associated with the arts.

“We like to believe we deliver participation, whether you are a performer or the audience. We see the academy as a great little four-piece combo. We provide education, events, cultural exchange and an economic influence into the district as well.”

Music director Walter Martella said the academy prides itself in educating the community as much as it can through music and the arts.

He said 2020 was very discouraging. The academy suffered the loss of many live music events that are important to the community and the academy, added Martella. Kathaumixw, Carols by Candlelight and the academy concerts series were just a few of the casualties.

However, the choral program has begun, in person and through videoconferencing, and lessons and all of the classes have resumed as best they can.

Martella said the one project he worked on in lieu of Kathaumixw was a Hymn to Freedom virtual choir involving the academy chamber choir and the Philippine Madrigal Singers that were to be in Powell River in 2020. He said a video was made.

“The neat process was everyone sent themselves singing on video on their smartphone and I collaborated all of these together with me playing the piano, and it actually worked out really well, considering we had no advanced technology, but were just using a computer and iPhones,” said Martella.

In addition, Chor Musica, the men’s choir, did a virtual video of Christmas music, and the apprentice choir, made up of children, did a Christmas concert via video.

Martella said many arts schools were decimated by COVID-19. However, the academy was resilient enough to come back, keep moving forward and continue to provide services.

“The academy is such an important part of the community,” said Martella.

He said 2020 was planned as the year for the 19th Kathaumixw. In March 2020 the academy was forced to cancel the 2020 festival. He added that a digital Kathaumixw was held on the original dates and presented on Facebook. A total of 35,000 people were reached, which was “fantastic.”

When the 2020 festival was cancelled, it was hoped that the festival could be rescheduled this year, but it became apparent this would not be possible. Kathaumixw has been deferred to 2022, according to Martella.

He said the academy is grateful for any help provided to the organization, such as from the regional district.

Academy administrator Carrie Lanigan said the regional district plays a major role in the success of the academy and in making Kathaumixw possible.

“We really value our ability to recognize the funding contribution agreement because it’s a critical lever for our fundraising efforts and our long-term planning,” said Lanigan. “We’ve done a lot to make the school viable for this year and we’re hopeful for the future.”

She said the academy is requesting the renewal of the funding contributions agreement that expired in December 2020.

The finance committee voted to recommend the regional board to agree to enter into a three-year renewable partnership agreement with Powell River Academy of Music, and that the agreement consist of cash payments to the academy of $15,000 on even numbered years and $3,000 during odd numbered years.