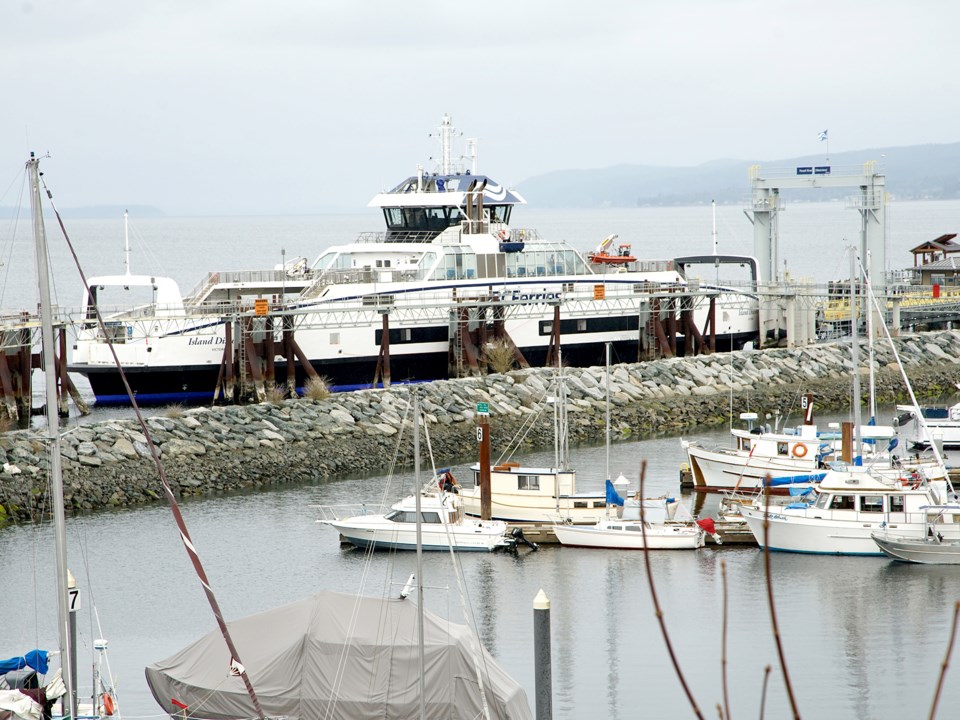 NEW FERRY: Docking for the first time at the Westview terminal is the new Island Discovery ferry, which is scheduled to serve the Texada Island route in early May. Paul Galinski photo

The Island Discovery ferry, destined for the route between Texada Island and Westview, will be conducting trials in the Powell River area in the coming days.

According to Darin Guenette, manager of strategy and community engagement for BC Ferries, the Island Discovery, which will be replacing the North Island Princess, overnighted in Saltery Bay on March 25, and is returning there each night until BC Ferries expects it to get into service on Route 18 in early May.

Guenette said that on March 26, the crew will be conducting dock fits in Westview, followed by more fits at Blubber Bay.

“They are expecting to arrive at Westview around 10:45 am,” said Guenette. “They will test shore power hookup, sewage pump out and fresh water hookup. When done at Westview, they will head over to Blubber Bay and do similar hookups. Then they will likely bounce back and forth between Westview and Blubber Bay a couple of times during the day, so there are definitely opportunities for people to see the ship in both terminals and transiting between.”

Guenette said Island Discovery will then mostly be sitting at Saltery Bay during the days, except March 30 and 31, when they will be dock-fitting at Little River and Earls Cove respectively. Then, they will also be heading to Port McNeill for dock fits mid-April.

Guenette said, unfortunately, there are no opportunities in the current COVID-19 situation to allow anyone other than minimum crew on board while they are in dock.