Community action team has been busy and is extended for another year
Feb 17, 2021 2:54 PM By: Paul Galinski 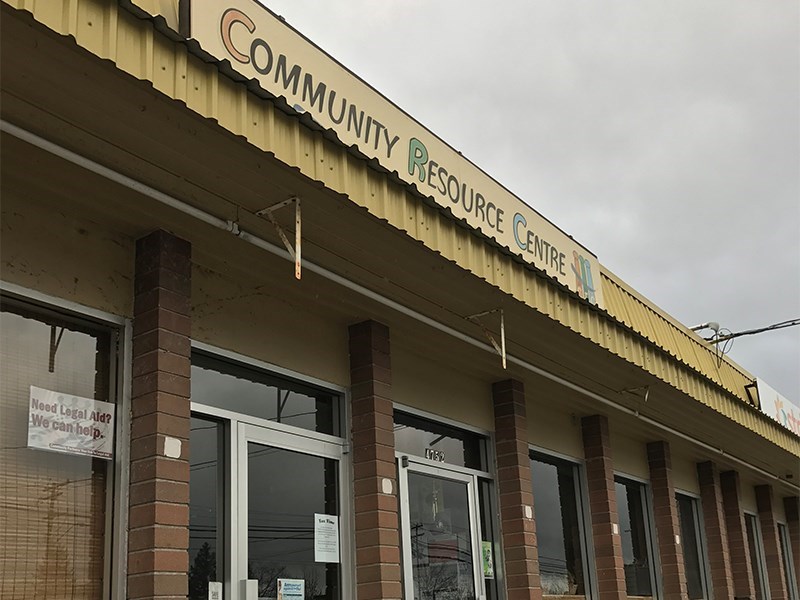 BUSY LOCATION: The Community Resource Centre at 4752 Joyce Avenue has served as an effective location for Powell River’s overdose prevention site, which is open daily so people have the opportunity to use drugs in a controlled environment. Powell River is still a community of concern in relation to the opioid crisis.Peak archive photo

As the five-year anniversary of the province’s illicit drug toxicity public health emergency approaches, BC Coroners Service reports 2020 was BC’s worst year yet in terms of number of lives lost due to the effects of toxic illicit drugs.

According to a media release from BC Ministry of Public Safety and Solicitor General, there were 1,716 deaths due to illicit drugs in 2020 in BC, representing a 74 per cent increase over the number of deaths recorded in 2019 (984). The number of illicit drug toxicity deaths in 2020 equates to about 4.7 deaths per day, which is two deaths per day higher than in 2019 (2.7).

The release stated that the toxic illicit drug supply in BC has claimed more lives than motor-vehicle crashes, homicides, suicides and prescription-drug related deaths combined.

Kathryn Colby, manager of community development at Lift Community Services and coordinator of the community action team (CAT), said there has been a lot of activity in Powell River to deal with the opioid crisis.

“The trend in British Columbia showed the worst overdose death rate in BC’s history last year,” said Colby. “That extends to Powell River. We are still very much a community of concern. We are still very strongly in the middle of an emergency.

“We know people are dying so let’s make this an actual health emergency.”

Colby said the community action team has been funded for another year, having just wrapped up its second year. She said COVID-19 complications last year made it more difficult for the broad, community coalition that makes up the CAT. She said most of the time in the past year the CAT was looking at dealing with vulnerable populations.

“Last year was a bit of an emergency response moment, as things came up and people needed things on the ground,” said Colby. “This year we are able to think a bit more thoughtfully around systems and what might look best for the region.”

Colby said the overdose prevention site (OPS), which is a CAT project, has been extended for another year. She said there has been a huge uptick of usage since the operation was moved to the Community Resource Centre.

“It has been wonderful because it’s a large enough space that we are able to have folks socially distanced and stay safe,” said Colby. “They are coming for education and other services that they need without being cramped into a small space.

“We encourage anyone who uses drugs for any reason to come to the OPS. It’s there for the community and it’s 100 per cent anonymous and confidential.”

The CAT has 12 working groups that are focusing on the drug crisis in the community, according to Colby. She said the fact that there are so many participating agencies in the CAT process, it’s like a local system change. Colby said she has been doing this work for a couple of decades now and she has never been in a room where she feels so aligned with so many different people on a single issue.

“The Powell River CAT is kind of the CAT that gets referenced around the province,” said Colby. “We are the most robust, we work the most collaboratively and for our community leaders, it really shows where their characters are. The CAT directs the work and so it’s one of the most collaborative environments I’ve ever been part of.”

Colby said the CAT is working with people to help them understand that this truly is a health issue.

“That’s where we see our job,” said Colby. “There’s the education of the community.

She said she thinks people would be surprised by how many families have been affected by the opioid crisis in Powell River. She said it’s important to understand that just because a family doesn’t talk about it, they are often suffering in silence because they don’t feel comfortable disclosing the cause of death of their loved one.

“I would ask all people across qathet to be mindful and kind about these issues,” said Colby. “It has affected a lot of families.”