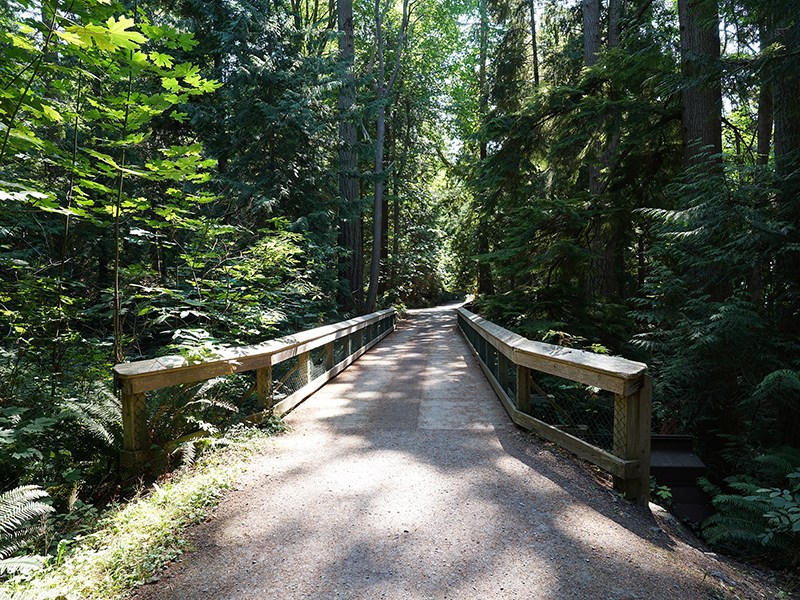 HEARS REPORT: City of Powell River’s parks and trails master plan looks into the more than 160 hectares of city parkland and 80 kilometres of trails and the kinds of strategies that can be fulfilled over the next 15 years. The plan will be going to city council for adoption in January 2021. Paul Galinski photo

City of Powell River councillors have received the city’s parks and trails master plan that was completed by consultants LEES+Associates Landscape Architects and Planners.

At the December 15 city committee of the whole meeting, councillors were given a briefing on findings of the study, looking into more than 160 hectares of parks and 80 kilometres of walking, cycling and hiking trails inside city limits.

Senior planner Daniella Fergusson said the plan had been worked on for more than a year. According to a report authored by Fergusson and director of parks, recreation and culture Ray Boogaards, the city’s park, trail and active transportation system are important features of the community.

The report states that staff was directed to prepare a parks and trails master plan to guide maintenance, upgrade and acquisition of parks, natural and forested areas, open spaces, park infrastructure, off-street trails and on-street sidewalk and cycling facilities and infrastructure over the next 15 years.

According to the report, there were several key findings and recommendations.

The first is that the city has plenty of parks, sports fields and trails. Recommendations include dedicating and protecting parks that already exist, consolidating and improving the quality of existing sports fields and focusing any new parkland acquisition to areas that are either underserved or have high ecological value. For trails, recommendations include prioritizing trail linkages and improvements that connect to each other and provide public access to the waterfront.

Another finding is that COVID-19 is showing the importance of parks and trails.

Safety concerns are driving the desire for better active travel infrastructure. Protected lanes for cycling and scooters across the city were strongly supported throughout the engagement process, the report states.

Accessibility improvements are still required according to the report.

There is more design work needed for certain areas. The report states the old arena site, old golf course lands and old barge terminal are all areas of the community with high potential for public benefit, important network connections and other land use considerations. More community consultation and design work is needed to evaluate land use trade-offs and to plan these sites, according to the report.

The report also stated that while the plan has a 15-year time horizon, some of the recommendations are intended to set the stage for longer-term ambitions. These include continuous public access to the waterfront, habitat restoration and a public path around Cranberry Lake.

At the committee meeting, mayor Dave Formosa said the master plan is a great map forward for the future of the community. He said the narrative is that the public is happy with the city’s parks and trails.

“We do have lots of parks and opportunities and key locations are pointed out,” said Formosa. “It’s a great tool. It’s a great report and I’ll enjoy getting deeper into it.”

Councillor Jim Palm said the master plan will serve the city well. He said a couple of things that jump out for him is the amount of volunteerism in Powell River on the trail network.

“Thank goodness we have those groups out there on a regular basis,” said Palm. “Every day of the week they are out there, grooming trails.”

Councillor George Doubt said the master plan is a great report and what stuck out for him is that everyone involved in writing the report is doing a lot of listening.

“I went to the public engagements and I heard what people were saying, and there’s very little I heard that isn’t highlighted in the report, like waterfront access, the trails along the waterfront, the trail around Cranberry Lake, and the Gibsons Beach boat launch, which is of interest to people in Wildwood,” said Doubt. “Those are all really good things and I think the consultation was good.”

Doubt said in terms of pedestrian crossings, that was something he was a little disappointed in. He said councillors had received a couple of delegations about crosswalks on Alberni Street at Ontario and Fernwood avenues. He said Fernwood is a route children use to walk to school to stay away from busier parts of Manson Avenue. There was nothing in the master plan about those two crosswalks, according to Doubt.

Overall, however, Doubt said it is a great master plan and a great target to try and reach over the next number of years.

The master plan will be sent to council in January 2021 for adoption.