City of Powell River councillors were recently presented with two views of restocking fish in the lakes of the Powell River region.
Nov 19, 2020 11:20 AM By: Paul Galinski 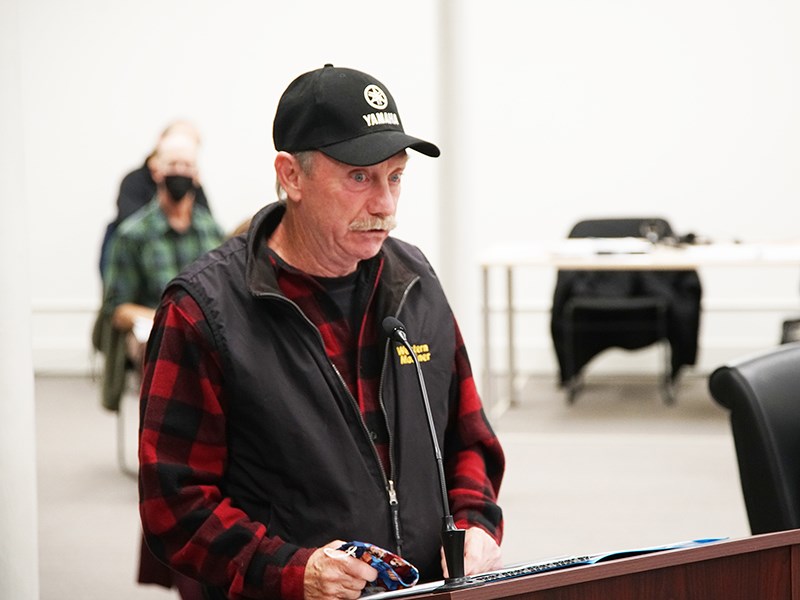 City of Powell River councillors were recently presented with two views of restocking fish in the lakes of the Powell River region.

At the November 17 committee of the whole meeting, councillors heard a delegation from Jim Parsons, a city resident, who outlined a proposal he is submitting to the Freshwater Fisheries Society of BC (FFSBC) to request the restocking of lakes in the Powell River region. At the conclusion of the committee meeting, Nathan Demeester, another resident, approached councillors during question period, opposing the restocking of fish.

Parsons said his motivation for this comes from observations during his lifetime. He said he has been engaged in discussion with other fishers and it’s no surprise people he talks to feel that fishing on local lakes is on the decline in both numbers and sizes of fish.

Parsons said there has been a fish restocking program operating in BC since 2003. He said FFSBC has successfully been raising trout, steelhead and sturgeon in six different hatcheries scattered throughout the province.

“Somehow, this program has eluded Powell River,” said Parsons. “I feel it’s time we tap into this resource. This program is fully funded.”

Parsons said in the summer of 2019, a group travelled across BC for three weeks. He said lakes in the Cariboo have been receiving fish from this program for years and it is certainly paying off in fishing opportunities.

“I suggest that Powell River could also benefit from this program,” said Parsons.

He said the program has released six million fish into more than 800 lakes in 2020.

Parsons said he has reached out to local governments, the conservation officer’s office, Powell River Chamber of Commerce, Powell River Rod and Gun Club, Powell Lake cabin owners association, Tourism Powell River and many businesses and letters of support are coming in.

“If we are successful in our quest to be part of the provincial program, all decisions of which lakes and which species will be made by qualified biologists from the fish and wildlife branch,” said Parsons. “It will be totally out of our hands. Powell River lakes have not been historically stocked but fish and wildlife [branch] are open to entertaining the idea. An extensive study is required before any restocking is approved.”

Councillor Jim Palm said he commended Parsons for the way he was going about the process.

“Obviously, you’ve done your homework and you’ve done it well,” said Palm. “I wholly support what you are trying to do here, because Powell River has never been part of that process, because we’ve always seemed to have an abundance of fish in our lakes, but the fishing is increasing and the decline continues to happen, so this is perfect timing.”

Councillor CaroleAnn Leishman said she looked at the FFSBC website and it indicates that biologists are looking at restocking. She said it results in recreational fisheries opportunities and conservation. She said the website details where fish have been placed, it tells exactly how many fish were put in lakes, for example, on Vancouver Island.

“It would be a great thing if we were selected,” said Leishman. “I would gladly support sending a letter of support.

Councillor Maggie Hathaway asked why some people would be opposed. Parsons said there is a fear of the wild stocks being somehow contaminated. Hathaway said she was supportive of a letter.

Councillor Cindy Elliott said she thought it was a wonderful idea and wanted to see a motion for a letter of support from council.

The committee provided unanimous consent for mayor Dave Formosa to write a letter of support for Parsons’ proposal.

During question period, Demeester said he had been involved in the Powell River fishery for 27 years. He said he was an independent fisheries consultant the government body that will be looking over the application will hire because of his extensive knowledge of the fishery and watersheds in Powell River.

“I’m not only a stakeholder in the fishery but I was a guide here for many years,” said Demeester.

He said fish that would be stocked in the lakes are like the steer of the fish world, having been neutered, and unable to reproduce. Because they can’t reproduce, it would be logical to think these fish would have little impact on the environment and the fisheries here, he said.

Demeester said regarding the local fisheries, the ecosystem is already full. He said the important question is: what is going to be taken away by introducing these new fish?

“It all comes down to the available food in these watersheds,” said Demeester. “It’s about displacement. If you put these fish in our watersheds, we are going to be displacing something else. That will be the stickleback populations, the kokanee populations and the sculpin populations that are going to be the main food source for the world’s largest coastal cutthroat trout populations here.

“I would really like you to consider having a larger conversation about this before you write this letter. We don’t have a lack of fish and that’s why this program hasn’t been brought to Powell River.”

Demeester said he had been on the phone with the biologist whose desk the application will go over and he assured Demeester it will be shut down.

“They’ll take a look at it; they have to consider everything, but knowing the state of the fishery here, knowing the quality of fish we have in Powell River, they are not into affecting wild fish.”

Committee chair George Doubt said council made a decision that the mayor should write a letter of support, but it’s quite possible to ensure the wording includes a statement to proceed only if it’s biologically positive.

“I think what everyone around the table wants is to have viable fisheries,” said Doubt. “If restocking would be a good thing biologically to happen, we’d like to see that happen. If it would be negative, then we don’t want to see it happen. We want to do good and do no harm.”