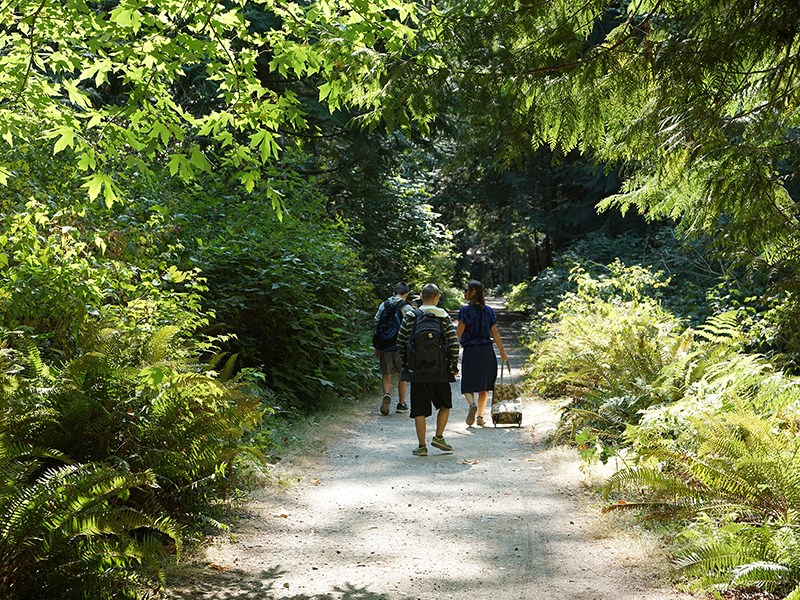 PUBLIC ENJOYMENT: City of Powell River has more than 160 hectares of parks and 80 kilometres of walking, cycling and hiking trails that were part of strategizing for the recently adopted parks and trails master plan. Paul Galinski phot

City of Powell River Council has approved its parks and trails master plan, which provides direction to the city for the next 15 years.

At the January 21 city council meeting, mayor Dave Formosa said it was a great plan, worth looking at and worth reading.

Councillor Jim Palm concurred, saying the parks and trails master plan was a great document, coordinated by senior planner Daniella Fergusson and director of parks, recreation and culture Ray Boogaards. Palm said there had been extensive public consultation with residents of Powell River in the plan’s development.

“In round three the city received 148 survey responses, conducted staff workshops, corresponded with the public and held eight stakeholder intergovernmental meetings. They did the job, there’s no doubt about it. I have to say that in these COVID-19 times we’re in, the number of people who are out on our trails, hiking and enjoying the outdoors in Powell River has never been greater.”

Palm said it’s amazing if one goes out on a weekend because there are cars all over the backcountry and people everywhere.

“Powell River is in very good shape and this plan will help us move forward,” he added.

Palm said the plan highlighted not only parks and trails, but also active transportation, such as cycling.

He said key findings in the master plan include a statement that the city has plenty of parks, sports fields and trails. Another feature was that COVID-19 showed the importance of parks and trails. Additional safety concerns are driving the desire for better active transportation infrastructure.

The report states that accessibility improvements are still required, and there is more design work needed for certain areas, such as the old Civic Arena site in Westview, old golf course lands in Townsite and the Westview barge terminal.

Palm said he was happy to say that three very important city documents have all been taken into consideration and combined in this plan. This includes the 1998 parks and open space master plan, the 2010 park/playing fields and open spaces inventory, and the 2014 municipal cycling plan.

Councillor Cindy Elliott said she participated along the way.

“It was really excellent work,” said Elliott. “I wanted to express my gratitude to the staff.”

The parks and trails master plan staff report stated that the city has more than 160 hectares of parks and 80 kilometres of walking, cycling and hiking trails. Staff was directed to prepare the master plan to guide the maintenance, upgrade and acquisition of parks, natural/forested areas, open spaces, park infrastructure, off-street trails and on-street sidewalk and cycling facilities over the next 15 years.