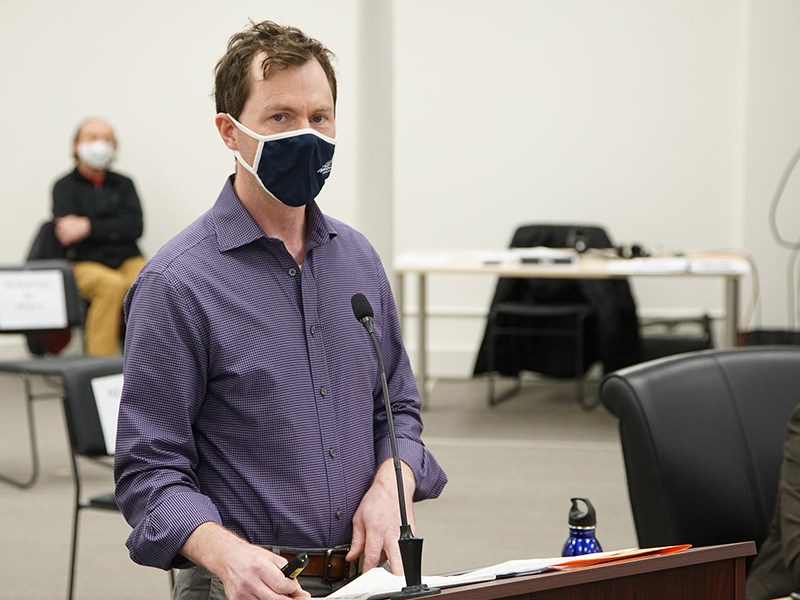 City of Powell River Council will consider a zoning amendment to allow for a high-density housing project proposed for Cranberry.

At the December 1 committee of the whole meeting, manager of planning services Jason Gow said the proposal is to consider an application to rezone parcels located along Cranberry Street at Dieppe Crescent in Cranberry. This would accommodate an affordable housing, multifamily residential development proposed by Life Cycle Housing Society in conjunction with BC Housing.

Gow said the application has been a long pursuit for the society. The project, if approved, would address some of the need in the community for affordable rental housing, he added. He said Life Cycle Housing was created in 1994 and has a volunteer board with one part-time employee. The society currently owns and manages 51 rental units in three locations, he added.

One of the developments is the eight one-bedroom dwellings in Cranberry formerly operated by the Moose Society, according to Gow, which is the property he was discussing.

Gow said prior to development, the lots would be amalgamated into a single parcel, roughly under one acre in size. He said the applicants were proposing to remove the eight existing units and construct a 24-unit rental housing development.

The current site has traditionally housed single adults, said Gow. Staff understands that those currently living in the units will have to be temporarily relocated during construction and offered new units in the development once it is complete, added Gow.

He said that Life Cycle Housing has applied to rezone the property to a comprehensive development zone that would permit the desired density of 24 units while being able to maintain the development form (townhouse and cluster housing) that the society believes would integrate best into the surrounding neighbourhood.

Gow outlined in a report that a public meeting was held in April 2018, hosted by Life Cycle Housing. About 20 people were in attendance, and Gow stated that the room seemed to be divided between those who supported the proposal and those who did not. He stated that some of the concerns included parking congestion on the surrounding streets, development of the vacant parcel and additional density in the neighbourhood.

Councillor Maggie Hathaway said the project has been a long time in the works and she’s glad it’s coming to fruition. She said she is totally in favour of it.

“There is no question we have a need for affordable housing,” said Doubt. “I approve of that. This is a great location to do it as long as everyone is happy to have it there.”

Doubt said he has a concern for the people who live in the existing units. He said he understands they will have to be relocated for the period of construction.

“Being relocated to somewhere else is not always an easy thing and to find suitable rent and suitable housing can be difficult,” said Doubt.

Life Cycle Housing Society representative Francis Ladret said the society met with the tenants and they are aware of what is coming. She said they are working on a tenant relocation plan. Three tenants have found alternative housing and have been given an option for occupying units in the new development. There is a fourth tenant who the society thinks will relocate to one of the other Life Cycle facilities. She said Life Cycle Housing will be looking for temporary housing for four people for about a year.

Ladret said BC Housing will subsidize the rent, within reason. Life Cycle will pay the moving costs and storage, said Ladret, until the new units are available.

Councillor Jim Palm said it is an exciting project, especially when it comes to affordability of housing, which continues to spiral out of control.

“We are doing our part as best we can to keep those costs down in Powell River,” said Palm.

The committee gave unanimous consent to send the matter to city council for consideration.