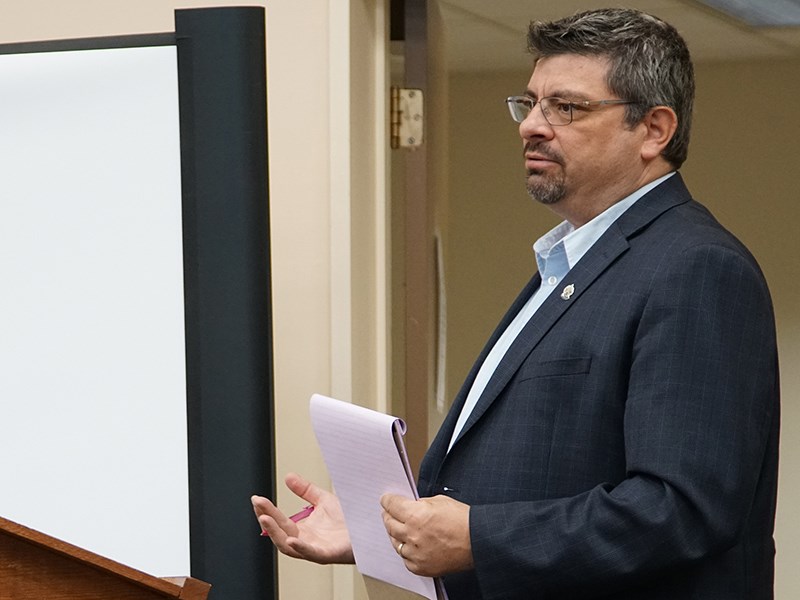 City of Powell River Council is content with the meeting schedule initiated with the onset of the COVID-19 pandemic.

In response to changing dynamics brought on by the pandemic, council changed its meeting schedule to cancel all committee of the whole and finance committee meetings until the end of August.

At the May 21 city council meeting, corporate officer Chris Jackson said he was taking the opportunity to check in and see if councillors wanted to alter the planned meeting schedule.

“This is your opportunity to let me know how it’s going,” said Jackson.

Councillor George Doubt said he was satisfied with the meeting process the way it is going now.

“Council is doing a reasonable job of dealing with the things that have to be dealt with in a quick manner,” said Doubt. “The only thing I have a concern about is making sure there are opportunities for the public to ask questions of council. Something we’ve lost during this period is members of the public attending and asking questions at the end of the council meeting about things that were on the agenda. It’s quite difficult for people to do that.”

Doubt said he receives emails between council meetings and tries to answer them. He said, however, that having a process set up for people to ask questions, by email or joining in on the city’s conference call during meetings, would provide an opportunity for people to ask relevant questions.

Mayor Dave Formosa said his recommendation was that council carry on with its weekly council meetings while it is working through the pandemic.

“It’s not like any of us are going on holidays in the next little while,” said Formosa.

Councillor Maggie Hathaway also expressed concern, because of physical distancing, that the public is limited in its ability to be present during council meetings.

“I would like to see us somehow get around that,” said Hathaway. “It just seems like at the end of meetings, there’s no one there to ask questions.”

Formosa said there was the prospect of having questions online, with a computer for that purpose.

Councillor Jim Palm said he was fine with the week-to-week council format, and if people have questions or concerns, the quickest way is to email Jackson and request to be on the agenda as a delegation.

Formosa said council cannot use Zoom, a popular videoconferencing platform, because the city’s technical people will not allow it to run on the city system.

Jackson said the city has never turned anyone away as a delegation, although requests to appear are diminished in the pandemic era.