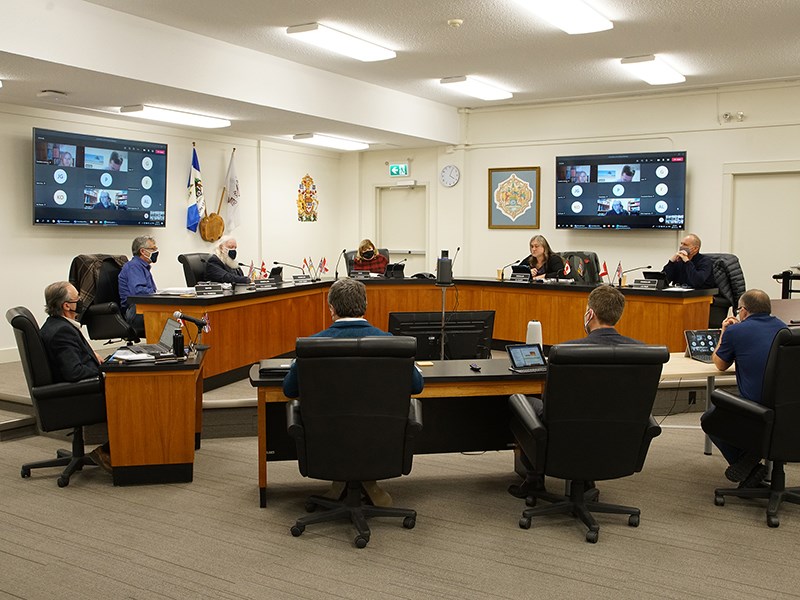 A group of concerned Powell River residents have expressed concerns to city councillors regarding several resignations from select committees.

Some councillors, however, have expressed that it’s part of the regular ebb and flow of committee involvement.

At the January 19 committee of the whole meeting, two letters were received from Pat Martin on behalf of City Matters, which she described as a coalition of residents interested in protecting and promoting the long-term welfare of Powell River and its people.

“City Matters noted that over the last four years, several community leaders have resigned from city committees or directorships alluding to undue influence by elected or appointed city officials, and thus, believed that they were unable to do their jobs with which they were tasked,” stated Martin in a letter dated January 4, 2021.

Martin followed up her original letter with another on January 9, indicating that City Matters had become aware of three more resignations from the CFAC.

“City Matters agrees there is significant value in the city involving its citizens on select committees, as long as all points of view are given equal consideration and weight,” stated Martin. “This doesn’t appear to be happening. Because there are only six community members, all male, remaining on the CFAC, we believe this committee needs to start over, using the member survey and resignation letters as guidelines on what to do differently.”

At the committee of the whole meeting, CFAC vice chair and councillor George Doubt said he was proud of city council for appointing a number of forward-looking committees to do city business and make recommendations. Doubt said he has been doing some reading on committees to hopefully make them work better.

“I’ve learned a couple of things,” said Doubt. “One is a recognition by people who know more about local government than I do that changing people’s ideas about the way they have input to local government is a difficult process.

“Most people who deal with local government do it when they have something to object to, or when they want to tell people they think council is doing something wrong. The committees we’ve appointed recently, the CFAC, the firehall committee, the wastewater treatment plant committee, those are all about asking the community for positive, forward-looking suggestions on where the city should go. The transition of one model of input to another is difficult and not everyone is prepared to do that.”

Doubt said regarding the CFAC, there have been a number of resignations from the committee.

“We started out with 14 people on the committee, which, in my view, was a very large committee to try to get something done.,” said Doubt. “In my experience, having more than six people on a committee becomes very difficult to get down and listen to everybody’s opinion and make decisions. Nevertheless, we started with 14 and we’ve lost six people from the committee for a variety of reasons.

Doubt said they have addressed the question of adding more people on the committee and the preference is to go ahead as things are now.

Councillor Rob Southcott said he has an appreciation for the people who have volunteered to participate because it’s a monumental piece of work.

He said it’s troubling that people resigned but he respects the capability of all the people who remain to do the work the committee is set to do. He said, however, that female, gay, non-binary, or young voices are not on the committee.

“I’m the very last one to throw the baby out with the bathwater and I don’t know if there’s any answer beyond that,” said Southcott. He added, however, that he thinks the city should rejig its terms of reference for future committees.

Councillor Cindy Elliott said she thought the city needed to respond to the letters.

She added that for the areas where the city is missing representation on that committee, there needs to be another process to gain input from these people.

“I don’t know the exact way we should do that but I think some of the reasons we struggle with that demographic is because for people in those demographics, it’s not easy for them to put in the time at that time of day,” said Elliott. “I think the answer is to look into the culture of the people you are trying to work with. I would have loved to attend all of the CFAC meetings but I can’t do it. I’m part of the demographic we are trying to encourage in that committee.”

“On every one of our committees, some people leave for whatever reason,” said Formosa. “There are so many reasons why they don’t all stick together. I wouldn’t beat ourselves up if there was a resignation on every committee. I think you’ll find that’s pretty common no matter what gender you are.

Formosa said he thinks good work will come from the CFAC. He said the city tried hard to have a good variety of the community represented.

Councillor Jim Palm said from his involvement in committees, there have always been resignations, for a variety of reasons.

“Whatever the reason, committees have to have members who are committed, hardworking, knowledgeable, respectful and hopefully, team players who work in a particular direction to make the committee work successfully,” said Palm. “In this particular case, when you have that many at the table, you may not find that’s the case. I agree with councillor Doubt when he says less is more.

Councillor CaroleAnn Leishman said she was looking at the terms of reference for the CFAC and it states clearly that the committee shall be made up of members of the public, so collectively there is balanced, diverse and inclusive representation from a variety of ages, genders and socioeconomic backgrounds. She said from a process perspective, terms of reference have to be amended if the city is going to keep the committee with one demographic of the community represented.

She said she is appreciative of the people who are still on the committee and values their participation.

The committee voted to note and file the correspondence and provide a response to City Matters, with Elliott and Leishman opposed.

After the meeting, Martin said although city councillors discussed the letters from City Matters, councillors did not address the core issue: why are community leaders and professionals leaving the city’s directorships and select committees?