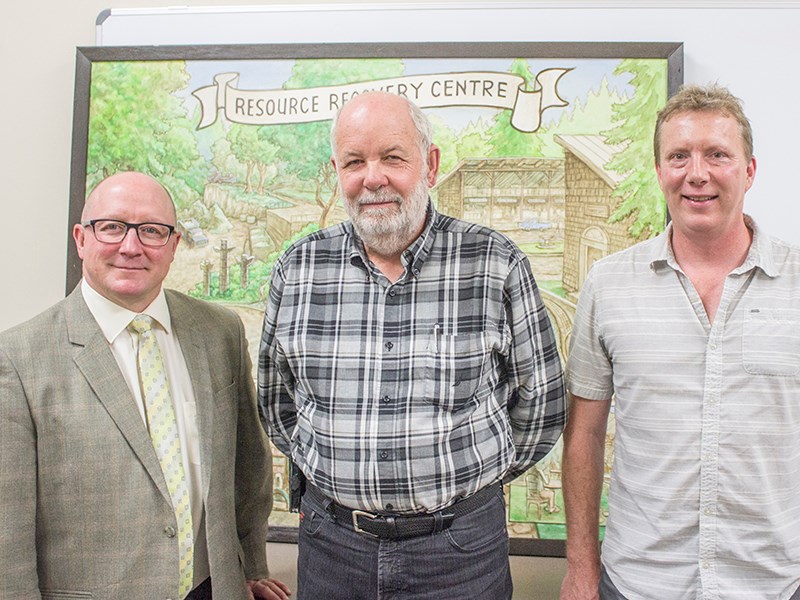 Powell River Regional District (PRRD) staff announced at a press conference Tuesday, July 5, that the district has received a $6-million grant from the federal government to clean up the former waste-incinerator site near Willingdon Beach and build a resource-recovery centre.

The project was one of seven the Government of Canada announced it would be supporting though its strategic priorities fund, a part of the government’s 2016 federal gas tax fund.

“This is the largest grant received by this regional district,” said chair Patrick Brabazon. “I’m a firm believer in incremental progress. If I can’t save the world tomorrow, maybe I can save just a little bit of it right now. This is more than just a bit.”

The project, which will begin in January 2017, is expected to take five years to complete. When finished, the work will restore the site and include areas for expanded recycling, botanical gardens, part of the area’s bio-remediation, an education centre, a bike path to Townsite and trails to Powell River Recreation Complex.

City of Powell River operated the former waste incinerator and dump site between the early 1970s and the summer of 1995. According to PRRD manager of community services Mike Wall, the site still contains ash stockpiles, glass, tires, roofing, building-material waste, stumps, soil and asbestos. In total, this accounts for a stockpile of 68,350 cubic metres of waste and recyclable materials, he said.

Total cost of the cleanup and construction of the state-of-the-art facility is estimated at $8.8 million. The regional district will be contributing the remaining $2.8 million to cover the balance of the project as a requirement of the grant.

“What we’re looking at now is a proper closure that meets Ministry of Environment standards, an educational opportunity and a facility that will help us divert easily 60 per cent of our trash,” said Wall. “It’s beyond thrilling to hear the strategic priorities fund-review panel comment that our application has significant merit.”

Wall added that the facility, which has had wide community support, will help improve the local economy and provide leadership in the province and country in waste management.

The other six BC grant approvals received between $5 million and $6 million for various infrastructure projects.