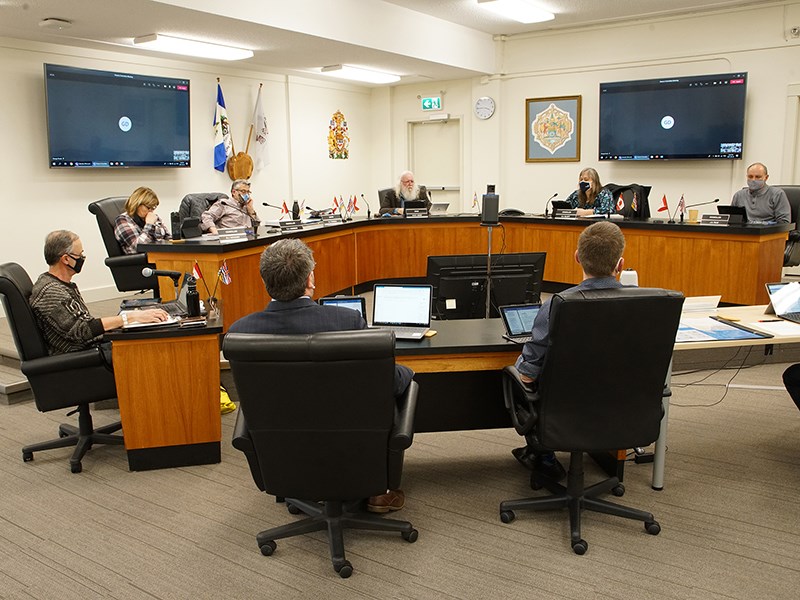 City of Powell River councillors expressed that they are working to find balance between services and taxation when responding to correspondence at the finance committee meeting.

Councillors deliberated over a letter sent by Powell River resident Paul McMahon at the February 25 meeting. McMahon, in his letter, suggested there has been a rapid expansion of services in the city.

“I would respectfully suggest that if council had maintained the same level of services, Powell River would be in a much better fiscal position,” stated McMahon. “The stark reality is the level of services is rapidly increasing. The additional services are both for essential and discretionary projects, however, in many cases, are pandering to small interest groups or individual councillors’ personal ideologies.”

“I get it but I wish it was that easy; some of the new services are there because this council felt they needed to support some of these services” said Formosa. “Some of them are to do with drug overdose issues, homelessness issues, they are to do with the underprivileged issues, with housing issues and the sustainability and climate change issues. These are things that are just part of the new world. We’re a city and we have to deal with them.

The mayor said he is also a taxpayer and there will be hard work in getting more tax dollars.

“With the influx of new people, we are seeing new businesses, new professionals and new folks coming,” said Formosa. “I saw we’re doing what we have to do and it’s a tough job.”

Councillor Jim Palm said he wanted to thank McMahon for doing his due diligence on the finance front. Palm said McMahon had been to a number of finance committee meetings over the years and is one of the few taxpayers who show up to meetings on a regular basis.

“He does the best to inform the public,” said Palm, adding that this time of year, council is always in a tough spot for taxation and moving the community forward.

“I’m happy to say, knowing where we’ve come from, we’ve come a long way,” added Palm. “We’ve done a lot of good things. We are doing our best to manage our finances, and as the mayor says, I have a lot of positive vibes about where this community is going in the future. We’re going to be fine down the road.”

“I feel pretty confident in what we are doing,” added Southcott.

Finance committee chair George Doubt said it is nice to hear from McMahon, talking about city finances. He said answers to questions he gets from the public, about what services are being provided and why they cost so much, are being answered at every council and finance committee meeting, where councillors are going through plans for maintaining services in the community.

Doubt said council has decided to keep the same levels of service as in the past, which means keeping the recreation complex going, doing what can be done to keep roads in decent shape, and providing a safe community for people to live in. He said additionally, there are topics such as climate action and working on social housing and trying to improve the social network throughout the region.

“Council is always working on looking at what the services can be provided and how they can be done most cost effectively, and keep tax increases to the level that they are,” said Doubt. “It’s higher than anyone would like to see but there is a cost to doing business. Council has been diligent in trying to keep those costs to a minimum and keep tax increases to a minimum, while providing services to the community.”

He said it appears there is an influx of people into the community and it’s because this is a great place to live.

“We’re all working hard to keep it that way,” added Doubt. “The city is in a reasonable window for debt servicing and we also have reserves. That’s a good thing.”

The finance committee voted to receive the correspondence from McMahon.